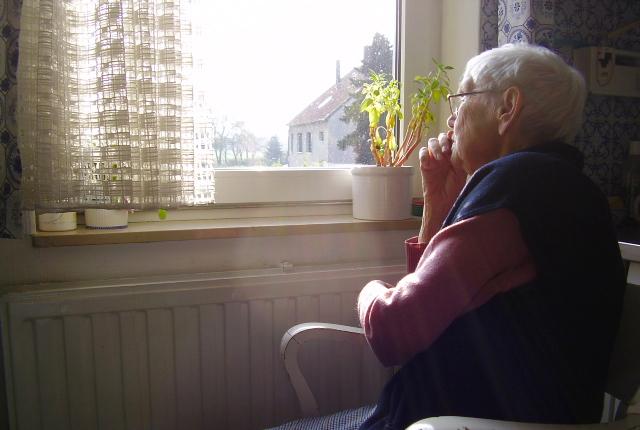 Creative Commons/Borya
Among the elderly, prescription opioids have also been linked to a greater risk of bone fractures, hospitalizations and deaths from all causes.

More than 30 percent of Medicare beneficiaries who have been prescribed opioid painkillers get those prescriptions from multiple health-care providers — a practice that significantly raises the risk of being hospitalized for opioid-related injuries and medical conditions, according to a study published last week in the British Medical Journal (BMJ).

That 1-in-3 number was unexpectedly high, said Pinar Karaca-Mandic, one of the authors of the study and an assistant professor of health policy and management at the University of Minnesota, in a phone interview Friday.

“We were thinking more along the lines of 5 or 10 percent,” she said. “When we saw that the numbers were large, we were very surprised.”

That’s more than from overdoses of heroin and cocaine combined.

Among the elderly, prescription opioids have also been linked to a greater risk of bone fractures, hospitalizations and deaths from all causes.

As background information in this new study points out, U.S. health officials have become increasingly concerned about the frequency with which patients can obtain opioid prescriptions from different health-care providers, including physicians, dentists and, less commonly, physician assistants. This was the first large national study to specifically look at the problem among Medicare beneficiaries.

Medicare is the main source of insurance for people aged 65 and older. It also insures younger people who have a long-term disability or a diagnosed fatal disease, such as amyotrophic lateral sclerosis. In 2012, almost 50 million Americans were insured by Medicare, of whom 85 percent were aged 65 or older.

For the BMJ study, Karaca-Mandic and her co-authors from Harvard University and the University of Southern California, reviewed the medical records of 1.8 million Medicare beneficiaries who received at least one prescription for an opioid in 2010.

After analyzing the data, the researchers found that 30.5 percent of those beneficiaries had received their prescriptions from multiple providers.

Of the 1.2 million Medicare beneficiaries in the study who filled more than one opioid prescription in 2010, 34.6 percent got the drugs from two providers, 14.2 percent from three providers, and 11.9 percent from four or more providers.

The data also revealed that many of those patients were receiving the drugs from different providers concurrently.

The more doctors who prescribed opioids to a patient — especially when those prescriptions were concurrent — the more likely the patient would end up in the hospital for an opioid-related overdose or serious side effect, such as confusion, breathing problems, or falls.

“Two people could each have 10 prescriptions,” explained Karaca-Mandic, “but if one got them from two prescribers and the other from only one,” the patient with the two prescribers was about one-and-a-half times more likely to be hospitalized.

And patients in the study who got their prescriptions from four or more prescribers were about three times more likely to be hospitalized.

The study also found that the risk of hospitalization increased if the patients were taking certain other types of prescription drugs, such as stimulants, non-narcotic pain relievers and muscle relaxants, along with the opioids.

In addition, women were more likely to be hospitalized than men.

The study was not designed to determine why so many Medicare beneficiaries are receiving opioids from multiple health-care providers. Certainly, some patients may be “doctor-shopping” — seeking care (and prescriptions) from multiple health care practitioners, often with the explicit purpose of getting access to more drugs.

But Karaca-Mandic and her colleagues believe that their study’s findings  reflect another serious and more widespread problem: fragmented health care. Many older people visit a variety of health-care specialists each year for different ailments, and those providers are often unaware of what medications the others have prescribed to the patient.

“In the ideal world, the second specialist would ask, ‘Are you using any opioids?’” said Karaca-Mandic.

Karaca-Mandic and co-authors call on health officials and physicians to do a better job of educating patients about the risks of obtaining prescription opioids from multiple providers. They also urge states to strengthen their prescription-drug-monitoring efforts so that doctors — and pharmacists — can get quick and thorough access to databases that list all the drugs prescribed to individual patients.

The CDC has also instructed physicians to be more vigilant about following guidelines for responsible painkiller prescribing.

“These are dangerous medications and they should be reserved for situations like severe cancer pain where they can provide extremely important and essential palliation,” said Dr. Thomas Frieden, director of the CDC, in a press briefing last year. “In many other situations, the risks far outweigh the benefits.”

You can read the BMJ study in full on the journal’s website.

Getting opioid painkillers from multiple doctors is common among Medicare patients, U of M study finds