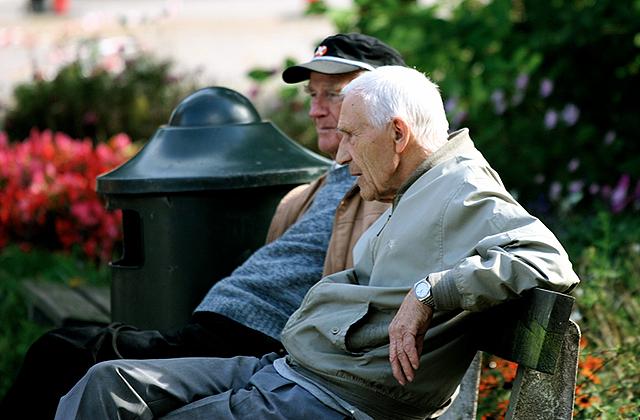 Creative Commons/Ernst Vikne
The findings suggest that disability is more strongly associated with sedentary activity than not exercising.

As I’ve reported here before, a growing number of studies have suggested that sitting around for long periods of time during the day is bad for our health — whether or not we get up for an hour or two to do some vigorous exercise.

Well, another such study was published this week. This one involved people age 60 and older. It found that sedentary behavior was a significant risk factor for being disabled — regardless of how much moderate-to-vigorous exercise the study’s participants got.

And, yes, the study did adjust for independent factors associated with disability, such as income level and chronic illness.

In fact, the findings suggest that disability — defined in this study as difficulty carrying out daily self-care tasks, such as getting dressed or bathing — is more strongly associated with sedentary activity than not exercising.

Yet, as the study’s authors also point out, only about 10 percent of older Americans are counseled by their physicians to reduce their sedentary behavior. That compares with 53 percent who are advised to increase their physical activity.

For the study, which appears in the Journal of Physical Activity & Health, researchers, led by Dorothy Dunlop, a professor of medicine at Northwestern University in Chicago, analyzed health data collected from more than 2,287 adults, age 60 or older, as part of the U.S. Centers for Disease Control and Prevention’s ongoing National Health and Nutrition Examination Survey (NHANES).

Further crunching of the data revealed that the odds of being disabled (limited in carrying out basic daily activities) were almost 50 percent greater for each hour spent daily in sedentary behavior — independent of time engaged in moderate-to-vigorous exercise.

The odds were even greater (60 percent) for women.

Here’s how the researchers explain that rather stunning finding: “If two women of the same age engaged in identical moderate-vigorous hours, but one spent an additional hour each day being sedentary,” the women with that extra sedentary hour would be 60 percent more likely to be disabled.

The study has many limitations, of course. Most importantly, it is an observational study and thus can show only a correlation, not a cause-and-effect, between two things (sedentary behavior and disability). Even though the researchers adjusted for several independent factors, other ones not captured in the data could explain the study’s findings.

In addition, the study only evaluated the data at a single point in time. (Dunlop is apparently currently conducting a longitudinal study on sedentary behavior and the risk of disability.)

Remember, the participants in the current study sat around for an average of almost 9 hours a day.

Steps you can take

“Sedentary behavior is a separate disability risk factor as opposed to a mere synonym for inadequate physical activity,” write Dunlop and her colleagues.

Even replacing 30 minutes a day of sedentary time with an equivalent amount of light physical activity has been shown in other research to improve physical health, they point out.

In a press statement released with the study, Dunlop offers the following tips:

1. Stand up when you talk on the phone or during a work meeting.

2. When you go to the grocery store or mall, park in a space farthest away.

3. When you get up to have a glass of water, walk around the house or office.

4. Walk for short errands instead of taking the car.

5. Take the stairs instead of the elevator, if you’re able.

You’ll find an abstract of the study at the Journal of Physical Activity & Health website.