One in 14 women around the world aged 15 or older has been sexually assaulted by someone other than an intimate partner, according to a new study by an international team of researchers.

But even that disturbing number is probably a low estimate, the study points out, because sexual violence often goes unreported as a result of women’s fear of being blamed and a lack of support from families and communities.

“Sexual violence against women is common worldwide, with endemic levels seen in some areas,” write the study’s authors.

“Our findings,” they add, “indicate a pressing health and human rights concern.”

For the study, which was published Tuesday in the journal The Lancet, researchers from the South African Medical Research Council, the London School of Hygiene & Tropical Medicine and the World Health Organization, examined reports and studies published from January 1998 through December 2011 that offered data on the prevalence of non-partner sexual violence against women.

The researchers eventually identified 77 studies, published in several languages, which contained 412 estimates of violence from 56 countries. Most of the studies elicited their data by asking women a single question, such as “Were you ever forced to have sex or to perform a sexual act when you did not want to with someone other than your partner?”

Using that data, the researchers estimated that, globally, 7.2 percent of women aged 15 and older had experienced sexual violence by somebody other than a partner.

The lowest rates were seen in India, Bangladesh and Turkey, where they ranged from 3 percent to 4.5 percent.

The researchers warn, however, that regional variations need to be viewed with extreme caution. Data on sexual violence is collected very differently from country to country, and women in some cultures are much less likely to report a violent sexual assault than those living elsewhere. Indeed, for many countries, the researchers were unable to find any data. 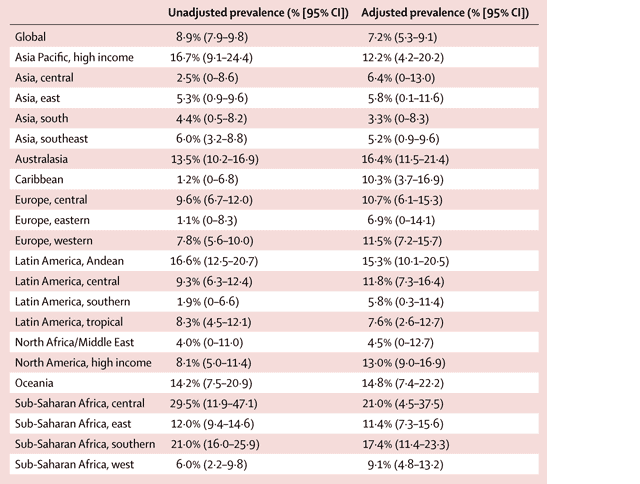 * Adjustment made for national-level studies, combined perpetrators, and training of fieldworkers.

Driven by headlines and need for data

As they indicate in the introduction to their study, the impetus for this study came partly from media headlines. “Reports of rapes and murders of young women in India and South Africa have focused international attention on the horror of sexual violence,” the researchers write. “Although it is tempting to view these events as isolated, they should be seen as part of a larger, daily reality of sexual violence against women.”

They hope that the data from this new study will lead to urgently needed changes in attitudes — and laws.

“The study is a landmark in its scale and rigour and offers a unique evidence base that confirms the need to address this public health challenge and violation of human rights worldwide,” writes Kathryn Yount, a sociologist at Emory University who studies global gender inequality and health disparities, in a commentary that accompanies the study.

“Non-partner sexual violence has far reaching but underdocumented consequences for the social, economic, and health-related wellbeing of women and societies,” she adds. “… The data [in the new study] confirm that nonpartner sexual violence is neither rare nor geographically isolated and, thus, that existing laws and systems of accountability remain inadequate. Effective responses will require widespread legal and institutional change.”

The study can be read in full on The Lancet website. The site also has a link to a podcast interview with the study’s lead author, Naeemah Abrahams of the South African Medical Research Council.