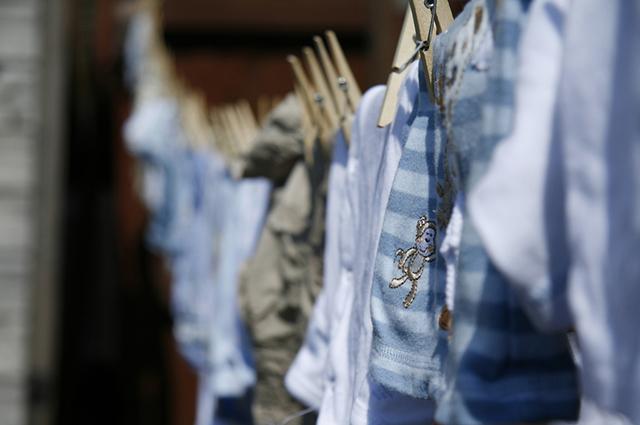 Creative Commons/Neil Barnwell
Used as flame retardants in children’s clothing, furniture and other products, PBDEs have been associated with neurodevelopmental deficits in children in both Europe and the United States.

The number of industrial chemicals known to cause neurodevelopmental disabilities among children — such as autism, attention-deficit hyperactivity disorder (ADHD) and dyslexia — has doubled from six to 12 over the past seven years, according to a new study published last Friday in the journal Lancet Neurology.

The study also found that the list of recognized human neurotoxicants — chemicals known to injure the adult human brain but have not yet been linked definitively to neurodevelopmental disabilities in children — increased from 202 to 214 over that same seven-year period.

These are chemicals that are widely used throughout the world, and can be found in our food and air as well as in everyday products we use in our homes and gardens, including clothing, furniture and toys.

But those numbers represent only the tip of the iceberg. As pointed out by the study’s authors, Dr. Phillippe Grandjean, an environmental epidemiologist currently teaching at the Harvard School of Public Health, and Dr. Philip Landrigan, a pediatrician at the Icahn School of Medicine at Mount Sinai Hospital in New York City, very few of the more than 80,000 pesticides, solvents and other industrial chemicals in widespread use in the United States and elsewhere have ever been tested for their toxic effects on the developing brain (or on the adult brain, for that matter).

As a result, say Grandjean and Landrigan, we are in the midst of a “global, silent pandemic of neurodevelopmental toxicity.”

A new global prevention strategy to control the use of these substances is urgently needed, the two researchers stress. “Untested chemicals,” they write, “should not be presumed to be safe to brain development, and chemicals in existing use and all new chemicals must therefore be tested for developmental neurotoxicity.”

As Grandjean and Landrigan note in the introduction to their study, it’s estimated that 10 percent to 15 percent of all children born in the United States develop some kind of neurodevelopmental disability. Genes have been identified as playing a role in only about 30 percent to 40 percent of these cases. Thus, scientists believe that the primary cause of these disabilities is exposure to non-genetic environmental factors.

Exposure to toxic chemicals is a leading suspect in many of those environmental cases. “The developing human brain is uniquely vulnerable to toxic chemical exposures, and major windows of developmental vulnerability occur in utero and during infancy and early childhood,” explain Grandjean and Landrigan. “During these sensitive life stages, chemicals can cause permanent brain injury at low levels of exposure that would have little or no adverse effect in an adult.”

Proving that connection is, however, extremely difficult, and for many reasons. To begin with, these chemicals are pervasive, and thus people are exposed to many of them at the same time. That can make pinpointing the possible neurotoxic effects of a single chemical very difficult. Another problem is that some chemicals are eliminated rapidly from the body, so figuring out people’s exposure to the substances can be challenging — and can lead to an underestimation of the true risk of the chemical’s toxicity.

As a result, it usually takes decades to recognize the severe danger that an industrial chemical can wreak on the developing brain. Such was the case with lead and methylmercury. Early warnings of the neurotoxicity of those chemicals were often ignored or even dismissed, write Grandjean and Landrigan, primarily because the effects — such as population drops in IQ — were not immediately evident at the clinical level.

Or, as Dr. David Rall, former director of the U.S. National Institute of Environmental Health Sciences, once noted: “If thalidomide had caused a ten-point loss of intelligence quotient (IQ) instead of obvious birth defects of the limbs, it would probably still be on the market.”

In 2006, Grandjean and Landrigan published a systematic review that identified five industrial chemicals — lead, methylmercury, polycholorinated biphenyls (PCBs), arsenic and toluene (a solvent used in gasoline, nail polish, paint thinners and other products) — as substances that can cause brain deficits in children. In this new review, they’ve updated the research on those five chemicals and added six others to the list:

A call for an international clearinghouse

The American Chemical Council (ACC) has issued a press release that calls Grandjean and Landrigan’s study “highly flawed” and claims that the two authors “ignore the fundamental scientific principles of exposure and potency.”

The assertions in the study, the press release adds, “do nothing to advance true scientific understanding and only create confusion and alarm.”

Grandjean and Landrigan argue, however, that the current system of presuming industrial chemicals and technologies are safe until proven otherwise “is a fundamental problem.”

“Classic examples of new chemicals that were introduced because they conveyed certain benefits, but were later shown to cause great harm, include several neurotoxicants, asbestos, thalidomide, diethylstilboestrol and the chlorofluorocarbons,” they write. “A recurring theme in each of these cases was that commercial introduction and wide dissemination for the chemicals preceded any systematic effort to assess potential toxicity. Particularly absent were advance efforts to study possible effects on children’s health or the potential of exposures in early life to disrupt early development.”

Grandjean and Landrigan call for the formation of an international clearinghouse on neurotoxicity that would not only test all new chemicals for developmental neurotoxicity before they receive governmental approval, but would also begin to systematically test the tens of thousands of chemicals already in use around the world.

“Our very great concern,” they write, “is that children worldwide are being exposed to unrecognized toxic chemicals that are silently eroding intelligence, disrupting behaviours, truncating future achievements, and damaging societies, perhaps most seriously in developing countries. A new framework of action is needed.”

You can read their study on the Lancet Neurology website.

A ‘silent pandemic’ of toxic chemicals is damaging our children’s brains, experts claim