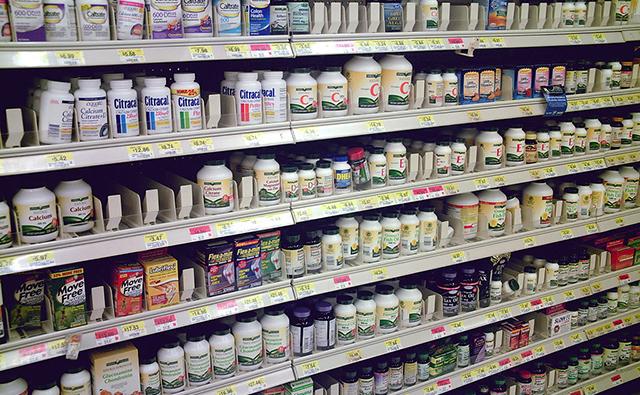 Creative Commons
There is no good evidence that vitamin or mineral supplements protect against either cancer or heart disease.

On Tuesday, the U.S. Preventive Services Task Force officially updated its recommendation on the use of multivitamin supplements for the prevention of cancer or heart disease.

The recommendation by this independent panel of experts is essentially the same as the draft version released for public comment last fall: There is no good evidence that vitamin or mineral supplements protect against either cancer or heart disease.

In fact, the task force concludes that taking supplements of beta-carotene (vitamin A) may actually increase the risk of developing lung cancer, particularly among smokers. They thus recommend against the use of beta-carotene supplements, either alone or in combination with other supplements.

Their overall recommendation, the task force stresses, applies only to healthy adults and not to children, women who are pregnant or considering becoming pregnant, or people with a chronic illness or a specific diagnosed nutritional deficiency, such as Wernicke-Korsakoff disease or pellegra.

No substitute for healthful foods

I reported on the draft version of this recommendation last November, but I feel it’s important to bring attention to it again. For, as the Task Force notes, supplements continue to be promoted for the prevention of heart disease and cancer, and surveys have found that many physicians and nurses recommend dietary supplements to their patients for general health and wellness.

Yet, as the Task Force stresses — along with other major health organizations, such as the American Cancer Society, the American Institute for Cancer Research, the American Heart Association and the American Academy of Family Physicians — vitamin and mineral supplements are no substitute for eating a variety of healthy foods, most notably, fruits, vegetables and whole grains.

Still, despite the growing number of medical experts who point out how wasteful and potentially harmful these products are, Americans continue to believe in the supplement industry’s hype. In 2010, U.S. consumers spent $28.1 billion on vitamins, minerals and other dietary supplements.

An increase in prostate cancer

The publication of the Task Force’s final recommendation comes on the heels of the latest findings from the large randomized clinical trial known as SELECT (Selenium and Vitamin E Cancer Prevention Trial).

This study, which began in 2001 and was supposed to last 12 years, was originally designed to determine whether vitamin E (400 IU daily) or selenium (200 micrograms daily) — or a combination of the two — could prevent prostate cancer. Some 35,000 men aged 50 and older were recruited for the study.

But the study was discontinued in 2008, seven years after it began, when the data — quite unexpectedly — showed that the men taking vitamin E were at an increased risk (a 17 percent increased risk, it was later determined) of developing prostate cancer.

Researchers have continued to follow the men.  Last week, SELECT researchers reported in the Journal of the National Cancer Institute (JNCI) that taking vitamin E or selenium supplements is associated with a doubling of the risk of prostate cancer — depending, however, on the levels of selenium already in the men’s bodies.

Taking selenium supplements was associated with a 91 percent increased risk of high-grade prostate cancer among men who already had high levels of the mineral in their bodies when the study began.

As for vitamin E, taking supplements was associated with a 111 percent increased risk of high-grade prostate cancer. Interestingly, however, that increased risk was found only among men with low levels of selenium in their bodies at the start of the study.

This last finding may explain, say the study’s researchers, one of the SELECT study’s original findings: Men in the study who took vitamin E plus a placebo pill had an increased risk of developing prostate cancer, but not men who received both vitamin E and selenium. Selenium may counter the negative effects of vitamin E.

All of these findings illustrate just how little is understood about dietary supplements and their effect on health and disease.

“Many people think that dietary supplements are helpful or at the least innocuous,” Alan Kristal, lead author of the Journal of the National Cancer Institute’s study and a professor of epidemiology at the Fred Hutchinson Cancer Research Center, said in a statement released with the study. “We know from several other studies that some high-dose dietary supplements — that is, supplements that provide far more than the daily recommended intakes of micronutrients — increase cancer risk. We knew this based on randomized, controlled double-blinded studies for folate and beta carotene, and now we know it for vitamin E and selenium.”

“Men using these supplements should stop, period,” he added. “Neither selenium nor vitamin E supplementation confers any known benefits — only risks. While there appear to be no risks from taking a standard multivitamin, the effects of high-dose single supplements are unpredictable, complex and often harmful. Taking a broad view of the recent scientific studies there is an emerging consistency about how we think about optimal intake of micronutrients. There are optimal levels, and these are often the levels obtained from a healthful diet, but either below or above the levels there are risks.”

The JNCI study is behind a paywall, but you can read the Task Force’s recommendation in full on the Annals of Internal Medicine website.