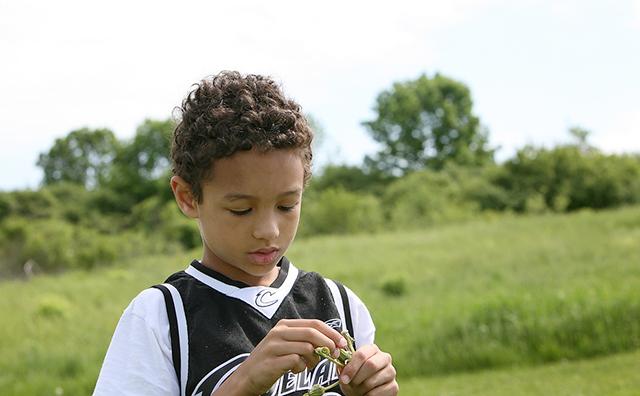 Creative Commons/Juhan Sonin
The CDC estimates that 1 in 68 children aged 8 years old had autism in 2010.

The number of children in the United States with autism spectrum disorder is higher than previously thought, according to new data released Thursday by the Centers for Disease Control and Prevention (CDC).

It’s less, though, than the 1 in 48 children aged 7 to 9 who were identified in Minneapolis as having autism in a report released last fall by researchers at the University of Minnesota. That figure was also based on 2010 data.

CDC officials caution against interpreting the jump in the prevalence figure as meaning that children are more likely to develop autism today than they were, say, a decade ago.  A more probable explanation for the increase, they say, is that pediatricians and others are doing a better job at identifying and diagnosing children with this form of developmental disability.

The data for the CDC numbers comes from 11 different communities across the country, none of which was in Minnesota. All 11 sites participate in the Autism and Developmental Disabilities Monitoring Network, which has been providing estimates of the prevalence of autism among 8-year-old children since 2000.

Health officials collect data on 8-year-olds because most children are diagnosed with autism by that age.

Although the overall prevalence in the latest report was 1 in 68, the estimates varied widely among the 11 sites, from 1 in 45 in New Jersey to 1 in 175 in Alabama.

As in earlier CDC reports, autism was about five times more common among boys (1 in 42) than among girls (1 in 189). The disorder was also diagnosed much more frequently among white than among black or Hispanic children.

The racial and ethnic differences are probably related “to how children are identified and diagnosed and served within their communities,” said Coleen Boyle, director of CDC’s National Center on Birth Defects and Development Disabilities, during a telebriefing session with reporters on Thursday.

The CDC study also found that almost half of children identified with autism in 2010 had average or above-average intellectual ability (an IQ about 85). That compared to a third of children diagnosed with the disorder a decade ago.

“It could be that doctors are getting better at identifying these children, there could be a growing number of children with autism and higher intellectual ability, or it may be a combination of better recognition and increased prevalence,” said Boyle.

According to the CDC, most children with autism are diagnosed after age 4, even though the disorder can be identified as early as age 2.

Last fall’s University of Minnesota report found that the average age of diagnosis for Minneapolis’ children was 5.

“Research tells us that the earlier a child with autism is identified and connected with services, the better,” said Boyle. “Our message to parents is, if you have a concern about how your child plays, learns, speaks, acts, or moves, take action, don’t wait.”

The CDC report appears in the March 28 issue of Morbidity and Mortality Weekly Report (MMWR).