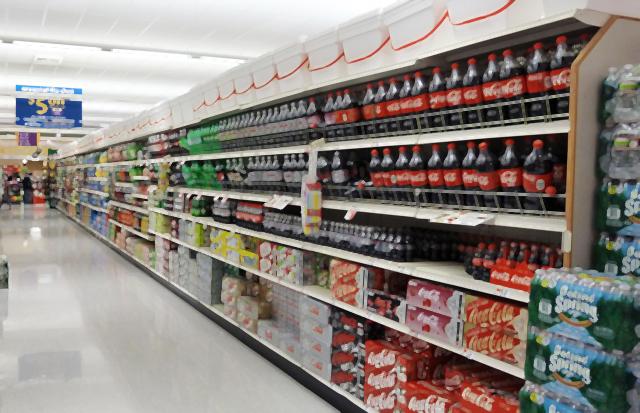 Original photo: Creative Commons/mroach
WHO experts say that cutting down on our daily sugar consumption to the 5 percent level would help reduce obesity and tooth decay.

We should try to limit our daily consumption of sugar to no more than 5 percent of our total calories, but if we can’t do that, we should definitely keep it below 10 percent, according to new draft guidelines published Wednesday by the World Health Organization (WHO).

That 5 percent figure is half of what WHO recommended in 2002. And it’s much less than the 13 percent of daily calories that the average American currently gets from sugar.

WHO experts say that cutting down on our daily sugar consumption to the 5 percent level would help reduce obesity and tooth decay. They base their new recommendation on the findings of two large scientific studies, which were commissioned by the agency and published recently in BMJ and the Journal of Dental Research.

For an adult within the normal body-mass-index range, 5 percent of total daily calories would be about 25 grams — or six teaspoons — of sugar.

By sugar, WHO means all forms that are added to food (such as dextrose, glucose and fructose), as well as table sugar (sucrose) and the sugar naturally present in honey, syrups, fruit juices and fruit concentrates.

Sugar that occurs naturally in whole fruit, however, does not count toward the 25 grams. Health experts point out that the sugar in whole fruit is not associated with any adverse health effects, primarily because of how the fiber in the fruit slows down the body’s absorption of the sugar.

Of course, much, if not most, of the sugar consumed by Americans comes from processed foods. For example, a 12-ounce can of Coca-Cola contains 35 grams of sugar and a 6-ounce container of Yoplait strawberry yogurt contains 27 grams. Sugar is also “hidden” in breads (yes, even whole-wheat ones), ketchup, tomato sauces, salad dressings and much, much more.

For most people, getting to 25 grams is pretty easy.

But, as the accumulating research is making very clear, cutting back on sugar needs to be a public health priority — and for reasons that go beyond obesity and tooth decay. The health hazards presented by the overconsumption of added sugar is not just a matter, as we’ve been told for decades, of too many “empty calories.” Recent research has identified added sugar as a potential independent risk factor for a variety of chronic diseases, including high blood pressure, diabetes, liver cirrhosis, dementia and heart disease.

As Laura Schmidt, professor of health policy at the University of California, San Francisco, wrote recently: “Too much sugar does not just make us fat; it can also make us sick.”

Just this past February, a study led by researchers at the Centers for Disease Control and Prevention (CDC) reported that consuming foods and beverages with added sugar is associated with a 20 percent increased risk of death from heart disease — even after adjusting for body weight and obesity.

In other words, people in the study with a BMI in the normal range but who consumed a lot of added sugar were at an increased risk of dying from heart disease, as were those who were overweight or obese.

WHO’s draft guidelines on sugar consumption are open for public comment until March 31.