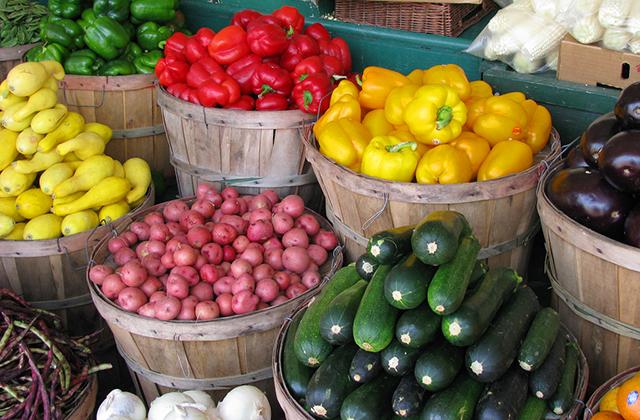 “Can we say what diet is best for health?”

That’s the provocative question asked by Dr. David Katz, director of the Yale-Griffin Prevention Research Center, in a long review article published this week in the journal Annual Reviews in Public Health.

In the article, Katz painstakingly compares the scientific evidence for and against popular diets — low-carb, low-fat, low-glycemic, Mediterranean, “mixed, balanced” (such as the DASH diet recommended by the National Institutes of Health), vegan and even Paleolithic (which tries to emulate the dietary pattern of our Stone Age ancestors).

His finding: None of the diets stands out as “best.” And anybody who tells you otherwise is just trying to establish a marketing advantage for their particular diet.

“There have been no rigorous, long-term studies comparing contenders for best diet laurels using methodology that precludes bias and confounding, and for many reasons such studies are unlikely,” Katz writes. “In the absence of such direct comparisons, claims for the established superiority of any one specific diet over others are exaggerated.”

The diets, however, share common elements, or what Katz calls “a more general dietary pattern,” that have proven to be beneficial to human health.

Those elements can be summarized, he adds, in three guiding principles:

And, yes, Katz does acknowledge that this advice is very similar to Michael Pollan’s famous saying: “Eat food. Not too much. Mostly plants.”

An important aspect of these three common dietary principles, says Katz, is that they help everybody, no matter what his or her age or health concerns.

Katz also warns about following any guidance “that places an exaggerated emphasis on any one nutrient or food.” Following such advice is “ill advised,” he says.

If widely adopted, his (and Pollan’s) simple dietary message could have a significant and beneficial impact on the public health, says Katz, perhaps even reversing some of the more troubling medical trends of recent decades, such as the rise in obesity and type 2 diabetes.

“This message, however, is at present a relatively feeble signal lost in a chorus of noise,” he writes. “In pursuit of marketing advantage, notoriety, or some other bias, the defenders of competing diets tend inevitably to emphasize their mutual exclusivities. This pattern conforms well with prevailing media practices, and the result is perpetual confusion and doubt.”

“If as a society we were genuinely interested in consensus about the best dietary pattern, rather than a never-ending parade of beauty pageant contestants, the compatibilities and complementarities of all reasonable candidates for best diet would be fairly evident,” he adds.

Of course, there’s also the challenge of getting people to change their eating habits, especially in the midst of that “chorus of noise.”

“The average supermarket in the United States offers in excess of 40,000 products, the majority of which are processed foods in bags, boxes, bottles, jars, and cans — virtually all of which sport marketing messages, many pertaining to health,” writes Katz. “Additional marketing messages populate pages, airwaves, and cyberspace.”

Consumers may need, he adds, the equivalent of a nutritional GPS to “traverse the foodscape and arrive at good health.”

Some such tools are out there, Katz says. He points to the latest Weight Watchers point system, as well as NuVal, a food point-scoring system that he helped develop, as validated examples of approaches that can work.

But it’s going to take a huge effort, Katz acknowledges, to move consumers “there from here.”

“The clutter of competing claims likely obscures the established body of knowledge and forestalls progress, much like the proverbial trees and forest,” he concludes. “We need less debate about what diet is good for health, and much more attention directed at how best to move our cultures/societies in the direction of the well-established theme of optimal eating, for we remain mired a long way from it.”

You can read Katz’s full report — including details about why your favorite dietary approach is not as evidence-based as you may believe — on the Annual Reviews in Public Health’s website.