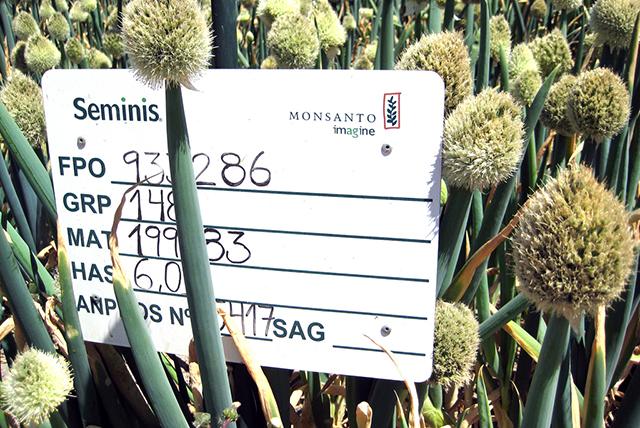 CC/Flickr/somenoise
12 percent of survey respondents said that “global dissemination of genetically modified foods by Monsanto Inc. is part of a secret program called Agenda 21, launched by the Rockefeller and Ford foundations to shrink the world’s population.”

Almost half of all American adults believe in at least one medical conspiracy theory, and 18 percent believe in three or more, according to a study published this week by two University of Chicago social scientists in JAMA Internal Medicine.

I find those numbers both stunning and depressing.

We’re not talking here about skeptical health consumers who just want to be sure that the medical advice and care they receive is evidence-based.

No, these are full-fledged medical conspiracists — people who believe that government health officials, drug companies and the medical community are deliberately withholding the truth about such matters as the discovery of a cure for cancer, or the alleged link between vaccines and autism, or the “real” reason genetically modified foods were developed (apparently, to keep people from having too many babies).

For the study, the social scientists, Eric Oliver and Thomas Wood, conducted a nationally representative online survey of more than 1,300 American adults late last summer. The survey asked participants to answer questions about six popular medical conspiracy theories, as well as questions about some of their personal health behaviors.

The researchers wanted to determine not only the strength of the American public’s support for these conspiracy theories, but also whether that support was associated with any specific health behaviors.

They found that the three most widely known conspiracy theories — ones recognized by 57 percent to 69 percent of the survey’s respondents — also had significant public support:

Amazingly, another 30 percent to 40 percent of the respondents said they couldn’t say one way or the other whether these statements were true or false.

Three other conspiracy theories received less support from the respondents, apparently because they were also less well known. But, once again, a remarkably high number of the respondents refused to take a stand against these theories, despite how ridiculous they sounded.

For example, 12 percent of the respondents said that “global dissemination of genetically modified foods by Monsanto Inc. is part of a secret program called Agenda 21, launched by the Rockefeller and Ford foundations to shrink the world’s population.”

Another 12 percent of the people surveyed said they agreed with the statement that “the CIA deliberately infected large numbers of African Americans with HIV under the guise of a hepatitis inoculation program.” This time 51 percent disagreed, but 37 percent remained on the fence about it.

On yet another conspiracy theory — that “public water fluoridation is really just a secret way for chemical companies to dump the dangerous byproducts of phosphate into the environment” — 12 percent once again agreed, while 46 percent disagreed and 40 percent took no stand for or against it.

Oliver and Wood also found that believing in these medical conspiracies was associated with a greater use of alternative medicine and an avoidance of conventional medicine.

People who adhered to three or more of the conspiracies (called “high conspiracists” by the researchers) were more likely to shop at farmers markets and to buy organic food and herbal supplements. They were less likely to use sunscreen, get flu shots, visit a dentist or have annual check-ups.

These correlations held even after the researchers adjusted for socioeconomic status and other factors.

“Although it is common to disparage adherents of conspiracy theories as a delusional fringe of paranoid cranks,” write Oliver and Wood, “our data suggest that medical conspiracy theories are widely known, broadly endorsed, and highly predictive of many common health behaviors.

“Rather than viewing medical conspiracism as indicative of a psychopathological condition,” they add, “we can recognize that most individuals who endorse these narratives are otherwise ‘normal.’”

In other words, the conspiracy theories arise not from paranoia, but from a common form of thinking bias that often occurs when people are trying to make sense of complex and confusing issues, including — or perhaps, especially — those involving science and medicine.

You can read the abstract on the JAMA Internal Medicine website.