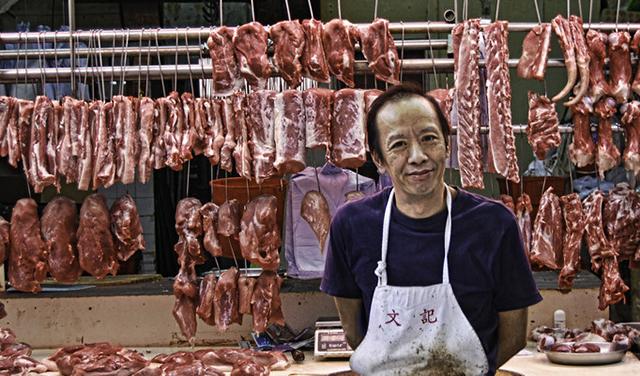 Adopting a diet low in saturated fat will not reduce your risk of heart disease or help you live longer, according to a provocative commentary published Thursday in the BMJ journal Open Heart.

That’s because saturated fat is not the dietary villain we have been led to believe, writes James DiNicolantonio, a cardiovascular research scientist at Saint Luke’s Mid American Heart Institute in Kansas City, Mo.

In fact, he says, our demonization of saturated fats has helped fuel the obesity and diabetes epidemic of recent decades.

DiNicolantonio is not the only heart-disease expert who is trying to get people to re-evaluate saturated fat. Last October, for example, British cardiologist Dr. Aseem Malhotra wrote a similar commentary for BMJ entitled “Saturated fat is not the major issue.”

Slowly, ever so slowly, it seems to be becoming more acceptable to question the long-standing advice that a low-fat diet is your best chance for a lean and healthy body.

Saturated fat, which is found primarily in fatty meats and whole-milk dairy products, should not, by the way, be confused with trans fats, which are artificially created and found in many fast foods and processed bakery goods. Trans fats (also called partially hydrogenated vegetable oils) are widely recognized as being a risk factor for heart disease.

Our journey down “the wrong ‘dietary-road’” began here in Minnesota, says DiNicolantonio. In the 1950s, University of Minnesota physiology professor and obesity researcher Ancel Keys made national news when he published research involving data from six countries that he said showed a correlation between diets high in saturated fat and an increased risk of death from heart disease.

Keys’ research took on an added urgency when President Eisenhower had a heart attack in the fall of 1955. Suddenly, everybody wanted to know what they could do to keep their own heart healthy. Keys’ low-fat diet seemed a good, scientifically based idea.

But Keys “excluded data from 16 countries that did not fit his hypothesis,” writes DiNicolantonio. “Indeed, data were available at the time from 22 countries, and when all countries were looked at, the association was greatly diminished. Furthermore, no association existed between dietary fat and mortality from all causes of death.”

“This stemmed from the belief that since saturated fats increase total cholesterol (a flawed theory to begin with) they must increase the risk of heart disease,” writes DiNicolantonio. “Moreover, it was believed that since fat is the most ‘calorie-dense’ of the macro-nutrients, a reduction in its consumption would lead to a reduction in calories and a subsequent decrease in the incidence of obesity, as well as diabetes and the metabolic syndrome.”

But that didn’t happen. Instead, it appears to have made things worse.

As DiNicolantonio details in his commentary, research suggests that the current obesity and diabetes epidemics are being fueled by the overconsumption of refined carbohydrates, not saturated fat.

In fact, several recent randomized controlled clinical trials have suggested that a low-carb diet is better for weight loss than a low-fat one.

The idea that saturated fats have a harmful effect on cholesterol is also “an imprecise notion,” writes DiNicolantonio. That’s because, he says, there are two different types of low-density lipoprotein (LDL), the cholesterol that’s labelled “bad” because of its link to an increased risk of heart disease. One kind (pattern B) is small and dense; the other (pattern A) is large and buoyant.

But only the small, dense LDL is associated with cardiovascular disease. The large, buoyant LDL is considered to be benign or, perhaps, even protective against the disease.

Saturated fat and carbs have different effects on the profile of these LDLs in the body, says DiNicolantonio. A high-carb diet increases the amount of potentially harmful small, dense LDL circulating in the blood, while a high-fat diet lowers it.

DiNicolantonio also warns against replacing saturated fat with omega 6-rich polyunsaturated fats, particularly safflower oil or corn oil. Recent research, he says, suggests that doing so may actually increase rather than decrease the risk of heart disease. (Other omega 6-rich polyunsaturated fats, such as canola and soybean oils, may have a similar effect on that risk, but they haven’t been extensively studied yet, DiNicolantonio notes.)

“We need a public health campaign as big as the one demonizing saturated fat to now say, ‘You know what? We had it wrong,’” DiNicolantonio says in a podcast interview released with the commentary.

“We also need to change the public-health perception that, well, if you lower your saturated fat, you’re going to lower your cholesterol,” he adds.

You can read the commentary in full on the Open Heart website. You can listen to the 11-minute podcast interview with DiNicolantonio at the site as well; simply scroll down to the end of the commentary.