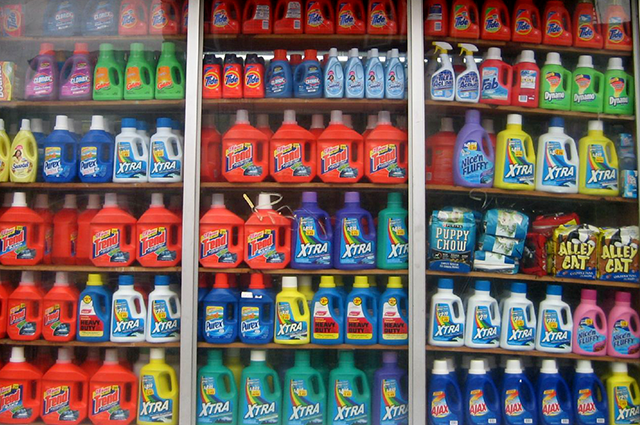 In her March Poison Pen column for the New York Times, science journalist Deborah Blum (“The Poisoner’s Handbook”) focuses on phthalates — chemicals used widely in plastics, cosmetics and other products — and their effects on fertility.

Male fertility, that is.

For as Blum points out, phthalates and other endocrine-disrupting chemicals appear to have an even larger impact on men’s fertility than on women’s.

“A growing body of work over the last two decades suggests that phthalates can rewire the male reproductive system, interfering with the operation of androgenic hormones, such as testosterone, that play key roles in male development,” writes Blum. “That mechanism, some experts believe, explains findings that link phthalate exposure to changes in everything from testicular development to sperm quality.”

Scientists first raised the possibility of an association between everyday exposure to endocrine-disrupting chemicals and a steady decline in semen quality in the United States and Europe back in the 1990s.

Since then, researchers have lengthened the list of male reproductive system disorders that may be affected by these chemicals to include congenital malformations of the testes and urethra.

And more recently, they have found a correlation between the levels of phthalates in men’s urine and DNA damage to the men’s sperm.

“The findings are supported by a host of animal studies, particularly in rats, which have shown that the compounds can interfere with masculinization of young animals and result in odd physical changes to male reproductive tracts,” writes Blum.

Those heavy chemicals accumulate in the body. Phthalates, on the other hand, are metabolized and excreted in urine within hours of absorption into the body.

The impact of the phthalates “would not be so profound it if were not that people are constantly exposed from multiple sources,” says Blum.

And that’s actually a good piece of news. For it means that individuals can take steps to minimize their exposure.

You’ll find some tips on how to do that on the website of Safer Chemicals, Healthy Families, a national coalition of environmental and consumer groups. The Minnesota-based Institute for Agriculture and Trade Policy (which is part of that coalition) has also posted a downloadable list of tips specifically for parents on its website.

These tips include buying fragrance-free cosmetics, personal care products (including deodorants), cleaning products and detergents and avoiding plastics that are treated with phthalates, including vinyl shower curtains and toys. (Look for — and avoid — products with “PVC,” “V,” or the “3” recycling code.)

Phthalates are also responsible for fragrances such as the “new car” smell.

As Blum notes, taking these kinds of actions does make a difference. “Experiments have found measurably lower levels [of phthalates] within several days in people who make these changes,” she writes.

Of course, you can also join Safer Chemicals, Healthy Families in its efforts to put some teeth into the 40-year-old Toxic Substances Control Act. That law is supposed to be regulating everyday chemicals. But of the 80,000 chemicals in use today, only a very small percentage has been tested for their effect on human health.

As the organization says, “It’s not feasible to ask the average person to keep 100+ chemicals in their head when they go to the store.”

You can read Blum’s Poison Pen column at the New York Times website.