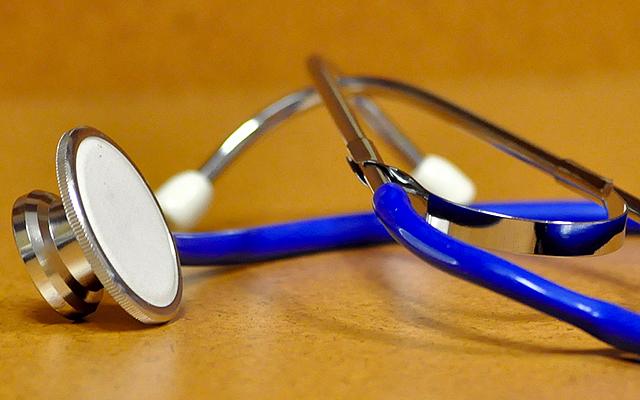 After a single physical examination, a stethoscope can become contaminated with more bacteria — including potentially deadly methicillin-resistant Staphylococcus aureus (MRSA) bacteria — than most regions of a physician’s hand, according to a study published in the March issue of the journal Mayo Clinic Proceedings.

Stethoscopes may therefore play a role in transferring bacteria from patient to patient, conclude the study’s authors.

This is particularly troubling given that surveys have repeatedly reported that physicians seldom disinfect their stethoscopes between patients.

For the current study, 71 patients were given a standard physical exam by one of three physicians at the University of Geneva Hospitals, a large teaching hospital in Geneva, Switzerland. The physicians used sterile gloves and sterile stethoscopes.

After each exam, two parts of the stethoscope — the diaphragm (the metal circular end that’s placed on the body) and the outside of the tube (the part that connects the diaphragm to the headset) — were tested for bacteria. Researchers also measured the post-exam density of bacteria on the backs, fingertips and palms of each physician’s dominant hand.

In addition, the tube of the diaphragm was more contaminated than the back of the physician’s hand.

The researchers then looked specifically at the contamination patterns that occurred after the physicians examined patients in the hospital with a known MRSA infection. They found similar results.

A route of cross-transmission

The patient-to-patient transmission of microorganisms — particularly antibiotic-resistant bacteria like MRSA — is a major health issue in hospitals. Although the U.S. rate of hospital-acquired MRSA infections has fallen dramatically in recent years (thanks to hospitals implementing stricter hand-disinfecting and other prevention policies), several thousand Americans still die from such infections annually.

The hands of physicians and other health-care workers are the main routes by which microorganisms are transmitted among hospital patients. But this new study suggests that stethoscopes — and perhaps other small medical equipment — may also play a role.

“By considering that stethoscopes are used repeatedly over the course of a day, come directly into contact with patients’ skin, and may harbor several thousands of bacteria (including MRSA) collected during a previous physical examination, we consider them as potentially significant vectors of transmission,” write the study’s authors. “Thus, failing to disinfect stethoscopes could constitute a serious patient safety issue akin to omitting hand hygiene.”

The researchers urge health-care workers to think of the stethoscope as an extension of their hands and to therefore routinely clean it after each contact with a patient.

But how to do that without eventually damaging the stethoscopes is not yet known, the researchers add.

Dr. Didier Pittet, a professor of medicine and clinical epidemiology from the University of Geneva in Geneva, Switzerland, in the March 2014 issue of Mayo Clinic Proceedings assesses contamination on stethoscopes.

The study had several limitations, including its small size. Furthermore, the study determined only that stethoscopes become contaminated with a significant amount of bacteria. It was not designed to calculate the actual risk of this contamination to patients.

You can read the study online at the Mayo Clinic Proceedings’ website. Its lead author, Dr. Didier Pittet, director of the Infection Control Program and WHO Collaborating Centre on Patient Safety at the University of Geneva Hospitals, has also released a video with the study.