Participating routinely in running and other cardio-fitness activities in your 20s may help your brain retain its sharpness as you move into middle age, according to a University of Minnesota study published Wednesday in the journal Neurology.

The study involved more than 2,700 participants in the long-running Coronary Artery Risk Development in Young Adults (CARDIA) project, which is funded by the National Heart, Lung, and Blood Institute. The University of Minnesota is one of CARDIA’s four major field centers.

A quarter-century of tests

In 1985, when the CARDIA participants were 18 to 30 years old, they were asked to take a treadmill test to assess their cardiovascular fitness. The test measured how long they could walk or run on the treadmill as its speed and incline increased until they because exhausted or short of breath.

The average maximum time on the treadmill was 10 minutes.

Twenty years later, the participants repeated the test. The length of time they remained running on the treadmill dropped by an average of 2.9 minutes.

Five years after that, the participants were assessed again, this time for their cognitive abilities. They were given tests to evaluate their memory, psychomotor speed (reaction time) and executive function, which is an umbrella term for a set of skills used for a variety of thinking tasks.

“What we found was that the longer you could go on a treadmill test, the better your thinking skills,” said David Jacobs, one of the study’s co-authors and an epidemiologist at the U’s School of Public Health, in a phone interview with MinnPost.

That wasn’t all that surprising. Other studies have shown that cardiorespiratory fitness — the ability of your body to transport oxygen to your muscles during sustained exercise — is associated with improvements in many types of cognitive function.

But Jacobs and his colleagues made another, more intriguing, finding: The participants’ performance on the treadmill test 25 years previously predicted their performance on all three cognitive tests.

The memory test involved being shown 15 words and then being asked to recall those words 10 minutes later. For each additional minute the participants could stay on the treadmill when they were in their 20s, they recalled an average of 0.12 more words correctly on the memory test 25 years later. 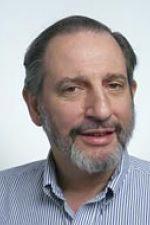 The psychomotor test required the participants to substitute numbers with meaningless symbols as quickly as possible. They were able to correctly replace 0.92 more numbers, on average, for each additional minute they had completed during their treadmill test more than two decades earlier.

The executive function test had similar findings. Participants took an average of 0.52 fewer seconds to correctly name the color of a word shown in a different color (the word green shown in blue, for example) for each additional minute they had lasted on their initial treadmill test.

The executive function test produced another interesting finding: The participants whose ability to remain on the treadmill decreased the least during the 20-year span of the two cardio-fitness tests (in other words, those who retained a steady level of cardio fitness into middle-age) tended to be the participants who performed the best on the test.

The results for all three cognitive tests held even after the researchers adjusted for such factors as diet, physical activity, body mass index, smoking and diabetes.

The changes observed in the study were modest, Jacobs also acknowledged, but they were larger than the effect of a year of aging.

“Where people are at the age of 25 is really important,” he added.

Because the study is observational, it doesn’t prove that being cardio-fit in your 20s will help keep your cognitive skills sharper in your 50s. Factors not accounted for in the study could explain the findings.

Indeed, the participants who were most cardio-fit in their 20s were also more likely to be better educated, nonsmokers, physically active and to have a higher quality of diet — factors that predict better health throughout life.

The results do, however, support another 25-year-long study published this week that found a correlation between healthy blood pressure readings during young adulthood and better thinking and memory skills in middle age.

As the lead author of that study, Dr. Kristine Jaffe of the University of California, San Francisco, told Reuters reporter Kathryn Doyle, “The important public health message is heart health is good for brain health even as a young adult.”

An abstract of the U’s study can be found on Neurology’s website.

Cardio-fitness in 20s linked to sharper thinking skills in 50s, U study finds