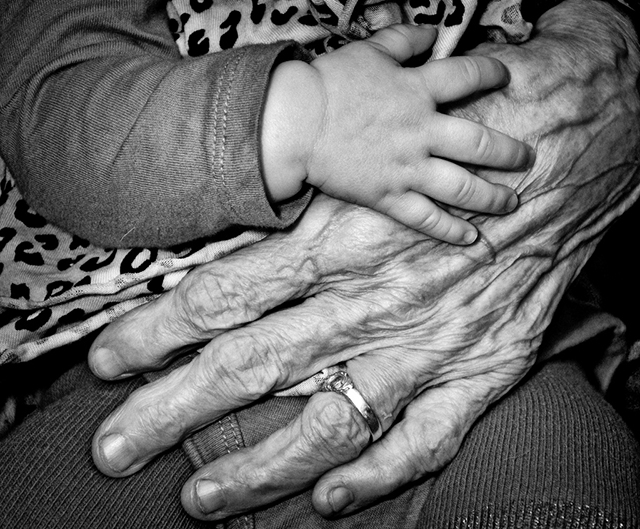 Although compassionate behavior is linked to better health and wellbeing in old age, little is known about why some older people are more compassionate than others.

Researchers at the University of California, San Diego, decided to investigate that issue. They surveyed a randomly chosen group of more than 1,000 older adults (aged 50 to 99) living in San Diego County.

They found that three factors were most predictive of an individual’s level of compassion: gender, a recent experience of personal loss (such as a death in the family) and high mental resiliency.

Compassion, by the way, is not the same as empathy. A compassionate person has empathy for the suffering of another and a desire to help ease that suffering.

Gender was identified in the study as the strongest compassion-associated factor, with women reporting higher levels of compassion than men. This finding isn’t all that surprising given that other studies have found that younger women also tend to be more compassionate than their male peers. Still, it hadn’t been clear that this characteristic persisted into old age.

“Viewing oneself as caring and nurturing is important to many women’s self-concept and fits societal norms; however, many older women have spent a lifetime caring for others and some may experience burnout, which could reduce their reported compassion levels,” explain the current study’s authors.

But that doesn’t appear to happen.

The strong gender difference revealed among the older women in the study suggests, say the researchers, “that the life experiences of women either bolster or maintain levels of compassion.”

Of course, many men are compassionate, too. Among both the older women and men in this study, the most compassionate individuals were those who had experienced a significant loss or hardship within the previous year, such as a serious illness, a death of a loved one, a job loss or a divorce.

This was somewhat surprising. “One could imagine that those who are currently experiencing stress, depression, and anxiety may be overwhelmed with these personal difficulties and unable to devote resources to caring about the well-being of others,” write the researchers.

But, again, that doesn’t appear to be the case.

“Our findings suggest that when a person has experienced significant life events over the past year … they are also likely to report a desire to provide support to others,” the researchers said. “The relationship we found with stressful life events may be driven by heightened awareness for the potential for suffering in others or could be a reaction to the compassion in others (or lack thereof) that the older adult received following these life events. Those who received adequate help might be motivated to ‘pay it forward’ and/or might feel more equipped to give effective assistance after seeing what did or did not help them cope with their own negative events.”

An ability to ‘bounce back’

The third factor — mental resiliency — was also found among both genders to be strongly associated with a willingness to help others. Mental resiliency is defined in the study as an “ability to bounce back after experiencing significant life events and/or adversity.”

“It may be that people who are themselves adept at overcoming hardships report more willingness to assist others because they predict a tangible benefit from doing so on the basis of their own experience,” write the researchers.

The study found no association between people’s level of compassion and race/ethnicity, education or socio-economic status. The latter is particularly surprising given that so much other research has found that, at least among younger adults, people on the lower end of the socio-economic ladder exhibit greater compassion toward others. Indeed, the poorest fifth of U.S. households donate the largest percentage of their income to charity.

The authors of the current study speculate that the fact that this association did not appear in their study may be because the current income of older adults is not a “proxy for lifetime economic hardship.”

The finding of a connection between mental resiliency and compassion among older adults is important, say the study’s authors, because such resiliency can be cultivated through meditation, mindfulness and stress-reduction practices.

“We are interested in anything that can help people age more successfully,” said Lisa Eyler, a clinical psychologist and the study’s lead author, in a released statement. “We know that social connections are important to health and wellbeing, and we know that people who want to be kind to others garner greater social support. If we can foster compassion in people, we can improve their health and wellbeing, and maybe even longevity.”

This study has its limitations, of course. Most notably, it relied on the participants’ own reporting of their attitudes and behaviors. Future research, say the authors of this study, would benefit by also including assessments of the participants’ compassion by family members or close friends.

The study was published in the April issue of the International Journal of Geriatric Psychiatry.