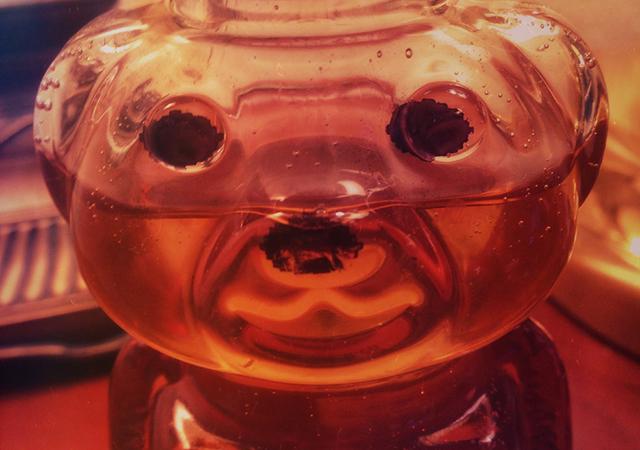 Creative Commons/Miranda Celeste Hale
On Tuesday, the FDA issued new draft guidelines that would require food companies to use the word “blend” on product labels when honey is mixed with sugar, corn syrup or other type of sweetener.

That inexpensive brand of honey you’ve been purchasing for years at your local grocery store may not be pure honey after all. More than likely, it’s a blend of honey and sugar or honey and corn syrup.

The same may be true for the “honey” in the honey-flavored bread or cereal or other processed foods you and your family eat.

That’s because the U.S. Food and Drug Administration has been very lenient with food manufacturers when it comes to honey-related labeling.

That may soon change, however. On Tuesday, the FDA issued new draft guidelines that would require food companies to use the word “blend” on product labels when honey is mixed with sugar, corn syrup or other type of sweetener.

Much of the “honey” consumed in the United States is actually an imported syrup that contains some honey, but also other sweeteners, he said.

“The main culprit is China,” he added. “They will cut their honey with rice syrup or tapioca syrup.”

If they cut the honey with enough syrup, Whitney explained, the importing companies can avoid import duties. This enables U.S. food manufacturers to purchase the product at very low prices, which they then sell directly to consumers as “honey” or use in their processed “honey-flavored” foods.

“A lot of it probably winds up as bakery-grade or industrial-grade honey,” said Whitney.

According to the U.S. Department of Agriculture, U.S. beekeepers produced 149 million pounds of honey in 2013. More than 7.5 million pounds of that honey — valued at almost $15 million — was harvested in Minnesota, making the state the sixth-highest honey producer in the country.

But each year, Americans consume more than 400 million pounds of honey. So most of the honey making its way into our grocery stores is imported.

And much of that honey, if not most, is blended with another sweetener.

“If you do a little searching and look up ‘honey production’ from Thailand or Vietnam you find that all of a sudden they have thousands of metric tons to ship to us,” says Whitney. “Where is it coming from? I think they’re opening up the syrup tap.”

Bees have been dying and disappearing around the world, he points out. So, for a country to suddenly start producing huge amounts of honey from natural sources (bees) is unlikely.

The national American Honey Producers Association, along with the American Beekeeping Federation and several consumer groups, has long requested that the FDA issue a standard definition of honey. The government agency has declined to do that, but if these new guidelines are finalized — and companies abide by them — consumers will be better able to use labels to determine if they are buying pure honey or not.

“The only way to really know that you’re getting 100 percent U.S. honey is to buy honey that is bottled by a local beekeeper,” he says.

“Any nice local grocery store typically has a local beekeeper,” he adds. “Our honey is a little bit on the higher end, but it’s the real deal.”

Of course, you should be careful about how much honey you consume, even if it is the real deal. As I reported earlier this year, the World Health Organization recommends that adults limit their sugar consumption — including the sugar naturally present in honey, syrups, fruit juices and fruit concentrates (but not whole fruits) — to about 5 percent of their total daily calories (about 6 teaspoons).

Pure honey or a sugar-blend? FDA’s new rules will help answer that question