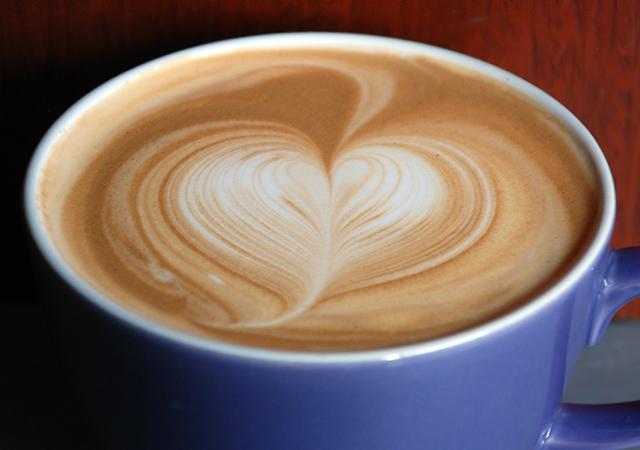 Creative Commons/Lara604
Science writer George Johnson: “There were new hints that coffee may lower the risk of some cancers and more about the possible benefits of vitamin D. Beyond that there wasn’t much to say.”

The idea that there are “superfoods” or even “super diets” — ones loaded with antioxidants and other nutrients that offer protection against cancer — has been slowly unraveling over the past decade, science writer George Johnson points out in his “Raw Data” column published online Monday in the New York Times.

Johnson, whose books include “The Cancer Chronicles: Unlocking Medicine’s Deepest Mystery,” has just returned from the mammoth (18,000-plus participants) annual meeting of the American Association for Cancer Research, where, he notes, “the latest results about diet and cancer were relegated to a single poster session and a few scattered presentations.”

“There were new hints that coffee may lower the risk of some cancers and more about the possible benefits of vitamin D,” Johnson adds. “Beyond that there wasn’t much to say.”

That’s a massive turnaround from 1997, when the cancer research community believed that getting people to eat more fruits and vegetables might lower the incidence of cancer by as much as 20 percent.

“Whatever is true for other diseases,” writes Johnson, “when it comes to cancer there [is] little evidence that fruits and vegetables are protective or that fatty foods are bad. About all that can be said with any assurance is that controlling obesity is important, as it also is for heart disease, Type 2 diabetes, hypertension, stroke and other threats to life. Avoiding an excess of alcohol has clear benefits. But unless a person is seriously malnourished, the influence of specific foods is so weak that the signal is easily swamped by noise.”

As happens repeatedly in medicine, the shift in attitudes is the result of more rigorously designed studies, which have almost universally failed to find convincing evidence linking diet with cancer.

As Johnson explains, even with the more rigorous studies “it is hard to adjust for what epidemiologists call confounding factors: Assiduous eaters of fruits and vegetables probably weigh less, exercise more often and are vigilant about their health in other ways. Some of this can be sorted out with randomized controlled trials, with two large groups of people arbitrarily assigned different diets. But such studies are expensive, and the rules are hard to enforce in the short term — and probably impossible over the many years it can take for cancer to develop.”

Scientists haven’t given up entirely on searching for links between diet and cancer, but, as one leading expert noted at the meeting (a bit ruefully, says Johnson), such research “has turned out to be more complex and challenging than any of us expected.”

You can read Johnson’s column on the NYTimes website.