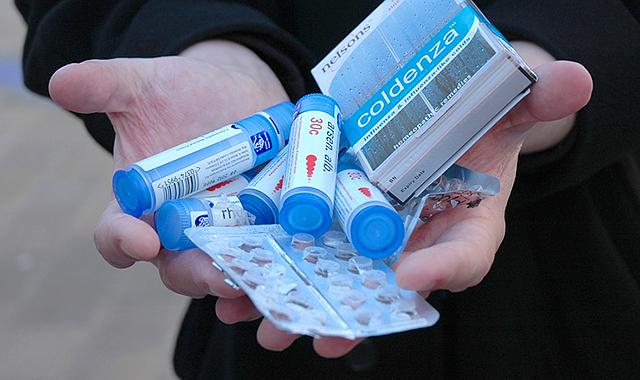 Creative Commons/Richard Craig
Homeopathy is based on the totally discredited 200-year-old idea that a substance that causes symptoms can be used, in a highly diluted form, to treat those symptoms.

Last week, yet another major scientific review has declared homeopathy to be utterly useless for the prevention and treatment of illness.

They found no evidence — absolutely none — that homeopathic treatments were effective.

“No good-quality, well-designed studies with enough participants for a meaningful result reported either that homeopathy caused greater health improvements than a substance with no effect on the health condition (placebo), or that homeopathy caused health improvements equal to those of another treatment,” the authors of the 300-page report concluded (with remarkable understatement).

You would think that today, in the 21st century, scientists wouldn’t need to be spending time and resources on evaluating something as ludicrous as homeopathic “medicine.” After all, homeopathy is based on the totally discredited 200-year-old idea that a substance that causes symptoms can be used, in a highly diluted form, to treat those symptoms.

The substances are diluted to the point where, as British physician and homeopathic skeptic Dr. Ben Goldacre has noted, “it equates to one molecule of the substance in a sphere of water whose diameter is roughly the distance from the earth to the sun.”

As I said, ludicrous. Yet, as the Economist reported earlier this month, Americans spend $3 billion each year on homeopathic pills and solutions.

And, unfortunately, a significant portion of that money is being spent for the prevention and treatment of serious illnesses. One troubling development, for example, is the increasing use of homeopathic “vaccines” (called nosodes) by parents who mistakenly fear that standard childhood vaccines may give their child autism.

Nosodes offer children absolutely no protection from measles, pertussis, chickenpox or any other disease.

And, as I noted here last fall, a group called Homeopaths Without Borders hands out worthless homeopathic medicines for the treatment of malaria, typhoid and other potentially deadly diseases in poverty-stricken regions of the world.

Last Thursday, the global homeopathic community kicked off its annual “World Homeopathy Awareness Week.” Rather than “ignore it, moan about it, or condemn it,” a group of British scientists and rational thinkers — members of the nonprofit Good Thinking Society — decided to launch their own homeopathy awareness week website.

Of course, they’re raising a different kind of awareness. On their site, the society offers 12 “realities about homeopathy” that homeopathic practitioners are unlikely to mention to their customers. Several of these underscore the fact that although homeopathy may be nothing more than a placebo, it’s not always benign:

Yet another meta-analysis finds homeopathy ‘useless’