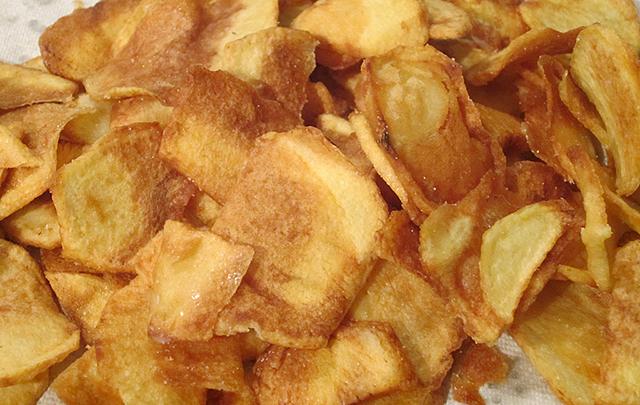 Creative Commons/Ann
“The increasing amount and processing of carbohydrates in the American diet has increased insulin levels, put fat cells into storage overdrive and elicited obesity-promoting biological responses in a large number of people,” Ludwig and Friedman explain.

Is obesity a consequence or a cause of overeating?

For more than a century, we’ve been told that it’s the former — specifically, that we get fat because we eat too much and exercise too little.

In other words, maintaining a healthy weight is all a matter of having enough willpower.

But, as two obesity experts note in an article published online Sunday in the Journal of the American Medical Association (JAMA) and in a more reader-friendly commentary published the same day in the New York Times, research now suggests that we may have been looking at obesity from the wrong viewpoint.

“What if we’ve confused cause and effect?” ask Dr. David Ludwig, director of the New Balance Foundation Obesity Prevention Center at Boston Children’s Hospital, and Mark Friedman, director of research at the Nutrition Science Initiative in San Diego, California. “What if it’s not overeating that causes us to get fat, but the process of getting fatter than causes us to overeat?”

“According to this alternative view,” they write, “factors in the environment have triggered fat cells in our bodies to take in and store excessive amounts of glucose and other calorie-rich compounds. Since fewer calories are available to fuel metabolism, the brain tells the body to increase calorie intake (we feel hungry) and save energy (our metabolism slows down). Eating more solves this problem temporarily but also accelerates weight gain. Cutting calories reverses the weight gain for a short while, making us think we have control over our body weight, but predictably increases hunger and slows metabolism even more.”

This may explain why so few people who lose pounds on calorie-reduction diets can maintain that weight loss for any significant length of time.

“For both over- and under-eating, these responses tend to push weight back to where it started — prompting some obesity researchers to think in terms of a body weight ‘set point’ that seems to be predetermined by our genes,” write Ludwig and Friedman.

But if those set points are genetically predetermined, why have obesity rates only skyrocketed in recent decades?

Because of a shift in our dietary habits, suggest Ludwig and Friedman. Over the past 30 years or so, we have been devouring ever-increasing amounts of highly refined (and quickly digestible) carbohydrates, often because those carbs been added to processed foods to take the place of dietary fat (which we’ve been told is our nemesis in the weight-loss battle).

That trend has had a devastating effect.

“The increasing amount and processing of carbohydrates in the American diet has increased insulin levels, put fat cells into storage overdrive and elicited obesity-promoting biological responses in a large number of people,” Ludwig and Friedman explain. “Like an infection that raises the body temperature set point, high consumption of refined carbohydrates — chips, crackers, cakes, soft drinks, sugary breakfast cereals and even white rice and bread — has increased body weights throughout the population.”

One of Ludwig’s own studies found that people burn an average of about 325 more calories per day on a low-carb than on a low-fat diet — about the same amount of energy that’s expended in an hour of moderate-intensive physical activity.

Scientists have yet to prove that obesity is a cause, not a consequence of overeating, but research seems to be heading in that direction. If the hypothesis is correct, “it will have immediate implications for public health,” write Ludwig and Friedman. “It would mean that the decades-long focus on calorie restriction was destined to fail for most people. Information about calorie content would remain relevant, not as a strategy for weight loss, but rather to help people avoid eating too much highly processed food loaded with rapidly digesting carbohydrates.”

In other words, instead of being told to reduce the quantity of our food, we’d be advised to improve its quality.

Of course, such a paradigm shift in our thinking about obesity will not happen overnight, no matter how strong the evidence becomes. It’s up against some powerful entrenched-interest headwinds. To begin with, most people like the calorie-in-calorie-out theory. It has an attractive simplicity that is both easy to grasp and that puts the blame for our obesity epidemic on individuals rather than on the institutions that grow, package and market our foods.

We seem to live in times when blaming individuals for social problems is not only fashionable, but has become a kind of blood sport.

And most members of the food and beverage industry would like to keep it that way. After all, the continued emphasis on calories serves Big Food’s economic interests, even if it doesn’t serve the economic interests of the rest of us. (The annual health costs related to obesity in the United States is now around $200 billion, or about 21 percent of all medical expenditures in the country.)

“The food industry — which make enormous profits from highly processed products derived from corn, wheat and rice — invokes calorie balance as its first line of defense,” write Ludwig and Friedman. “If all calories are the same, then there are no bad foods, and sugary beverages, junk foods and the like are fine in moderation. It’s simply a question of portion control. The fact that this rarely works is taken as evidence that obese people lack willpower, not that the idea itself might be wrong.”

You can read the two obesity experts’ New York Times commentary on that newspaper’s website. If you prefer a more scholarly take on the topic, you’ll find their JAMA article on that journal’s website.

Carbs as culprit: Could obesity be a cause, not a consequence, of overeating?