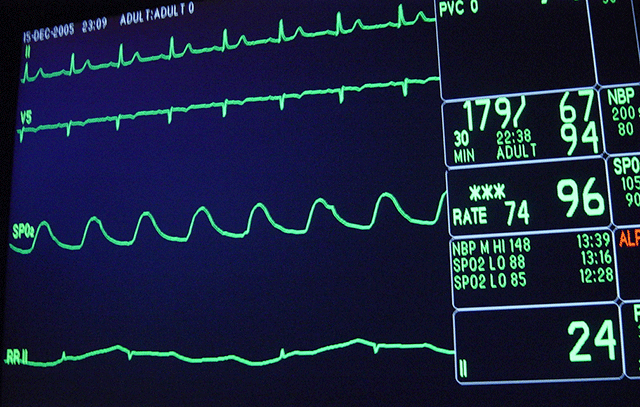 Creative Commons/brykmantra
Researchers found that no matter what day the patients were admitted to the hospital, if they stayed over a weekend, they had a higher risk of dying in the hospital on Friday, Saturday or Sunday.

Past research has suggested that patients who are admitted to a hospital on the weekend are more likely to die in the hospital than those with similar medical problems who are admitted Monday through Friday. This “weekend effect” has been documented for a variety of medical conditions, including heart attacks, stroke, head trauma and aneurisms.

The reasons for the effect are not entirely clear, but the leading theory is that it’s due to reduced hospital staffing and/or access to specialists and certain kinds of treatments.

Of course, another explanation could be that people who are hospitalized on the weekend are sicker, on average, than those admitted during the week because they put off going to the hospital until the weekend.

To try to figure out if that second explanation is true, a team of Canadian researchers decided to conduct a study that would investigate whether more hospital patients died on the weekends no matter which day of the week they had arrived at the hospital.

Surprisingly, it appears to be the first study to take that approach. The findings were published Thursday in the European Respiratory Journal.

And they are not reassuring.

For the study, the researchers analyzed data collected on more than 300,000 people over the age of 50 who were admitted to acute-care hospitals in Montreal with either chronic obstructive pulmonary disease (COPD) or pneumonia between January 1990 and March 2007. The average age of the patients was 75, and slightly more than half (55 percent) were men. They stayed in the hospital for an average of 12 days.

After crunching the data, the researchers found that no matter what day the patients were admitted to the hospital, if they stayed over a weekend, they had a higher risk of dying in the hospital on Friday, Saturday or Sunday than on any of the other four days of the week.

Specifically, the death rate was 80 per 10,000 patients per day on Monday through Thursday. It rose by 5 percent, or 4 additional deaths per 10,000 patients, on Friday, which is the day when hospital staffing tends to begin its weekend dip, the researchers note.

But on the official weekend days — Saturday and Sunday — the risk was even greater. It was 7 percent higher than on weekdays, suggesting an additional 5.6 deaths per 10,000 patients.

“In Quebec, there are yearly approximately 30,000 patients in hospital for COPD or pneumonia on any given Friday and weekend,” the researchers note in their paper. “Our study implies that 12 additional deaths occur by the mere fact of being in hospital on the Friday and 33 by staying on the Saturday or Sunday.”

Hospital administrators and staff should be concerned, they add.

“This study identified a crucial time period during which in‐patients are more likely to die,” write the researchers. “Adjustments in the organization of care of patients staying in hospital from Friday to Sunday could avert a significant number of likely preventable deaths.”

These findings have implications beyond Canada’s health-care system, of course. After all, much of the previous research that documented the “weekend effect” took place in U.S. hospitals.

You’ll find an abstract of the current study on the European Respiratory Journal website.

Risk of dying in hospital increases on weekend regardless of admission day, study finds