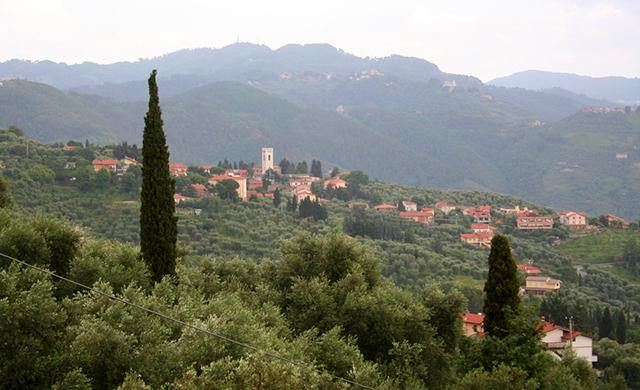 Creative Commons/Graeme Maclean
For the study, an international team of researchers collected 24 hours of urine samples from 783 Italians who were over the age of 65 and living in two small towns in Tuscany, Italy.

Once again, research points out what by now should be obvious to all of us: No single compound in food is the “magic ingredient” that will help us live longer, healthier lives.

In this case, the compound that’s not the be-all-end-all of health is resveratrol, an antioxidant found in red wine, grapes, peanuts, dark chocolate and a few other foods. It’s been long touted (mostly by supplement manufacturers and on the shakiest of evidence) as a preventative for a host of age-related diseases and conditions as varied as heart disease, diabetes, cancer, arthritis, dementia and, yes, even wrinkled skin.

The new research in this case is a study conducted in Italy and published Monday in JAMA Internal Medicine. It found — to the surprise of the study’s authors, who had hypothesized a different outcome — that people who consume a diet rich in resveratrol do not live any longer than people who eat lower amounts of the antioxidant. Nor are they any less likely to develop heart disease or cancer.

Conducted in an Italian wine region

For the study, an international team of researchers, led by Dr. Richard Semba of Johns Hopkins University, collected 24 hours of urine samples from 783 Italians who were over the age of 65 and living in two small towns in Tuscany, Italy. The amount of resveratrol metabolites in the samples was then measured and recorded. (None of the participants was taking resveratrol supplements.) Based on those measurements, the participants were divided into four groups and followed for nine years.

The same was true for the 174 (27.2 percent) of the participants who developed heart disease during the nine years of the study and the 34 (4.6 percent) who developed cancer. The proportion of people across the resveratrol quartiles who were diagnosed with heart disease ranged from 22 to 28 percent, and the proportion diagnosed with cancer ranged from 4.3 to 5.0 percent.

In other words, the incidence of disease in each of the groups was essentially the same.

“This study suggests that dietary resveratrol from Western diets in community-dwelling older adults does not have a substantial influence on inflammation, cardiovascular disease, cancer, or longevity,” the researchers conclude in their paper.

‘Doesn’t stand the test of time’

“The story of resveratrol turns out to be another case where you get a lot of hype about health benefits that doesn’t stand the test of time,” said Semba in a statement released with the study. “The thinking was that certain foods are good for you because they contain resveratrol. We didn’t find that at all.”

That’s not to say, Semba and his colleagues stress, that foods containing resveratrol are not healthful.

“It’s just that the benefits, if they are there, must come from other polyphenols or substances found in those foodstuffs,” Semba said. “These are complex foods, and all we really know from our study is that the benefits are probably not due to resveratrol.”

Unfortunately, supplement manufacturers have persuaded the American public otherwise. As Semba and his colleagues point out in their study, annual sales of resveratrol supplements in the United States have reached the $30 million mark.

Yet, the researchers add, “there are no data concerning its safety in high doses or for long-term supplementation in older people, who often have [several medical conditions] for which they are taking multiple medications.”

As I’ve said repeatedly about these “red wine” pills (and all supplements that claim to prevent health problems): caveat emptor.

You’ll find an abstract of the new study on the JAMA Internal Medicine website, but, unfortunately, the study itself is behind a paywall.