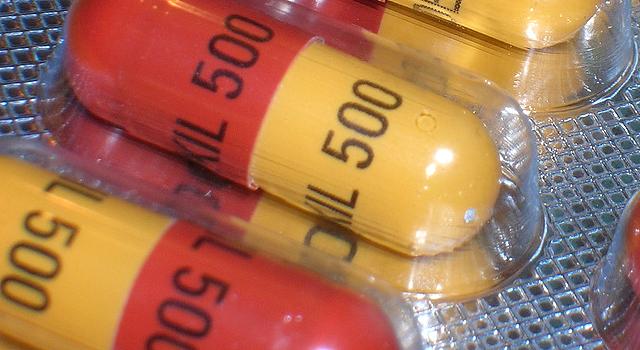 Creative Commons/Rob Brewer
The CDC estimates that 2 million Americans come down with some kind of antibiotic-resistant infection each year.

Antibacterial resistance — the inability of bacteria to respond to an existing drug — is “an increasingly serious threat to global public health” and is occurring right now in every region of the world, according a report issued earlier this week by the World Health Organization (WHO).

This is WHO’s first report on the topic, and the findings are grim.

“Without urgent, coordinated action by many stakeholders, the world is headed for a post-antibiotic era, in which common infections and minor injuries which have been treatable for decades can once again kill,” said Dr. Keiji Fukuda, WHO’s assistant director-general for health security, in a statement released with the report.

Then there’s the growing number of drug-resistant cases of urinary tract infections caused by E. coli. Fluoroquinolones, the anti-bacterial drugs widely used to treat these very common infections, are now ineffective in more than half of patients in many parts of the world.

The threat in the U.S.

Last year, the U.S. Centers for Disease Control and Prevention (CDC) released its own sobering report about the serious and growing threat of antibiotic-resistant bacteria. Like Fukuda, CDC director Dr. Thomas Frieden also warned of a “post-antibiotic” era.

The CDC estimates that 2 million Americans come down with some kind of antibiotic-resistant infection each year, and at least 23,000 of them die as a direct result of that resistance. The agency’s health officials are concerned that those numbers will increase in the coming years.

Yet little seems to be getting done to deal with the problem. Antibiotic medications continue to be over-prescribed by physicians and misused by patients, major factors that have led to a weakening of the drugs’ effectiveness.

The drugs also continue to be widely misused on industrial animal feedlots. Last year, the Food and Drug Administration issued regulations to curb this misuse. But because the regulations are voluntary, many observers believe they will do little to slow it down.

What can you do to tackle resistance? The WHO report recommends

You can also do what the public-interest group Food & Water Watch and others recommend: Urge your political representatives to ban the misuse of antibiotics on industrial feedlots.

You’ll find the WHO report on the organization’s website.

WHO: Without urgent action, world headed toward ‘post-antibiotic era’