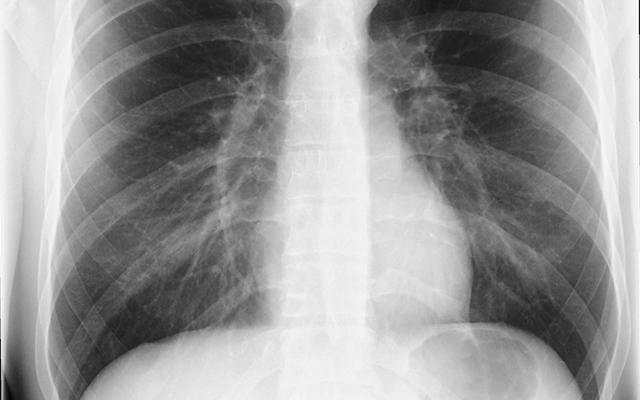 Creative Commons/Iwan Gabovitch
Research has shown that among people with an advanced disease, those in the final stages of heart failure have some of the lowest quality of life.

This article is part of a yearlong occasional series on late-in-life health care — when chronic illness or a constellation of medical problems can cause a cascade of new needs, complications and worries. The series is funded through a regrant by Allina Health from the Robina Foundation. It is conducted in conjunction with media partners Ampers and Twin Cities Public Television (tpt), whose documentaries (click on Archive) are focusing on Minnesotans enrolled in a multiyear Allina study involving patients at this time of life.

About 5 million Americans have heart failure, a chronic condition in which the pumping action of the heart slowly weakens. There is no cure. Treatment — medications and lifestyle changes — can help people with the condition live longer and lead more active lives, but half of heart-failure patients die within five years of receiving their diagnosis.

Yet, despite that prognosis, few doctors discuss end-of-life planning with heart-failure patients and their families, according to a recent study from researchers at the Mayo Clinic in Rochester.

That’s troubling. For, as a 2013 study reported, engaging in advance care planning is associated with improved quality of care at the end of life, including dying in a hospice rather than in a hospital setting.

Also, research has shown that among people with an advanced disease, those in the final stages of heart failure have some of the lowest quality of life. Although heart failure is commonly associated with fatigue and shortness of breath, most patients also experience pain and depression, as well as other symptoms that can increase their discomfort, such as edema (swelling caused by excess body fluids), constipation, anxiety, confusion and insomnia.

Early end-of-life planning may help ease some of that suffering — and is the reason the American Heart Association (AHA) recommends that physicians discuss end-of-life care annually with their heart-failure patients.

A fear of broaching the topic

For the current study, researchers surveyed 50 physicians and 45 nurse practitioners or physician assistants at the Mayo Clinic in Rochester and at community practices within the Mayo Clinic Health System.

Here are the key findings:

Most of the survey’s participants seemed to realize that their own medical field was not taking responsibility for discussing end-of-life issues with patients.

When asked which type of clinician should speak to heart-failure patients about end-of-life care, a strong majority of heart specialists at the Mayo Clinic (63 percent) and of cardiology clinicians in community clinics (58 percent) felt it was their responsibility.

Interestingly, the same was true for primary care providers. Two-thirds of them (66 percent) believed that such discussions were their responsibility.

Yet, as the survey’s results clearly show, very few of any of these clinicians initiated such conversations.

“I don’t think it represents confusion,” said Dr. Shannon Dunlay, the study’s lead researcher and a Mayo Clinic cardiologist, in an interview with MinnPost. “Most of the providers that we surveyed really feel a personal responsibility to have these conversations with their patients.”

“That’s why the American Heart Association advocated for starting to do it annually as part of the routine care of the patient, just as you would for medications or other things — to try and remove some of that stigma and make it part of normal care of patients with heart failure,” she said.

Historically, physicians have received little training around how to talk with patients about end-of-life care — a situation that needs to change, said Dunlay.

“We need to teach people how to have these conversations if we’re going to expect them to do it comfortably and do it well,” she said.

Patients can initiate the conversation

Dunlay and her Mayo colleagues are in the process of developing a palliative-care continuing medical education program for clinicians, which will be available through the Mayo Clinic later this year.

Heart-failure patients shouldn’t wait for their physicians to become trained on this issue, however.

The National Hospice and Palliative Care Organization has a great list of questions that you can print out and take to your clinician to get the conversation started. The AHA also offers some very helpful information about how patients with heart failure can plan ahead.

“There’s really a need to start to have a conversation between patient and provider about what the patient’s values, goals and preferences are,” said Dunlay. “We as a health system need to figure out a way to facilitate those discussions and give providers the tools and confidence that they need to broach those subjects so we can better care for patients with heart failure.”

Dunlay presented her study earlier this month at the 2014 Quality of Care Outcomes Research Conference in Baltimore, Md. The study has not be published, so the only details available to the public are in an AHA press release.