This article is part of an occasional series exploring various communities involved in gun issues, including gun-rights advocates, gun-control advocates, and others interested in gun-violence prevention. This coverage is made possible by a grant from the Joyce Foundation.

At least 100 children aged 14 and under were killed in unintentional shootings in the United States during the 12 months that followed the 2012 mass shooting at Sandy Hook Elementary School in Newtown, Connecticut, according to a report published Wednesday by the gun control group Everytown for Gun Safety.

That’s almost two children each week — and a number that is significantly higher than the one reflected in federal statistics.

According to data collected by the U.S. Centers for Disease Control and Prevention (CDC), an average of 62 children aged 14 and under die each year in the United States as the result of unintentional shootings.

The CDC number was tragic enough. It already meant that U.S. children are 16 times more likely to be unintentionally shot to death than children in other high-income countries.

But this new study demonstrates that American children are at even greater risk. And it also suggests that parents and other adults who keep guns in their homes are in considerable denial about that risk. 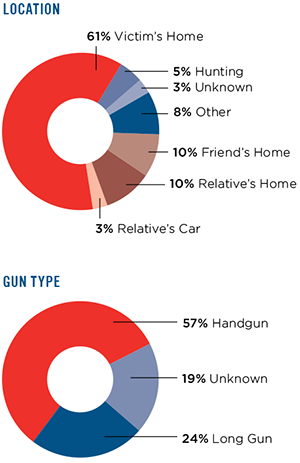 “Whenever possible we identified how the shooter got the gun; where the fatal gunshot occurred; who pulled the trigger; whether the gun was legally owned; and whether criminal charges were brought after the deaths,” the authors of the report write. “In cases where information was not specified in public accounts or an investigation was ongoing, we contacted local officials to learn further details.”

They identified 100 unintentional child gun deaths in 35 states. (Minnesota was not among them.) The researchers believe, however, that the actual total was likely even higher, for child gun deaths are often misclassified as intentional homicides rather than accidental shootings.

Each individual story is heartbreaking. Here are a few:

Harrison, Tennessee, December 20, 2012  Less than a week before Christmas, two-year-old Brennan Nowell was visiting the home of his grandfather, Stan Nowell, a pastor and missionary who established an organization called Forgotten Child Ministries to help street children in Honduras. Stan Nowell owned a .40 caliber pistol, which he had left unattended on a chair. Brennan discovered the gun and accidentally shot himself; he died in the hospital later that night.

Conway, South Carolina, December 25, 2012  After burglars attempted to break into his family’s house while the family was home, Rondell Smith purchased a .38-caliber handgun to defend his family. Two weeks later, he set the gun down on the family’s living room table and turned to make a phone call. Just hours after enjoying a Christmas dinner of chicken and macaroni and cheese, Smith’s two-year-old son, Sincere, picked the loaded gun up off the table. Within seconds, Sincere had pulled the trigger, firing a single shot that tore through his chest. He died on the way to the hospital.

Breckenridge, Missouri, January 12, 2013  On a Friday evening, Kathy Curtis and her husband left home to run errands, leaving their 12-year-old son Steven at home with a friend and his 13- and 16-year-old siblings. Steven’s mother described him as an avid outdoorsman who loved to hunt, and who had a hunter’s safety certification. Nevertheless, while the other children were in a bedroom watching a movie, Steven got into a locked gun safe in the family’s living room and removed a handgun. Investigators later concluded that Steven mishandled the gun in the hallway, accidentally shooting himself.

These and the other stories in the report underscore one of the key findings of the study: Most of the unintended deaths — 65 percent — occurred in a home or vehicle belonging to the child victim’s family. Another 19 percent took place in the home of a relative or friend of the child.

And this is where adult gun-owners — particularly those who have children living or visiting their home — need to understand just how much danger they are placing children in when they have guns in their home. For parents either 1) overestimate their child’s maturity and gun-safety knowledge and skills, or 2) underestimate the extent to which their child knows where guns are kept in the house — and how to access those guns.

“A Harvard survey of children in gun-owning households found that more than 70 percent of children under age 10 knew where their parents stored their guns — even where they were hidden — and 36 percent of the children reported handling the weapons,” the report notes. “Thirty-nine percent of parents who thought their child was unaware of the location of the household’s gun were contradicted by their children, and one of every five parents who believed their child had not handled the gun was mistaken.”

Some 70 percent of the shooting deaths uncovered in this report could have been prevented if the guns had been unloaded and locked away in a place separate from where the ammunition is kept.

Yet, all too often, as this report points out, adults fail to take those simple safety measures. Currently, one-third of American children live in homes with firearms, and 43 percent of those homes contain at least one unlocked firearm.

Overall, 13 percent of U.S. homes contain at least one loaded gun or a gun that is unloaded but stored with ammunition.

The report makes several recommendations for preventing children from becoming the victim of an unintentional shooting: 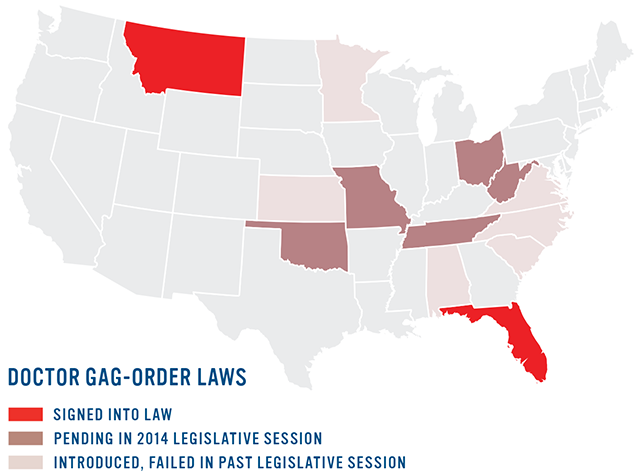 You can download and read the new report, “Innocents Lost: A Year of Unintentional Child Gun Deaths,” at the Everytown for Gun Safety website. The group is a coalition that includes Moms Demand Action for Gun Sense in America and Mayors Against Illegal Guns. Launched earlier this year, it is funded by former New York Mayor Michael Bloomberg.

More U.S. children killed in accidental shootings than you might think