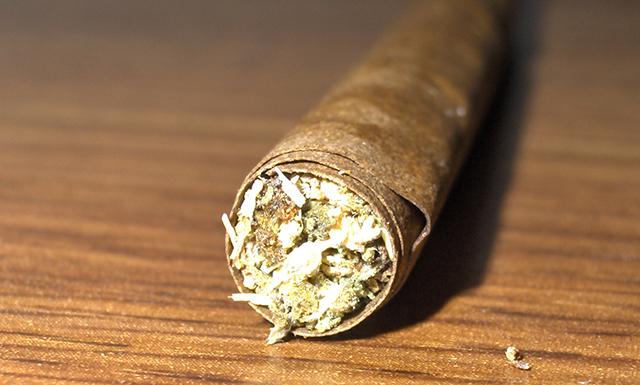 Although tobacco companies have long denied that they have any interest in entering the legal marijuana market, decades of internal documents suggest otherwise.

That’s the conclusion of a fascinating study that appears in the June issue of the health-policy journal The Millbank Quarterly. Indeed, the documents show that tobacco companies have been interested in marijuana as both a potential competitor and a money-making opportunity since at least the early 1970s.

Advocates for marijuana legalization need to keep this history in mind, stress the study’s authors, for “there is a risk that tobacco industry, with its demonstrated ability to manipulate consumers’ consent and regulatory frameworks, will take over marijuana markets, exacerbating yet another public health problem.”

For the study, researchers at the Center for Tobacco Control Research and Education at the University of California, San Francisco (UCSF) searched through 80 million pages of digitized internal tobacco-industry documents, which had been turned over to the university as the result of tobacco litigation. Using search words like “marijuana,” “cannabis, “reefer,” weed,” “spliffs,” “blunts,” and “pot,” the researchers uncovered about 700 relevant documents.

The documents also show, however, that the companies were premature (to say the least) in their belief that marijuana would become legalized for recreational use.

A need to ‘capture the market’

Here, for example, is an excerpt from a 1969 memo written by Alfred Berger, a University of Virginia professor who supervised a Phillip Morris fellowship program on organic chemistry’s relationship with nicotine, to a manager in the tobacco company’s research lab:

From all I can gather from the literature, from the press, and just living among young people, I can predict that marihuana smoking will have grown to immense proportions within a decade and will probably be legalized. The company that will bring out the first marihuana smoking devices, be it a cigarette or some other form, will capture the market and be in a better position than its competitors to satisfy the legal public demand for such products. I want to suggest, therefore, that you institute immediately a research program on all phases of marihuana.

A year later, Phillip Morris asked an official with the Department of Justice’s Bureau of Narcotics and Dangerous Drugs’ Drug Science Division to provide it with samples of marijuana so it could analyze the drug’s smoke and compare it to that of cigarettes. The official not only agreed, but also said that the matter could be handled “on a confidential basis.”

An unsigned memo to Phillip Morris’ top management explained why this research was necessary:

We are in the business of relaxing people who are tense and providing a pick up for people who are bored or depressed. The human needs that our product fills will not go away. Thus, the only real threat to our business is that society will find other means of satisfying these needs. …

In this situation [marijuana as a rival product], business theory … strongly suggests that we should learn as much as possible about this threat to our present product.

British American Tobacco also recognized the need to begin researching cannabis so that the company would be in a good position to manufacture and market cigarettes containing the drug once the laws changed. Charles Ellis, who was on the company’s board of directors, wrote this in a 1970 document that detailed plans for both short- and long-term cannabis-related studies:

Smoking [a marijuana] cigarette is a natural expansion of current smoking habits which, if a more tolerant attitude were ever taken to cannabis, would be a change in habit comparable to moving over to cigars. …

The proposed research can be started off very simply, it is just to do for “cannabis-loaded” cigarettes what has already been done for normal cigarettes. …

Later, some people at British American Tobacco apparently took the position that marijuana would not be a direct threat to cigarettes because of the different actions of the two drugs on the brain. Company memos do discuss, however, producing a blended product should marijuana ever become legal.

Other documents express concern about the “obvious danger,” as one memo put it, that “if the marijuana habit notches up further small advances in legality, many people may switch from one to the other in their search for a form of escape from our neurotic civilization.”

According to the paper trail, tobacco executives were clearly worried that marijuana would be viewed as a healthier option for this escape.

A possible solution to the marijuana threat was outlined in a 1980 British American Tobacco document: The company should, according to the document, “learn to look at itself as a drug company rather than as a tobacco company.” Here’s why:

The mood affecting drug requirements of the population will in the future increase but the range of requirements will encompass tranquilisers e.g. valium, endorphin/enkephalin (brain opiates), marijuana, nicotine analogues, etc. At present the taking of many of these drugs is either medically prescribed or regarded as deviant behavior, but could be “socialized” like alcoholic drinking and tobacco smoking.

It’s not clear what, if anything, the companies did as a result of this research.

As the UCSF authors of The Millbank Quarterly study point out, tobacco may have been a gateway to marijuana back in the 1980s, but now the reverse appears to be true.

A 2005 Australia study, for example, found that weekly use of marijuana among 20- to 24-year-olds in that country predicted later nicotine addiction, whether or not the youths smoked cigarettes at the time they started using the marijuana.

The tobacco industry is undoubtedly paying close attention, no matter what they say publicly.

“The tobacco companies have a long-standing interest in the possibilities raised by a legalized market,” write the UCSF researchers. “Because of the tobacco industry’s demonstrated ability and willingness to modify its products to increase addictiveness, obfuscate information, deceive the public, and use advertising to target vulnerable groups to increase demand, the industry also has the power to dramatically change (and expand) the use of marijuana.

“It is important that tobacco control advocates and the public understand the clandestine research and analyses that the tobacco industry has conducted regarding potential marijuana legalization,” the researchers add, “as well as the tobacco industry’s role in turning cigarettes into the world’s most widely used delivery system for the addictive drug nicotine, the leading preventable cause of death, to prevent the industry from repeating this history with marijuana if given the opportunity.”

You can download and read a PDF of the UCSF study here.