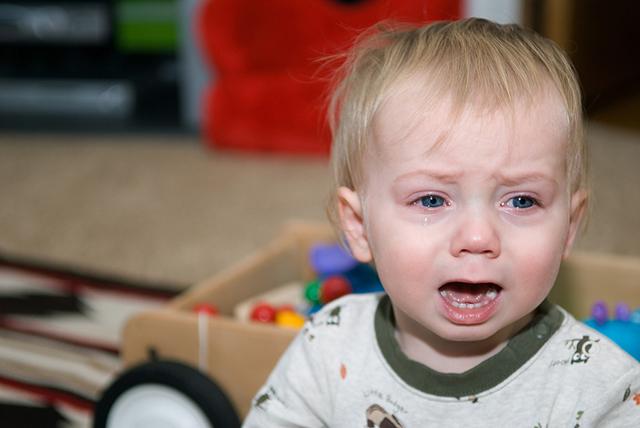 Creative Commons/Upsilon Andromedae
An increasing number of babies with normal reflux, particularly when it’s accompanied by crying and fussiness, have been labeled as having GERD.

Too many pediatricians are labeling a normal behavior of infants — spitting up — a disease, causing a stunning and troubling increase in the number of babies being unnecessarily treated with acid-suppressing drugs known as proton pump inhibitors (PPIs), writes Dr. Aaron E. Carroll, a professor of pediatrics at Indiana University School of Medicine, in an opinion piece published Monday in the New York Times.

As Carroll notes, refluxed milk spit up by infants is rarely acidic, and the vast majority of these babies aren’t “sick”:

About 50 percent of healthy infants will spit up more than twice a day. About 95 percent of them completely stop doing that without treatment. When a majority of infants have (and have always had) a set of symptoms that go away on their own, it isn’t a disease — it’s a variation of normal.

Infants vomit more often because they have an all-liquid diet. They have an immature esophageal sphincter, which doesn’t quite close off the stomach from the esophagus. They eat every few hours, and they have small stomachs. Countless infants will have symptoms of gatroesophageal reflux.

Of course, there is such a thing as gastroesophageal reflux disease (GERD). But it is rare in infants, and produces symptoms so severe, writes Carroll, “that it degrades their life.”

Unfortunately, over the past decade or so, an increasing number of babies with normal reflux, particularly when it’s accompanied by crying and fussiness, have been labeled as having GERD. Between 2000 and 2005 alone, reports Carroll, the incidence of GERD diagnoses in infants tripled.

As diagnoses go up, so do the sales of PPI drugs. As I noted here last year, one study found that between 1999 and 2004, the use of PPIs in infants under the age of 1 year increased sevenfold. And those numbers remain high, despite the fact that 1) a 2009 randomized controlled clinical trial found that PPIs are no more effective than placebos in relieving unexplained crying, irritability and spitting up in babies under a year old, and 2) the U.S. Food and Drug Administration has not approved PPIs for use in children that young. (Many pediatricians apparently don’t care; they just go ahead and prescribe the drugs “off label.”)

“The labeling of patients with a ‘disease’ can have significant consequences, for both people’s health and the nation’s health care budget,” he adds.

You can read Carroll’s essay on the New York Times website. He also writes about the U.S. health care system — “its organization, how it works, how it fails us, and what to do about it” — at the Incidental Economist blog.