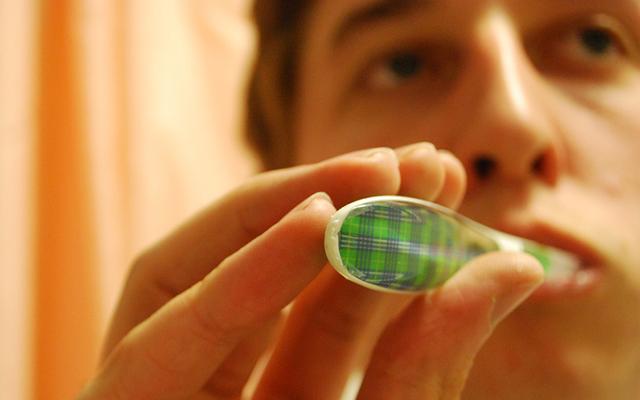 Creative Commons/stuartpilbrow
In addition to the conflicting advice on brushing technique, dental associations, dental textbooks and the other sources examined in the study offer no universal consensus about how often and how long brushing should occur.

A study published last week in the British Dental Journal scolds dentists, dental associations and public health organizations — rather harshly — for having no clear, evidence-based consensus on how we should brush our teeth.

That’s right. You may think you’ve been taught the best method of manually brushing your teeth, but as this study makes clear, no good evidence supports one method over another.

That’s probably why the recommendations are all over the place.

And the fact that the advice from the experts varies so widely (there are no fewer than six different recommended methods) may explain why other research has shown that people tend not to follow their dentist’s instructions about brushing.

“It may be that the methods of toothbrushing recommended are either too difficult to perform or conflict with what patients have learned from other authorities or adverts for toothpastes,” write the papers co-authors, Aubrey Sheiham, emeritus professor of dental public health at University College London (UCL), and Dr. John Wainwright, who worked on the study at UCL before becoming a practicing dentist.

For their study, Sheiham and Wainwright looked at the dental advice given in 10 countries (Australia, Brazil, Canada, Denmark, Finland, Japan, Norway, Sweden, the United Kingdom and the United States) by dental associations, dental textbooks and toothpaste and toothbrush companies, as well as by experts in published studies and opinion articles.

Surprisingly, they often found no advice on brushing, but when advice was given, it was could be any of the six techniques — all of which, by the way, date back to the first half of the 20th century (or earlier).

Most of the sources recommend some form of the “Bass technique,” which emphasizes removing plaque with “predominantly horizontal brush movements,” but sometimes also includes using “vertical and sweeping motions to create circles,” according to Sheiham and Wainwright. Also frequently recommended, especially for children, is the “Fones” method, which essentially scrubs the teeth with large, sweeping motions. The “Scrub” method — “the simplest of the techniques,” according to Sheiham and Wainwright — was mentioned repeatedly as well, although not by any of the toothpaste or toothbrush companies.  It involves holding the toothbrush parallel to the gums and using horizontal motion to “scrub” the gum line and then clean the surfaces of the teeth.

As the two dental researchers point out, the written descriptions of these techniques are often neither clear nor helpful to consumers.

They also point out that although the Bass technique appears to be the one most frequently recommended, there is little good evidence that this technique is any better than the others for controlling plaque and reducing inflammation of the gums.

In addition to the conflicting advice on brushing technique, dental associations, dental textbooks and the other sources examined in the study offer no universal consensus about how often and how long brushing should occur.

Most of the sources recommend twice-daily brushing, but one says it should be done three times a day. And recommendations for brushing duration range from two minutes to three minutes-plus.

Usually, however, these issues are sidestepped, and no recommendation is made at all.

Sheiham and Wainwright express bewilderment at the confused messages the dental profession is sending consumers.

“Universally, dentists, dental associations and government bodies recommend regular daily toothbrushing because it is so important for preventing periodontal disease and caries,” they write. “One would expect some professional consensus on which methods of toothbrushing to recommend.”

In a press release accompanying the article, Sheiham says that without scientific evidence to justify a more complicated method of brushing teeth, a simple scrubbing technique is probably all that’s needed.

“I advise my patients to focus their brushing on areas where plaque is most likely to collect — the biting surfaces and where the teeth and gums meet — and to use a gentle scrubbing motion,” he says.

Sheiham also calls on the dental profession to conduct better — and long overdue — research on the safest and most effective ways to brush.

“For something most people do twice a day,” he says, “you would expect dentists to send a clearer, more unified message to their patients on how to brush their teeth.”

Sheiham and Wainwright’s study is, unfortunately, behind a paywall, but you’ll an abstract on the British Dental Journal’s website.

No evidence or consensus about best way to brush teeth, study finds