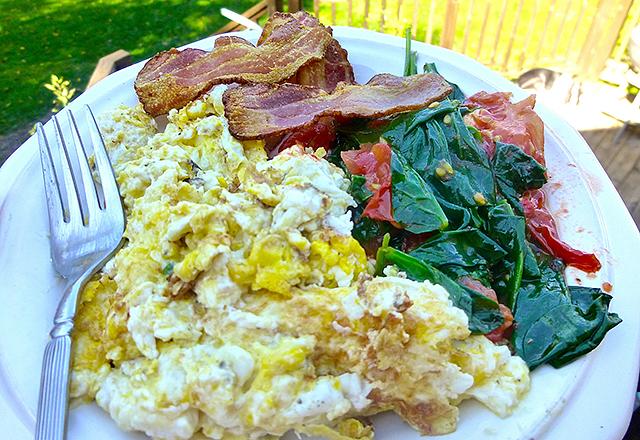 Creative Commons/Deb Nystrom
The analysis found that diets that emphasized reducing carbohydrates were slightly more effective than those that focused on reducing fats.

All of the big-brand diets, whether low-carb, low-fat or in between, are the same when it comes to effectiveness, a new study has found.

This is good news for people trying to lose weight, say the study’s authors, for it means that you can select the diet plan that most appeals to you — or even devise a plan of your own. The key, of course, is to stick with the diet.

The study, which was conducted by researchers from McMaster University in Toronto and published Tuesday in the Journal of the American Medical Association (JAMA), is the first to make an evidenced-based comparison of all existing randomized clinical trials of branded diets.

For the comparison, the researchers analyzed the results of 48 randomized clinical trials involving more than 7,200 overweight and obese adults with a median age of 46 years. They looked at weight loss at six and 12 months.

The analysis found that diets that emphasized reducing carbohydrates (Atkins, South Beach, Zone) were slightly more effective than those that focused on reducing fats (Ornish and Rosemary Conley). At six months, people on low-carb diets lost an average of 19.25 pounds, while those on low-fat ones dropped an average of 17.61 pounds.

After 12 months, however, that gap in weight loss was much narrower. People on low-carb diets had shed 15.98 pounds, on average, while those on the low-fat diets had lost 16.03 pounds.

But all of these differences, stress the study’s authors, are “minor and likely unimportant to those interested in losing weight.”

The analysis also revealed that diets with behavioral support — help with setting and tracking weight-loss goals and with making wiser food choices, for example — increased the average amount of weight that was lost by about 7 pounds at six months.

At 12 months, however, physical activity was the most important factor in how much excess weight had been shed. Dieters who exercised regularly improved their weight loss by an average of about 4.5 pounds.

As the authors of the study stress, their meta-analysis did not compare the nutritional quality of the various diets. Nor did it look at which diets are most effective at helping people keep weight off over the long haul.

Still, the findings “should be reassuring to clinicians and the public that there is no need for a one-size-fits-all approach to dieting because many different diets appear to offer considerable weight loss benefits,” write the researchers.

“The ideal diet is the one that is best adhered to by individuals so that they can stay on the diet as long as possible,” they add.