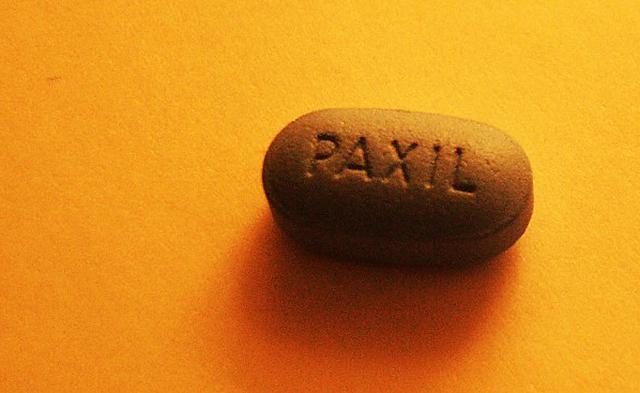 Creative Commons/ryan
Lead author Michael Sugarman and his colleagues were able to include unpublished GSK data about Paxil in their meta-analysis because of a past lawsuit against the company.

The antidepressant paroxetine (Paxil) offers at best only a modest advantage over a placebo for the treatment of anxiety as well as depression, according to a new meta-analysis that looked at both published and unpublished clinical trial data.

The study, which appears in the journal PLOS ONE, found that the published data from paroxetine’s manufacturer, GlaxoSmithKline (GSK), overestimates the drug’s effectiveness. For when the company’s unpublished data was included in the meta-analysis, paroxetine provided benefits of only two to three points on common rating scales for depression and anxiety.

That is an underwhelming difference.

“About 80 percent of the effect can be accounted for by the placebo effect,” said lead author Michael Sugarman, a doctoral candidate at Wayne State University, in a phone conversation Thursday with MinnPost. “It’s hard to argue that that’s clinically significant.”

In fact, as Sugarman and his co-authors, who include the noted Harvard University placebo researcher Irving Kirsch, explain in their study, some research has suggested that changes of less than three points on those rating scales should be described as “no improvement.”

This is not the first time a meta-analysis has found that paroxetine offers little benefit over placebo for the treatment for depression. It is the first time, however, such a finding has been found for anxiety.

‘One is about the same as another’

The meta-analysis’ results have implications for other commonly used selective serotonin reuptake inhibitors (SSRIs), such as fluoxetine (Prozac) and sertraline (Zoloft).

“Previous analyses have shown that one SSRI is just about the same as another one,” said Sugarman. “There isn’t a lot of difference among the drugs.”

That similarity includes side effects. One study found, for example, that more than 70 percent of people who take SSRIs report symptoms of sexual dysfunction, compared to 10 percent of people receiving a placebo. Other common SSRI side effects include drowsiness and weight gain. Less common are an increased risk of suicidal thoughts and a potentially life-threatening buildup of the hormone serotonin in the body (a condition known as serotonin syndrome).

“It’s hard to justify these risks given the minimal differences that we see in benefits,” said Sugarman.

“It’s also not medically necessary to take these drugs,” he added. “There are other options available.”

The leading option is psychotherapy with a trained professional. Studies have shown that although psychotherapy and drug interventions perform equally well over the short term — less than 12 weeks — psychotherapy is clearly superior to drug therapy over longer periods of time.

“Part of the reason we see that is because [psychotherapy] involves skills training to help prevent future occurrences or continuation of the mental illness,” said Sugarman.

Another concern about drug therapy for depression and anxiety, he added, is that once people start taking the drugs, they generally stay on them for a long period of time, usually years.

“That long-term therapy may not be necessary in a majority of cases,” he said.

The finding from this meta-analysis also underscores the need for researchers to have unfettered access to unpublished drug data. As supporters of the ongoing open data campaign have noted, it’s “absurd” to let pharmaceutical companies decide what clinical trial data the public — and even regulators — get to see.

Sugarman and his colleagues were able to include unpublished GSK data about Paxil in their meta-analysis because of a past lawsuit against the company. In 2004, GSK was sued for not disclosing negative data that linked Paxil to suicidal thoughts in children. As part of that settlement, GSK agreed to post all the results of its clinical trials online, including those that it had never published. That data led researchers to discover that the company’s type 2 diabetes drug, Avandia, significantly increased the risk of heart attacks and heart failure. In 2012, GSK pled guilty to misdemeanor charges for not disclosing negative data about Avandia — and for marketing Paxil and another anti-depressant, Wellbutrin, for unapproved uses.

PLOS ONE is an open-access journal, so you can read the study in full at the journal’s website.