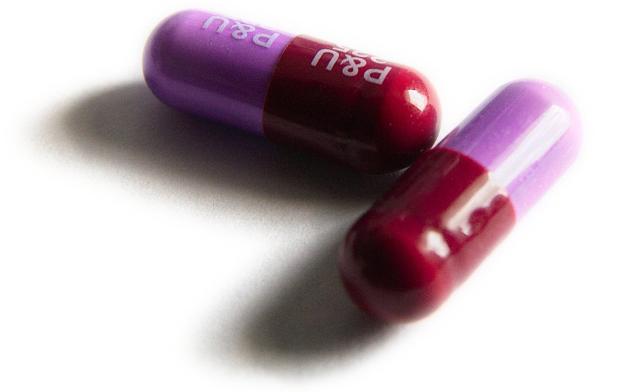 Creative Commons/Michael Mortensen
The overprescribing of antibiotics has been a significant contributor to the emergence of potentially antibiotic-resistant bacteria.

Doctors are much more likely to prescribe antibiotics unnecessarily to a patient with an acute respiratory illness if that patient is seen by the doctor toward the end of the doctor’s morning or afternoon shift in the clinic, according to a study published Tuesday in JAMA Internal Medicine.

The finding suggests, say the study’s authors, that doctors are prone to “decision fatigue,” a well-observed psychological phenomenon in which the very act of making repeated decisions erodes the self-confidence of the decision-maker, causing him or her to make easier and safer choices. Judges, for example, are much more likely to deny parole (a safer decision than permitting it) at the end than at the beginning of their workday.

The finding may also help explain why so many U.S. doctors overprescribe antibiotics. Last year, this same team of researchers from Brigham and Women’s Hospital in Boston reported that physicians were handing out prescriptions for two acute respiratory illnesses, sore throat and acute bronchitis, at rates that were five to seven times higher than needed.

All cases of acute bronchitis and the vast majority of sore throats are caused by viruses, which do not respond to antibiotic treatments. Giving antibiotics to such patients, therefore, does nothing for their symptoms. But it can cause harm. The overprescribing of antibiotics has been a significant contributor to the emergence of potentially antibiotic-resistant bacteria. Each year, more than 2 million Americans come down with infections from antibiotic-resistant bacteria, a factor that leads to at least 23,000 deaths, according to the Centers for Disease Control and Prevention.

For the current study, researchers examined billing and medical records for more than 21,000 patients aged 18 to 64 who were diagnosed with an acute respiratory illness while visiting one of 23 clinics in the Boston area over a period of 17 months in 2011 and 2012. Patients were divided into two groups: those who had an acute respiratory illness for which antibiotics are sometimes indicated (such as strep throat, sinusitis and pneumonia) and those who had an illness for which the drugs are never indicated (such as acute bronchitis, the flu or a sore throat not caused by streptococcal bacteria.) Patients with a respiratory infection who also had a chronic illness or other condition for which antibiotics were appropriate (such as a skin infection) were excluded from the analysis.

The researchers found that 44 percent of the patients were prescribed an antibiotic. But the key finding was this: The doctors became increasingly likely to hand out antibiotic prescriptions as the morning (8 a.m. – noon) and afternoon (1 p.m. – 5 p.m.) clinic sessions progressed. And it didn’t matter whether or not the patients had an illness for which antibiotics are indicated. Both groups were given antibiotics more often toward the end of the sessions.

In fact, the study found the doctors were 26 percent more likely to prescribe antibiotics in the fourth hour of seeing patients than during the first hour.

Losing the ability to resist

The finding, the researchers note, “is consistent with the hypothesis that decision fatigue progressively impairs clinicians’ ability to resist ordering inappropriate treatment.”

That fatigue can be aggravated by many factors, including, write the researchers, “perceived or explicit patient demand, a desire to do something meaningful for patients, a desire to concluded visits quickly, or an unrealistic fear of complications.”

To avoid this problem, say the researchers, doctors should consider modifying or shortening their schedules, taking mandatory breaks or even having a snack to replenish blood sugar levels.

And patients? The study doesn’t say, but perhaps we should consider scheduling our appointments early in morning or immediately after our doctor’s lunch break.

Or, better yet, perhaps we should just stop demanding — or accepting from our doctor — an antibiotic prescription unless one is clearly indicated.

You can read the study on the JAMA Internal Medicine website.