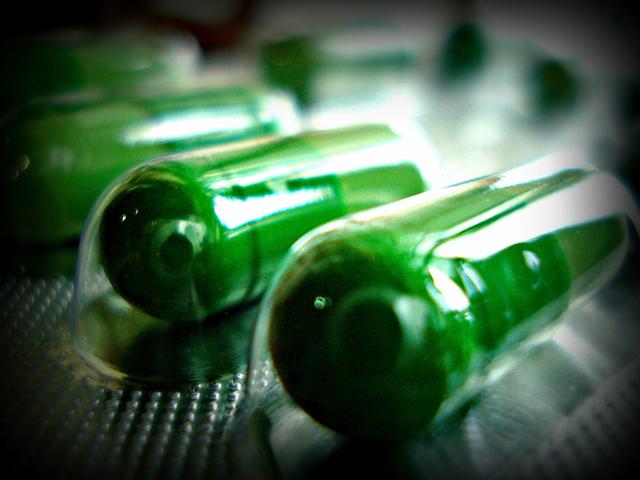 Creative Commons/tacit requiem
Large numbers of Americans — more than half, according to surveys — inexplicably continue to purchase and use these products each year.

Dietary supplements are in the news again this month — and, once again, for troubling reasons.

On Wednesday, researchers reported in the Journal of the American Medical Association (JAMA) that a high percentage of recalled dietary supplements continue to contain banned ingredients. And last week, two U.S. researchers retracted a study they had published in which they claimed a supplement made from green coffee beans resulted in substantial weight loss. Such a retraction is considered a very serious event in the scientific world.

And, yes, this is the very same green-coffee-bean supplement that Dr. Mehmet Oz so famously (and fatuously) promoted on his syndicated television show. (I can’t link to that show because it’s been meticulously scrubbed from his website and elsewhere.)

As I’ve noted in Second Opinion many times before (such as here), dietary supplements are weakly regulated by the U.S. Food and Drug Administration (FDA) and are not required to be proven safe or effective before they’re sold. That unfortunate fact has resulted in dubious, fraudulent and sometimes dangerous practices by supplement manufacturers.

Yet large numbers of Americans  — more than half, according to surveys — inexplicably continue to purchase and use these products each year.

Not adhering to recalls

For the JAMA study, researchers led by Dr. Pieter Cohen of Harvard University analyzed 27 supplements that had been previously pulled from both brick-and-mortar and online shelves because they had been found to contain an ingredient that the FDA deemed could cause a serious adverse health effect — or even death. These ingredients included various anabolic steroids and other powerful prescription drugs, including those used to treat depression, erectile dysfunction, breast cancer and constipation. Some of the supplements had been pulled because they contained sibutramine, a weight-loss prescription drug that is no longer sold in the U.S. because of its association with an increased risk of heart attack and stroke.

Over-the-counter supplements are not, of course, supposed to contain any prescription drugs.

The supplements were purchased for the study eight to 52 months after the FDA’s recall of them. So it’s unlikely that store owners had simply failed to return these products after they were identified as potentially unsafe. Twenty of the 27 products were produced by U.S. manufacturers.

Especially troubling was the finding that six of the supplements still contained sibutramine.

The adulteration cannot be blamed on overseas manufacturers. Among the supplements produced by U.S. companies, 65 percent (13/20) continued to contain banned ingredients.

“Action by the FDA has not been completely effective in eliminating all potentially dangerous adulterated supplements from the U.S. marketplace,” Cohen and his colleagues conclude. “More aggressive enforcement of the law, changes to the law to increase the FDA’s enforcement powers, or both will be required if sales of these products are to be prevented in the future.”

The green-coffee-bean study that was retracted last week was conducted in India at the behest of the Texas-based company Applied Food Sciences (AFS), which makes a green-coffee-bean extract used in dietary supplements and foods. Despite being touted as a randomized, doubled-blinded, placebo-controlled clinical trial, the study was, in the words of the Federal Trade Commission (FTC), “so hopelessly flawed that no reliable conclusions could be drawn from it.”

In September, AFS agreed to pay $3.5 million to settle FTC charges that it used that defective study to support baseless claims about its Green Coffee Antioxidant (GCA) product.

Here’s the FTC’s summary (via a press release) of the whole sordid story:

The study’s lead investigator repeatedly altered the weights and other key measurements of the subjects, changed the length of the trial, and misstated which subjects were taking the placebo or GCA during the trial. When the lead investigator was unable to get the study published, … AFS hired researchers Joe Vinson [a chemist] and Bryan Burnham [a psychologist] at the University of Scranton to rewrite it. Despite receiving conflicting data, Vinson, Burnham, and AFS never verified the authenticity of the information used in the study, according to the complaint.

Despite the study’s flaws, AFS used it to falsely claim that GCA caused consumers to lose 17.7 pounds, 10.5 percent of body weight and 16 percent of body fat with or without diet and exercise, in 22 weeks.

The study was published in January 2012 in the journal Diabetes, Metabolic Syndrome and Obesity: Targets and Therapy. In May, Dr. Oz featured the study’s findings on his show, apparently praising green-coffee-bean extract with such hyperbolic terms as “magic,” “staggering,” “miracle pill” and even “cure.” Oz even conducted his own brief “experiment” with GCA, using 100 women from his studio audience. He declared that after two weeks, women taking the supplement had lost an average of two pounds, while those taking a placebo had lost an average of one pound. (Another bogus “study.”)

“Although AFS played no part in featuring its study on The Dr. Oz Show,” says the FTC, “it took advantage of the publicity afterwards by issuing a press release highlighting the show. The release claimed that study subjects lost weight ‘without diet or exercise,’ even though subjects in the study were instructed to restrict their diet and increase their exercise, the FTC contends.”

Sales of GCA pills skyrocketed after Dr. Oz’s enthusiastic description of them — to more than half-a-million within a few months.

As Jessica Rich, director of the FTC’s Bureau of Consumer Protection, states in the FTC’s press release, “Applied Food Sciences knew or should have known that this botched study didn’t prove anything. In publicizing the results, it helped fuel the green coffee phenomenon.”

Oz should have known, too, of course.

Unfortunately, I know this won’t be the last column I’ll be writing about dubious — or dangerous — dietary supplements. Caveat emptor.