Educating teenage girls thoroughly about all forms of contraception and then providing that contraception at no cost would significantly reduce unwanted teenage pregnancies, births and abortions in the United States, according to a study published Thursday in the New England Journal of Medicine.

That would be a much-needed development. Although the U.S. teen pregnancy rate has fallen substantially over the past two decades, it’s still among the highest in the world and represents, as this study notes, “a stubborn public health problem.” Each year, more than 600,000 American girls between the ages of 15 and 19 become pregnant, and three in 10 girls become pregnant before their 20th birthday.

Teen pregnancies are associated with higher rates of medical problems for both mother and child. In addition, children born to teenage mothers are more likely to have developmental problems and to grow up in poverty. The economic burden of teen pregnancies on the U.S. economy is significant, costing about $10 billion a year in public assistance, health care and lost income.

For this study, researchers at Washington University School of Medicine in St. Louis used data collected from 1,404 teenagers, aged 15 to 19, who were participating in the Contraceptive CHOICE Project, a large study designed to reduce unintended pregnancy in the St. Louis region by promoting the use of two long-acting, reversible contraceptive methods, intrauterine devices (IUDs) and implants (small devices implanted under the skin, usually in  the upper arm, that release pregnancy-preventing hormones).

About 97 percent of the teens in the Contraceptive CHOICE Project were sexually active at the time they enrolled in the study. The others said they intended to become sexually active within the next six months. Nearly half reported a previous unintended pregnancy, and 18 percent had a history of abortion.  Almost 500 were minors (aged 17 or younger). The minors had to provide the written consent of their parents or guardians to be in the study. They could enroll under a waiver of that consent if they didn’t know where their parents were or if they didn’t want their parents to know that they were seeking contraception. Four minors enrolled using the waiver.

All participants in the Contraceptive CHOICE Project were given contraceptive counseling about commonly used reversible contraceptive methods. The methods were presented in order of their effectiveness, and potential side effects were reviewed. The young women were told that they would be given immediate and free access to the contraceptive method of their choice (barring any medical contraindications), including same-day insertion of an IUD or implant. 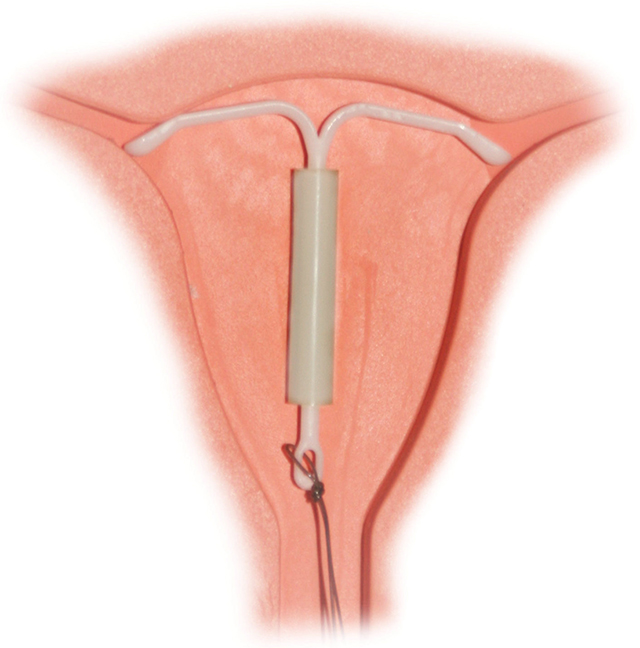 The young women were then followed for two to three years to see how many became pregnant. The results were remarkable. During the five years (2008-2013) of the study, the average annual birth rate among its teenage participants was 34 per 1,000 teens. By comparison, the national teen pregnancy rate in 2008 was 158.5 per 1,000 teens  — more than four times higher.

Interestingly, two-thirds of the teens in the study who had chosen IUDs and implants were still using those devices two years later, while that was true for only a third of the teens who had chosen shorter-acting methods, such as birth control pills.

As the authors of the NEJM study point out, the U.S. Centers for Disease Control and Prevention has set a goal of reducing teenage births to 30.3 per 1,000 teens by 2015. This study achieved a much lower rate than that.

Indeed, the findings demonstrate that full and detailed contraception education, coupled with free and easy access to all available methods of birth control, but especially long-lasting ones such as IUDs and implants, are key to reducing teenage pregnancies.

On Monday, before the NEJM study was published, the American Academy of Pediatrics published new practice guidelines in which they recommended that long-lasting contraceptive devices should be the first choice of birth control for teenage girls.

Let’s hope that our politicians and policymakers are listening.

You can read the study in full on the NEJM website.