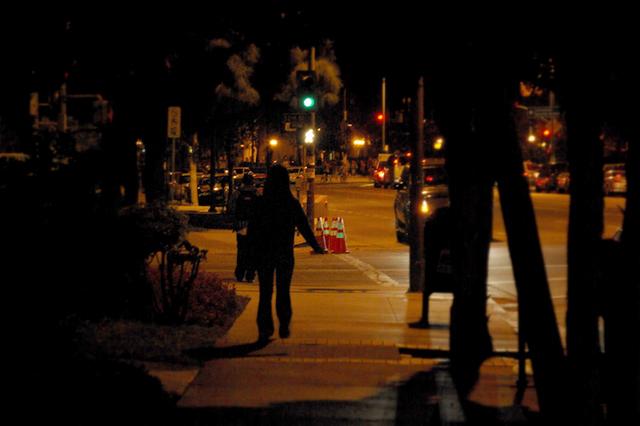 A new survey on the “fears, worries and concerns of Americans” was released this week — just in time for Halloween.

Conducted by researchers at Chapman University in Orange, California, the survey involved a representative sample of more than 1,500 adults. The information gathered was divided into four basic categories: personal fears, crime, natural disasters and “fear factors” (the factors that are the strongest predictors of Americans’ fears).

Here are the top five personal fears of Americans, according to the survey:

And here are the top five worries or concerns of Americans:

A persistent fear of violent crime

Violent crime elicited high levels of fear among the survey’s participants, despite the fact that, as the Chapman researchers point out, the overall incidence of violent crime in the U.S. has been declining for two decades.

“What we found when we asked a series of questions pertaining to fears of various crimes is that a majority of Americans not only fear crimes such as child abduction, gang violence, sexual assaults and others, but they also believe these crimes [as well as human trafficking, mass riots, pedophilia, school shootings and serial killings] have increased over the past 20 years,” said Edward Day, a sociologist at Chapman University, in a press statement released with the survey.

The crime that Americans are most optimistic about, according to the survey, is “mass riots.” About 23 percent of the people polled said that the prevalence of mass rioting has decreased in recent years.

When it came to natural disasters, the ones most feared by Americans in the survey were the following:

The survey also found that the vast majority of Americans — even ones living in regions hardest hit by natural disasters — are unprepared for such emergencies. Only 25 percent of the people surveyed, for example, said they had emergency kits containing food, water, clothing and medical supplies to help them through a natural disaster. (I actually find that number to be surprisingly high.)

Not surprisingly, perhaps, is the finding that the levels of concern about natural disasters — and the types of disasters that elicit concern — vary from region to region. While 35 percent of the survey’s participants who lived in western states said they were “worried” or “very worried” about natural disasters, only 19 percent of those living in the Midwest expressed that level of concern.

And the survey’s Midwest participants listed their fears of natural disasters in a slightly different order:

The final part of the survey focused on what types of people tend to fear certain things and what factors might play a role in those fears.

Two factors were found to be the most consistent predictors of fear: having a low level of education and watching a lot of television, particularly talk shows and shows that feature real-life crime.

Of course, as the Chapman researchers point out, that doesn’t meant that these factors cause people to be more fearful. For example, people who regularly watch talk and true-crime shows may already harbor a lot of fears about the world — fears that draw them to those types of shows on TV.

You’ll find an expansive explanation of the survey and its findings on Chapman University’s website. The researchers plan to conduct the survey every year. It will be interesting to see how our fears and concerns change over time.

What Americans fear the most