Here’s some disquieting news to keep in the mind the next time you or someone you know is hospitalized: Nurses, physicians and other hospital workers who interact closely with patients tend to wash their hands less frequently as their work shift progresses, according to a study published earlier this week in the Journal of Applied Psychology.

Specifically, the study found that the hospital workers’ compliance rate with hand-washing protocols fell almost 9 percent from the beginning to the end of a normal 12-hour shift.

This decline in compliance is most likely due to mental fatigue, say the study’s authors, as well as the fact that hand hygiene is often viewed as a low-priority task among health-care workers. Other research has shown that such tasks tend to be ignored as the workday — and workload — increases.

The study, which used three years of hand-washing data collected from 4,157 healthcare workers in 35 U.S. hospitals, also found that the more time off the hospital workers had between shifts, the more likely they were to follow hand-washing protocols when they returned. In addition, the longer a nurse, physician or other caregiver worked during the previous week, the faster his or her compliance with hospital hand-washing protocols declined over the course of a work shift — and the more his or her compliance improved as a result of having extended time off between shifts.

Putting thousands of lives at risk

Even a small drop in hand-washing compliance among hospitals workers can have serious — and deadly — consequences for patients. Using data from past research, the authors of the current study calculate that the 9 percent drop they observed could lead to 600,000 patient infections each year  — and 35,000 unnecessary deaths (given that almost 6 percent of hospital-derived infections end up being fatal). 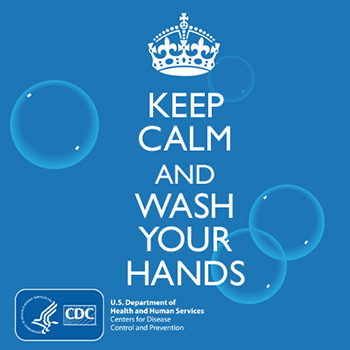 The researchers also estimate that those extra infections may cost the U.S. economy about $12.5 billion annually.

Of course, nurses, physicians and other hospital workers aren’t the only ones for whom demanding work environments lead to negative consequences. The study’s authors note that a similar line of research could be applied to other types of work situations, such as safe-driving behaviors among truckers, safety standards in manufacturing and ethics standards in banking.

You can lower your risk of becoming infected in the hospital — or in any other medical setting — by asking or reminding all your health-care providers to practice hand hygiene, either with soap and water or with an alcohol-based hand sanitizer, before examining or otherwise interacting with you. You should require the same from any friends or relatives who come to visit you in the hospital.

And, of course, you should wash your hands frequently, too.

The Journal of Applied Psychology is published by the American Psychological Association. You can read the study in full online.