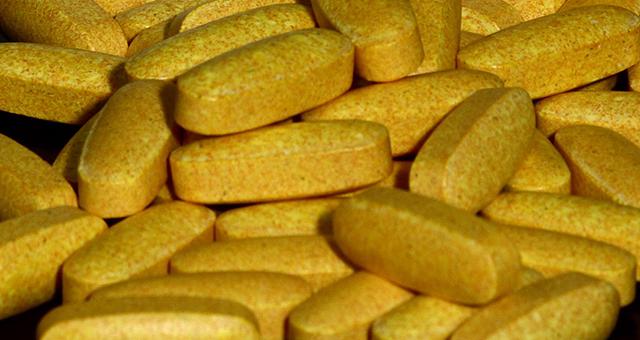 Taking supplements of vitamin B12 and folic acid does not reduce the risk of developing memory and thinking problems, according to a study published this week in the journal Neurology.

That finding actually surprised the Dutch researchers who conducted the study. Previous research had suggested that taking vitamin B12 and folic acid supplements might help delay age-related memory and other cognitive problems in older people, primarily because those nutrients tended to lower blood levels of the amino acid homocysteine. High levels of homocysteine have been associated with Alzheimer’s disease and other forms of dementia.

But that earlier research had involved either observational studies, which cannot prove cause-and-effect, or small clinical trials that lasted less than a year and that had very mixed results. This new study was a large, multi-year, randomized, double-blinded clinical trial — the gold standard of medical research.

The study involved almost 3,000 older Dutch residents (average age: 74) with high blood levels of homocysteine. They were all part of a larger study on the prevention of osteoporosis. Half of the participants were given a daily tablet containing 500 micrograms (mcg) of vitamin B12 and 400 mcg of folic acid for two years, while the rest received a daily placebo.

The participants underwent standardized tests at the start and end of the study to assess four different aspects of their memory and thinking skills.

The study found that the participants in the vitamin-taking group experienced significantly larger decreases in blood levels of homocysteine than those in the placebo group. No difference was found, however, between the two groups’ scores on the memory and thinking tests.

Lowering homocysteine levels, therefore, did not translate into any meaningful clinical improvements.

One of the limitations of the study is that all of its participants took vitamin D supplements. It’s possible, say the authors, that the vitamin D diluted the other vitamins’ effects on cognitive performance.

But, they add, their analysis points to the more likely conclusion that vitamin B and folic acid supplementation simply do not have an effect on age-related cognitive decline.

This study’s findings offer yet more evidence for why most of us should be wary of taking vitamins or other supplements as prevention against disease. Not only are supplements expensive, they may also be harmful. Research has suggested that taking beta-carotene, for example, may increase the risk of lung cancer, particularly among smokers, and that taking vitamin E and selenium supplements may increase the risk of prostate cancer.

As the authors of the current study note, concerns also have been raised about folic acid supplements and an increased risk of cancer. Indeed, the researchers found that participants in their vitamin group reported cancer more often than those in their placebo group, but they say that finding could be due to chance. (A 2013 meta-analysis of 13 studies did not find a link between folic-acid supplements and cancer risk.)

(Vitamin supplements do, of course, benefit people with a specific, diagnosed vitamin-deficiency disease, such as Wernicke-Korsakoff disease or pellegra. And folic-acid supplements taken by women during pregnancy help prevent neural-tube birth defects in newborns.)

As the U.S. Preventive Services Task Force noted last year, “The results of vitamin supplementation trials have been disappointing at best.”

The experts on that panel, as well as those at the National Cancer Institute and elsewhere, agree with the American Heart Association’s recommendation that “healthy people get adequate nutrients by eating a variety of foods in moderation, rather than by taking supplements.”

You’ll find an abstract of the Neurology study on the journal’s website.

Vitamin B12 and folic-acid supplements do not help with memory, study finds