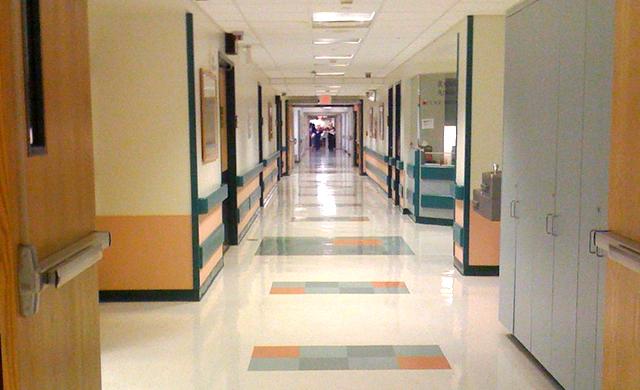 Creative Commons/Michael Coté
Each year, about 1.1 million women have an induced abortion in the United States.

Major health complications from abortions are rare, occurring in less than one quarter of one percent of the procedures, according to a study published online last week in the journal Obstetrics & Gynecology.

That makes abortion safer than many other common medical procedures, including colonoscopies, say the University of California, San Francisco (UCSF) researchers who conducted the study.

Abortions are also much, much safer than childbirth. Other research has shown that women are 14 times more likely to die from giving birth than from having an abortion.

Each year, about 1.1 million women have an induced abortion in the United States.

As the authors of this new study point out, understanding the complication rates for abortion is essential to ensure that women’s health is safeguarded. Past findings on this topic have been somewhat incomplete, partly because the studies didn’t always include follow-up data on the women after they returned home. Women must often travel long distances to undergo an abortion, so if a complication develops, it may be diagnosed at a medical facility other than where the abortion occurred.

This study addressed that problem. Its authors not only analyzed the immediate medical data related to 54,911 abortions conducted in California in 2009 and 2010, they also looked at the medical data for each woman in the six weeks after the abortion — in other words, after the women returned home.

As a press statement released with the study point outs, the rate of serious complications from abortion is slightly lower than that reported for colonoscopies.

The highest rate of complications (5.2 percent) was among women who obtained medication abortions (in which prescription drugs, not surgery, are used to induce the abortion). Again, these complications were mostly minor and expected, say the researchers.

The vast majority of the women in the study had abortions during the first trimester or early in the second trimester of pregnancy. For that reason, the study’s authors say their findings shouldn’t be used to determine the complication rate among the small number of abortions that are performed later in pregnancy. (About 1.4 percent of all abortions in the United States are done after 20 weeks of gestation.)

An intention to inform

The study did find a high rate (6.4 percent) of hospital emergency-room (ER) visits after abortion, although half of those visits were for medical issues not related to the abortion. This finding may reflect the fact that all the women in the study were enrolled in Medi-Cal, California’s Medicaid program for low-income families and individuals. As the researchers point out, Medi-Cal recipients are more likely to use the ER as their health-care provider of first resort when they feel sick.

Medi-Cal recipients also tend to have greater health risks than the general population — a factor that may mean, say the UCSF researchers, that the complication rate from abortions is overestimated in this study.

The researchers hope that this latest data will help inform future policy debates regarding abortion regulation in the United States.

“State legislatures have passed regulations such as ambulatory surgical center requirements (23 states), transfer agreement laws (eight states), and hospital admitting privileges requirements (13 states) with the stated intent to increase safety,” they write. “Given that in practice their ultimate effect often is the closure of abortion facilities, there is a need to consider the public health effect of these policies, weighing any theoretical incremental reduction in patient risk that may occur against any increases in risk that may occur with reduced access to abortion care.”