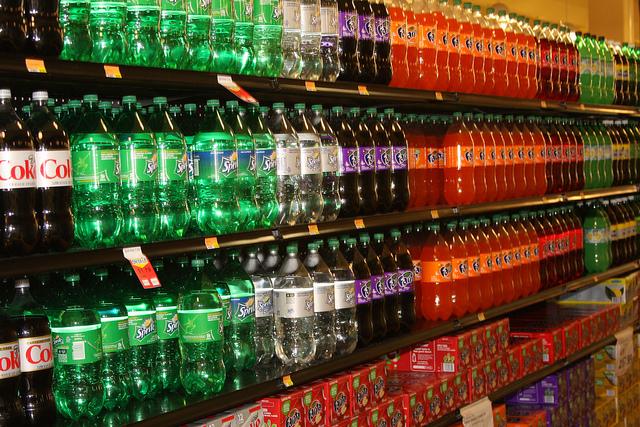 Public health initiatives aimed at reducing heart disease should focus less on getting people to cut back on salt and more on getting them to reduce their intake of added sugars, particularly fructose, say the authors of a provocative paper published this week in the online journal Open Heart.

The reason? Added sugar likely plays a bigger role than salt in raising blood pressure and, thus, in causing heart disease, claim James DiNicolantonio from the Department of Preive Cardiology at Saint Luke’s Mid America Heart Institute in Kansas City, Mo., and Dr. Sean Lucan, from the Department of Family and Social Medicine at Albert Einstein College of Medicine, Montefiore Medical Center in the Bronx.

For decades, health officials have been advising people to reduce their salt (or sodium) intake, but the average reductions achieved by these efforts are small and any potential benefits “are debatable,” say DiNocolantonio and Lucan.

In fact, they point out, some recent research suggests that a daily intake of three to six grams of sodium per day is optimal for health, while less than three grams of salt can be harmful — raising, not lowering, the risk of a cardiovascular “event,” such as a heart attack or stroke.

Current national guidelines for sodium intake recommend less than 2.3 grams daily for the general population and less than 1.5 grams for people aged 51 or older, all African Americans, and people with certain existing health conditions, such as heart disease, kidney disease and diabetes.

Most of the sodium consumed in Western diets comes from processed foods, which, write DiNocolantonio and Lucan, “coincidentally … happen to be major sources of not just sodium but of highly refined carbohydrates: that is, various sugars, and the simple starches that give rise to them through digestion.”

Those added sugars have been well documented as not being good for the cardiovascular system, they add.

The sugar does this through several biological mechanisms. It increases insulin levels, for example, which leads to increases in heart rate and blood pressure.  It also depletes energy-storing molecules in cells, which eventually causes blood vessels to constrict and blood pressure to rise.

Research has suggested that consuming 25 percent or more calories from added sugar (instead of 10 percent or less) increases the risk of death due to cardiovascular disease by threefold.

Efforts to lower sodium in processed foods may therefore actually backfire, say DiNicolantonio and Lucan, because it “could lead to an increased consumption of starches and sugars and thereby increase [an] increase in hypertension and overall cardiometabolic disease.”

Naturally occurring sugars found in whole foods like fruit have not been found to have this harmful effect on health, the two researchers stress.

DiNicolantonio and Lucan come down particularly hard on high fructose corn syrup, the sugar most frequently added to processed foods, including soft drinks. They point to research that has shown that one 24-ounce soft drink sweetened with high fructose corn syrup leads to an average maximum increase in blood pressure of 15/9 mm Hg and an average maximum increase in heart rate of 9 beats per minute.

“Worldwide, [sugar sweetened beverage] consumption has been implicated in 180,000 deaths a year,” they write.

Current dietary guidelines about added sugar offer no specific recommendation about fructose, say the two researchers. Nor are the overall recommendations stringent enough.

The dietary recommendations of the American Heart Association (AHA), for example, advise individuals only to consume no more than six (for women) or nine (for men) teaspoons of sugar per day.

A single 12-ounce can of Coca-Cola contains around 10 teaspoons of sugar.

Given the popularity of sugary soft drinks (almost half of Americans say they drink soft drinks on a daily basis) and the ubiquitousness of added sugar in other processed foods, it’s not surprising that the current per person sugar consumption in the U.S. is two to eight times higher than that recommended by the AHA. As DiNicolantonio and Lucan point out in their paper, recent estimates suggest that American adults consume an average of 77 to 152 pounds of sugar each per year, and that 13 percent of them get at least 25 percent of their total calories from added sugar.

That level of consumption translates into an average intake per person of 24 to 47 teaspoons of added sugar each day.

That’s primarily why DiNicolantonio and Lucan believe people should worry less about salt and more about added sugars when planning their diet.

Of course, it doesn’t have to be an either-or situation. By cutting back on processed foods and drinks (fruit juices as well as soft drinks) and focusing more on eating whole foods, particularly whole fruits and vegetables, you will lower your consumption of both salt and sugar — and help your heart.

You can read the paper by DiNicolantonio and Lucan in full on Open Heart’s website.