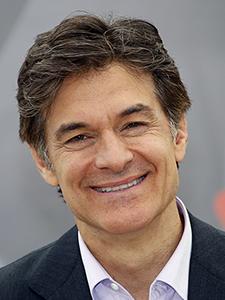 Consumers should be skeptical — very skeptical — about any medical advice dispensed on television talk shows, according to a new study published by a team of Canadian researchers in the journal BMJ.

The researchers analyzed 160 randomly selected medical recommendations and claims made from January to May 2013 on two of the most-viewed daytime talk shows on American television: “The Dr. Oz Show” and “The Doctors.”

“The Doctors” did slightly better. Some 63 percent of its recommendations were evidence-based, and 53 percent were supported by believable evidence. Yet 24 percent of the advice extolled by its hosts and guests lacked any supportive evidence, and 14 percent was contradicted by the published research.

Both talk shows are quite eager to dispense advice. “The Dr. Oz Show” averaged 12 recommendations per episode, and “The Doctors” averaged 11, the study found. Dietary recommendations (such as “Carb load your plate at breakfast”) were the most common type of advice (39 percent) on “The Dr. Oz Show.” On “The Doctors,” the most frequently given advice (18 percent) was to see a healthcare provider (such as “Go to your primary care doctor or talk to their nurse before going to the ER to help relieve the load in the ER”).

Only about 40 percent of the recommendations on both shows explained how the advice would benefit individuals, and the actual amount of benefit from the advice a person might expect to receive (the absolute versus the relative benefit) was mentioned less than 20 percent of the time.

“Thus, anyone who followed the advice provided would be doing so on the basis of a trust in the host or guest rather than through a balanced explanation of benefits, harms, and costs,” write the authors of the study.

Disclosures of potential conflicts of interest by the people or groups making the recommendation were made less than 1 percent of the time on both shows.

The importance of conversation

Of course, as the authors of this study point out, it’s difficult to know how much medicine practiced by doctors in “the real world” is evidence-based. A review published over a decade ago estimated that about 78 percent of medical interventions had “compelling” evidence to back them up.

Still, you can talk with your doctor — unlike with a TV talk show host — to make sure you get the information and transparency you need. “Decisions around healthcare issues are often challenging and require much more than non-specific recommendations based on little or no evidence from media health professionals,” write the authors of the BMJ study. “Patients would do well to ask healthcare providers specific questions about the benefits and harms, along with the magnitude of the effect (in absolute numbers), and the costs and inconveniences of any recommendations.”

You can read the study on the BMJ website.