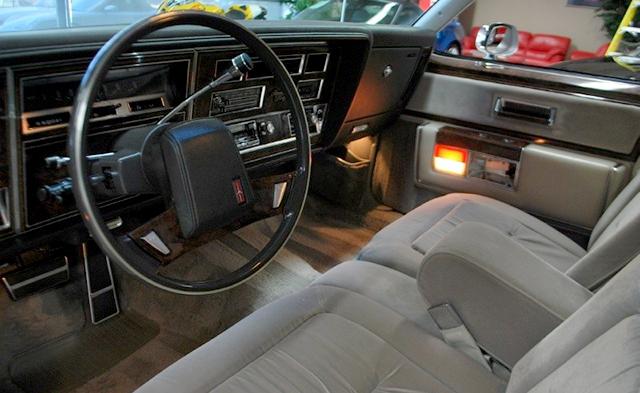 Creative Commons/That Hartford Guy
Although parents state that safety is the top priority they use when choosing a car for their teenage son or daughter, many of those same parents buy their children older, less safe cars.

Teenagers killed on U.S. roads in recent years were about twice as likely to be driving a vehicle six to 15 years old than adults their parents’ age, according to a new study.

They were also significantly more likely than middle-aged adults to be driving small cars and vehicles without important safety features.

These troubling findings suggest that parents need to become better educated about vehicle safety — and to make wiser choices when purchasing cars or trucks that will be driven by their children.

The report was written by researchers at the Insurance Institute for Highway Safety (IIHS), and published Thursday in the journal Injury Prevention.

Parents don’t do what they say

As background information in the study points out, fatal vehicle crashes involving teens have dropped dramatically since 1996, thanks in large part to graduated driver licensing laws.

Yet, per mile driven, the rate of serious vehicle crashes, including fatal ones, involving teens remains tragically high — about three times higher than that for adults.

Obviously, we need to be looking for additional ways of keeping our teenage drivers safe.

One of those ways is to make sure that teens are driving safe vehicles. Research has shown, for example, that larger, heavier vehicles provide, in general, better crash protection than smaller, lighter ones. So do newer vehicles, which are more likely to have important safety features.

But, as surveys have shown, although parents state that safety is the top priority they use when choosing a car for their teenage son or daughter, many of those same parents buy their children older, less safe cars.

For the current study, IIHS researchers analyzed data from the U.S. Fatality Analysis Reporting System for the years 2008-2012. This database includes all vehicle crashes on U.S. roads in which at least one person died within 30 days of the accident. The researchers looked at the types, sizes and ages of the vehicles involved in these deadly crashes for two groups: teens (ages 15-17) and middle-aged adults (ages 30-50). They chose that adult age range because it includes most parents of teenagers.

In addition, only about 12 percent of the vehicles driven by the teens in the study had Electronic Stability Control (ESC) as either a standard or optional feature. That compared to 15 percent of the vehicles driven by the adults in the study — a small but significant difference, say the researchers.  ESC is a safety feature that helps prevent drivers from losing control of their car during a sudden swerve or on slippery roads — and losing control of a car is a situation that is more common among inexperienced drivers. Research has shown that ESC reduces the risk of death by about half in single-vehicle crashes and about 20 percent in multi-vehicle ones.

The current study also found that the teens in the study were slightly less likely than the adults to have had side airbags as a standard feature in their vehicles (14 percent versus 12 percent).

Parents should shop for the newest car they can afford for their teenager, the IIHS researchers conclude. Newer vehicles are generally more likely to have better crash-test ratings, they point out, as well as important safety features, such as ESC and side airbags.

You’ll find an abstract of the study at Injury Prevention’s website.

Teens in fatal crashes are too often driving unsafe cars