Middle-aged Americans significantly — and unrealistically — underestimate their own future need for long-term health care, according to a University of Minnesota study published Monday in the journal Health Affairs.

The study, based on almost 12,000 responses to the 2012 National Health Interview Survey, found that only 40 percent of Americans aged 40 to 65 think it’s likely that they will need long-term health-care services.

Those expectations don’t match reality. Experts estimate that 70 percent of today’s middle-aged adults will need some level of long-term services to help them cope with aging-related physical and mental disabilities after age 65, and almost half will spend some time in a nursing home.

“Middle-aged adults vastly underestimate their need for care. That didn’t surprise us, but it does concern us,” Carrie Henning-Smith, the study’s lead author and a PhD candidate in the U of M’s School of Public Health, told MinnPost. “It confirms other findings that they are underprepared and may not be making plans, financially or otherwise, for later care use.”

A failure to anticipate

Another key finding of the study, one that is a bit more surprising, is that many people appear to be basing their unrealistic expectations about their need for future care — and who will provide that care — on their current living arrangements.

“We found that care expectations really do differ by living arrangement,” said Henning-Smith. “Who you are currently living with has an impact on your thoughts about the future and about your planning for the future.”

Yet basing your expectations about future health-care needs on your current living situation doesn’t take into account that family relationships — and structures — change. Marriages frequently end, either as a result of divorce or death, and children grow up and move away, sometimes far away.

The U of M study found that people who live alone are the most likely to say it’s “very likely” they will need services to help them cope with daily living activities in the future. They also have, on average, higher rates of disability and chronic health issues, a factor that may explain their more realistic expectations about their future need for assistance, said Henning-Smith.

People living with minor children — particularly those in two-parent households — were the least likely to say they would need long-term health-care services in the future.

“They may be so busy that they’re not thinking about their future,” said Henning-Smith, “or they may be thinking that their kids will provide the care. That might be true, but the kids may also possibly move away.”

A lack of knowledge

As background information in the study points out, middle-aged Americans are woefully ill informed about long-term care, especially its cost — and who pays for it. Other research has shown that 40 percent of Americans believe Medicare will pay for their long-term health-care needs, while only 11 percent believe that Medicaid will. 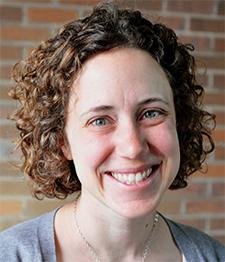 The reality is, however, that Medicaid pays for almost two-thirds of all long-term government-funded services in the United States. To qualify for those services, individuals must have almost no financial assets.

Medicare does not cover long-term nursing care or adult day care. Nor does it cover expenses for assistance with eating, bathing, dressing and other daily activities.

People’s overestimation of the role that Medicare will play in paying for long-term health-care services may explain, in part, why a 2014 study found that almost one-third of adults aged 40 or older have made no plans, either through savings or private insurance, for their own future long-term health-care needs. (Of course, putting aside money for anything is problematic for many low-income and middle-class Americans, and long-term private health insurance can be prohibitively expensive. Indeed, there is considerable debate about whether such insurance even makes economic sense for most American families.)

Time for planning is now

“We need to figure out some solutions,” she added. “These costs just keep rising, and people’s savings haven’t gone up.”

In their study, Henning-Smith and her co-author, Tetyana Shippee, an assistant professor of health policy and management in the School of Public Health, urge policymakers to develop “programs that encourage people to plan for long-term services and supports” — plans that “can be tailored by living arrangement and family structure.”

And middle-aged Americans need to start thinking — and talking with family members — about this issue.

“Become educated about what long-term care is,” said Henning-Smith. “It’s better to think about it now, while you’re young and healthy.”

Then create some kind of advanced plan. “Your family needs to know that plan before the moment of crisis arrives, even if you’re hopeful that you’ll never need care,” she said.

Middle-aged Americans unrealistic about their future health-care needs, U of M study finds