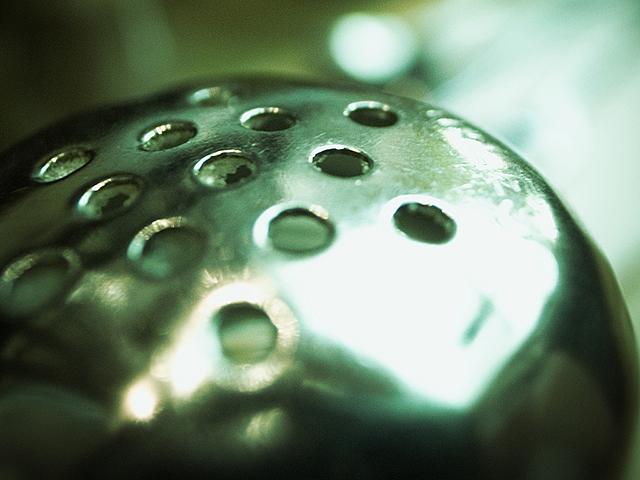 Creative Commons/spDuchamp
The American Heart Association takes the position that all of us should limit our sodium intake to 1,500 mg/daily.

The ongoing controversy over current sodium recommendations heated up again on Monday.

A new study, published in JAMA Internal Medicine, found no significant correlation between high sodium intake (more than 2,300 milligrams daily) and an increased risk of death among adults in their 70s who were followed for a 10-year period.

Current U.S. guidelines recommend that everyone aged 2 and up consume no more than 2,300 milligrams per day (mg/daily). That’s about a teaspoon of salt (which is about 40 percent sodium). These guidelines also urge certain groups — people aged 51 and up, African-Americans of any age, and people with high blood pressure, diabetes or kidney disease — to restrict their sodium intake even more, to below 1,500 mg/daily.

The American Heart Association takes the more rigorous position that all of us should limit our sodium intake to 1,500 mg/daily.

The average American adult consumes more than 3,400 mg/daily of sodium.

Serious concerns have been raised, however, about both the practicality and the benefits of the lower target level — in a 2013 report by the Institute of Medicine, for example, and in last year’s findings from the large Prospective Urban Rural Epidemiology (PURE) study (which reported that low-sodium intake was associated with an increased risk of death).

The new study published on Monday seems to support some of those concerns — particularly any further restriction of sodium consumption among older adults.

The study involved 2,642 healthy people aged 71 to 80 who were enrolled in 1997 and 1998 in the Health, Aging, and Body Composition (Health ABC) Study, which is funded by the National Institutes of Health. The study’s focus is aging and health, not specifically the issue of dietary sodium intake, but each of the participants had completed a detailed (108-item) questionnaire about his or her diet.

The participants were followed for 10 years, during which 881 of them died. The researchers compared that death data with the levels-of-sodium data to determine if there was any association between the two.

This study, like all studies, has its limitations. Most notably, it was an observational study, and it used self-reports to determine sodium consumption. So its findings shouldn’t be interpreted as definitive evidence about dietary sodium’s impact on older people’s health.

Still, the findings add some useful information to the ongoing debate about the current sodium recommendations — and underscore the need for more rigorous research in this area.

“Considering the special case of older adults, in whom comorbidities, inadequate caloric intake, and medication interactions are additional concerns with very low sodium intake, the effect of sodium restriction should probably be tested explicitly in this population before implementing a generalized recommendation for very low (<1500 mg/d) sodium intake target,” the study’s authors write.

Until then, they add, “a more conservative approach to sodium restriction (eg, targeting <2300 m/d) might be appropriate for older adults.”

You’ll find an abstract of the new study on the JAMA Internal Medicine website.