For both individuals and communities, getting people out of their automobiles and onto bicycles can be very beneficial. Research has shown that even when you factor in the risks of accidents and the extra exposure to air pollution, bicycling to work is associated with a significant overall reduction in disease, including a lower risk of heart disease, stroke, type 2 diabetes and certain types of cancer.

And healthier residents mean lower healthcare-related costs for their communities.

But to encourage more people to give up their car for a bike, communities need to become more “bike-friendly” — and that includes making it easier for people to combine cycling with mass transit.

So I was intrigued to come across a study this week that examined how far cyclists in three large U.S. metropolitan areas are willing to ride to catch a bus or train that will take them the rest of the way to work.

One of those metro areas was Minneapolis-St. Paul. The other two were Los Angeles and Atlanta.

The study, which used data collected through mass-transit ridership surveys, found that while only a small percentage of people in the three metro areas ride their bike to a bus or train to commute to work, those who do tend to cycle an average of three miles or less — one to two miles in Minneapolis-St. Paul and Atlanta and a slightly longer three miles in Los Angeles (probably because that city’s weather is more conducive to biking).

The study suggests, therefore, that if the Twin Cities wants to get more cars off the road, it needs to focus on making the two-mile “catchment” zones around transit hubs as bike-friendly as possible.

“Improve the cycling infrastructure in those zones,” said Henry Hochmair, the study’s author and an associate professor of geomatics at the University of Florida, in a phone interview Thursday with MinnPost. 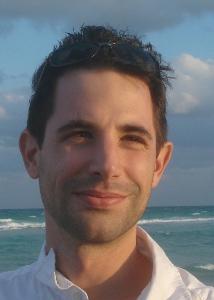 That can be done in many ways, he explained, such as by installing bike-only lanes that separate bikes from vehicular traffic, by making traffic intersections safer for cyclists and by creating direct routes through neighborhoods to transit hubs that enable cyclists to avoid time-delaying obstacles like cul-de-sacs and strip malls.

Those percentages are much different in Europe, he said. In the Netherlands, for example, more than a third of the people who commute to work by train or bus take their bikes to transit hubs. In fact, one study found that more people in the Netherlands bike (35 percent) than walk (27 percent) to mass transit.

One final interesting piece of data from Hochmair’s study: He found that two groups of Twin Cities cyclists are willing to bike further than one or two miles to get to a transit hub: those who earn less $20,000 and those who earn more $100,000 a year.

The lower-income group “may be forced to take a bus to work, so they may have to go a little bit further to get to that bus,” said Hochmair. The higher-income group, on the other hand, “could probably afford to drive but are cycling for environmental or health reasons,” he added.

Hochmair also found that people are willing to bike a bit further to catch a train than to catch a bus because the longer bike ride is compensated by a shorter overall commute.

This study, like all studies, has its limitations — most notably, the small number of bike-transit commuters who participated in each of three surveys. The Twin Cities survey captured only 99 people who combined cycling with either a bus or the light rail. Furthermore, the survey was conducted in 2010 — before the Metro Green Line was up and running.

Still, it offers some interesting and useful information for the Twin Cities metropolitan region as we expand mass transit options and encourage more people to get to those options on two wheels rather than four.

The study was published in the January 2015 issue of the International Journal of Sustainable Transportation.

Want to get more cars off the road? Improve bicycling infrastructure around transit hubs