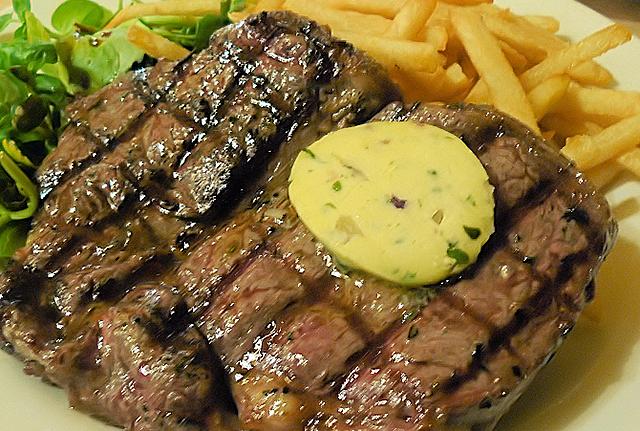 Creative Commons/Mike_fleming
Researchers: “Two recent publications have questioned the alleged relationship between saturated fat and [coronary heart disease] and called for dietary guidelines to be reconsidered.”

When American and British health officials issued dietary fat guidelines back in the late 1970s and early 1980s, they did so without any good scientific evidence, according to new research published Monday in the online journal Open Heart.

The guidelines recommended that individuals limit their consumption of dietary fat to 30 percent of their total daily calories to lower their risk of heart disease. They also urged people to cut back their saturated fat intake to no more than 10 percent of daily calories.

The main reason for this warning, the officials said at the time, was because eating fatty foods raised the risk of artery-clogging plaques of cholesterol forming in the bloodstream.

Dietary fat has been generally demonized and feared ever since. In the United States, the recommendations became codified into what is now called the “Dietary Guidelines for Americans.” Tens of millions of people took the message to heart (more than metaphorically) and altered their eating patterns, cutting back on butter, cheese and fatty meats — or eliminating those foods from their diet altogether. “Low-fat” became many people’s dietary religion, and the multibillion-dollar-a-year low-fat food industry quickly sprang up to support it.

Tracking down the evidence

Yet when the two committees made those recommendations over three decades ago, even they acknowledged that the scientific evidence on the topic was inconclusive.

The committees didn’t actually cite any clinical trials when they issued their advice. The U.K. guidelines, did, however, refer to a large population study, called the Seven Countries Study, whose key author was University of Minnesota epidemiologist Ancel Keys. That study (controversial at the time and even more so now) had suggested — to much media fanfare — that heart disease “tended to be related” to cholesterol levels and that those levels in turn “tended to be related” to the amount of saturated fat in the diet. But even Keys admitted that his study could show only a correlation, not causation.

So what exactly was the evidence that the U.S. and U.K. committees had available to them 30 years ago? And just how conclusive (or not) was it?

To figure that out, a team of American and British researchers embarked on a database search. They found six relevant clinical trials involving seven different dietary interventions that had been published before 1983. Each had investigated the relationship between dietary fat, blood cholesterol levels and the development of heart disease. The studies spanned five years and involved almost 2,500 men.

An analysis of those six studies revealed a startling finding — one that calls into serious question just why the public was ever instructed to lower the percentage of their dietary fat intake.

The analysis found no statistically significant difference in the death rate between those in the “treatment” (low-fat) groups and those in the control groups.

Reducing dietary fat did reduce cholesterol levels, but the reduction did not result in any significant differences in the death rates.

What this means, say the authors of the meta-analysis, is that the American and British dietary committees had best-practice evidence available to them at the time they made their recommendations — evidence that “was not considered and should have been.”

In their conclusion, the researchers do not mince words:

From the literature available, it is clear that at the time dietary advice was introduced, 2,467 men had been observed in RCTs [randomized control trials]. No women had been studied; no primary prevention study had been undertaken; no RCT had tested the dietary fat recommendations; no RCT concluded that dietary guidelines should be introduced. It seems incomprehensible that dietary advice was introduced for 220 million Americans and 56 million UK citizens, given the contrary results from a small number of unhealthy men.

“Two recent publications have questioned the alleged relationship between saturated fat and [coronary heart disease] and called for dietary guidelines to be reconsidered,” the researchers add. “The present review concludes that dietary advice not merely needs review; it should have not been introduced.”

And as for why the guidelines were issued without any strong supportive evidence, the researchers place at least some of the blame on meddling politicians:

An exchange between Dr. Robert Olson of St. Louis University [a member of the U.S. committee that would eventually issue the new low-fat recommendations] and Senator George McGovern, chair of the Dietary Committee, was recorded in July 1977. Olson said, “I pleaded in my report and will plead again orally here for more research on the problem before we make announcements to the American public.” McGovern replied, “Senators don’t have the luxury that the research scientist does of waiting until every last shred of evidence is in.”

You can read the study in full on the Open Heart website.