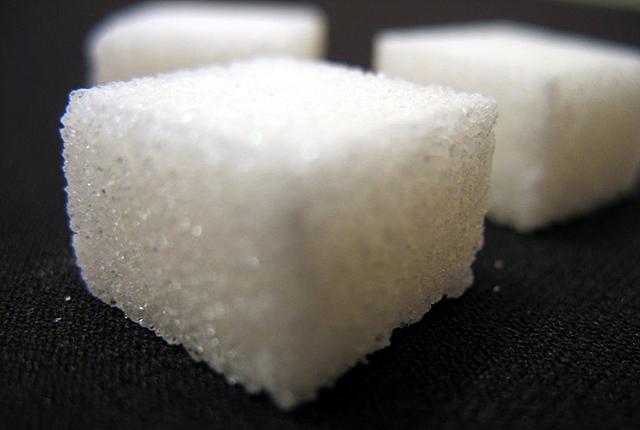 Creative Commons/Uwe Hermann
The sugar industry appears to have successfully persuaded government health authorities from funding any studies that might categorize foods by their cavity-promoting characteristics or that might lead to policies that persuaded people to eat less sugar.

Fifty years ago, few researchers were investigating the relationship between refined sugars and chronic diseases such as type 2 diabetes and heart disease. At the time, the major recognized health problem associated with sugar — especially sucrose, made from sugar cane or sugar beets — was tooth decay.

So, in the late 1960s, the National Institute of Dental Research (NIDR) declared that it was going to accelerate its research efforts to find “the means for virtual eradication of dental caries.” The agency identified three research priorities: 1) stopping sugar-related cavity-causing bacteria from sticking to and damaging teeth, 2) determining the most effective way of including fluoride in the fight against cavities; and 3) figuring out how to get people to modify their diet to reduce dental cavities.

Today, that research agenda seems obvious and innocuous, especially the idea that some foods have more decay-causing (cariogenic) potential than others. But in 1967, health officials felt they didn’t have the scientific evidence they needed to recommend that the public change their diet to reduce their exposure to sugar.

And the cane and beet sugar industry apparently wanted to keep it that way. After the NIDR announced its National Caries Program, the sugar industry quickly — and effectively, it turned out — set about developing a strategy to make sure that research would not focus on reducing sugar consumption but on lessening the damage that sugar inflicted on teeth.

A story of hidden influence

Researchers from the University of California, San Francisco (UCSF) describe that strategy in detail in a fascinating new research paper published earlier this week in the journal PLOS Medicine. Relying on newly uncovered sugar-industry documents from the late 1950s through the early 1970s, they painstakingly describe how industry officials and the International Sugar Research Foundation (ISRF, which today is known as the Sugar Association) successfully influenced NIDR research and policy.

For example, nine of the 11 members of the NIDR’s Caries Task Force Steering Committee, which was the group assigned the task of identifying research priorities, were also members of the ISRF’s Panel of Dental Caries Task Force. This factor essentially enabled the sugar industry to influence the research agenda of NIDR without appearing to do so directly.

Indeed, most of the sugar industry’s own research priorities — 78 percent — were directly incorporated into the NIDR’s first request in 1971 for research proposals from scientists, according to the USCF researchers’ analysis of the unearthed documents. That request did not ask for proposals from scientists investigating the cavity-causing effects of particular foods or of sugar consumption in general.

In other words, the sugar industry appears to have successfully persuaded government health authorities from funding any studies that might categorize foods by their cavity-promoting characteristics or that might lead to policies that persuaded people to eat less sugar.

Instead, the industry got the government to fund studies on vaccines to prevent tooth decay and on products (such as a enzyme powder that could be consumed with sugary foods) to make cavity-causing bacteria less destructive to teeth.

Neither of those research approaches was successful.

In the meantime, Americans continued to consume more and more sugar. As Michael Jacobson, executive director of the Center for Science in the Public Interest (CSPI), points out in a commentary posted on the PLOS website, the U.S. consumption of caloric sweeteners (mostly sugar and high-fructose corn syrup) rose 25 percent between 1970 and 1999.

“Whether more research on the cariogenicity of foods would have tempered or even reversed that trend — and reduced the prevalence of caries, obesity, and other diseases — is impossible to know, “Jacobson writes.

But other research, he points out, has “strongly implicated refined sugars, especially in beverage form, in the causation of obesity, diabetes, and heart disease.” And that research has, of course “spurred campaigns by consumer groups, the American Heart Association, the Centers for Disease Control and Prevention, and local and state health departments to rein in sugar and sugar-drink consumption.”

Will those campaigns be successful this time around?

We’ll have to wait and see. But as both Jacobson and the USCF researchers stress, although the documents discussed in the PLOS Medicine paper are several decades old, they still offer, in the words of one of the researchers, “a stark lesson in what can happen if we are not careful about maintaining scientific integrity.”

The sugar industry is currently trying to persuade health officials for both the U.S. government and the World Health Organization to back down on their recent separate but similar recommendations that people limit their “free” sugar intake to less than 10 percent (at least) of their daily calories.

Industry’s opposition to such proposals “should be carefully scrutinized to ensure that industry interests do not supersede public health goals,” write the USCF researchers.

You can read the entire research paper on the PLOS Medicine website. Jacobson’s commentary can be found at PLOS Blogs. (Full disclosure: Many years ago, I worked as a writer/editor for CSPI.)

How the sugar industry influenced government research on dental cavities