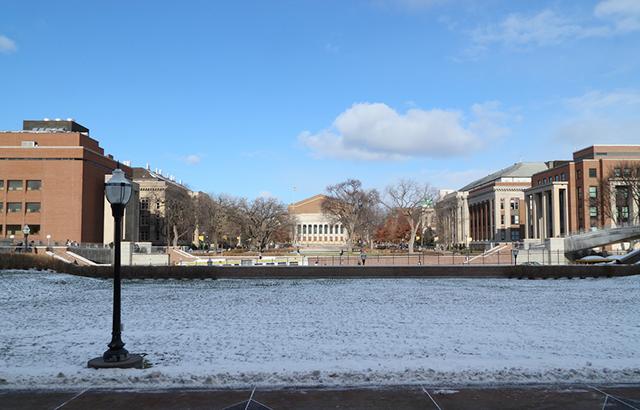 Creative Commons/A Gude
The new report is a stunning rebuke of the university’s handling of the tragic and troubling case of Dan Markingson.

In response to a scathing report released Thursday by the Minnesota Office of the Legislative Auditor, the University of Minnesota has announced that it is suspending enrollment into interventional drug studies being overseen by its psychiatry department until independent reviewers can determine that the studies fully protect all patients.

The university also said it intends to appoint a “community oversight board” of outside experts to make sure patients are protected in clinical trials going forward.

“We are now aware that some of our practices have not been above reproach,” wrote University President Eric Kaler in a letter that was submitted along with the auditor’s report to the Minnesota State Legislature. “We regret not identifying our own shortcoming ourselves, and are committed to being transparent and responsive as we move forward.”

The new report is a stunning rebuke of the university’s handling of the tragic and troubling case of Dan Markingson, a mentally ill young man from St. Paul who committed suicide in 2004 while enrolled in a U of M industry-sponsored clinical trial of the antipsychotic drug quetiapine (Seroquel).

According to legislative auditor James Nobles, the university’s repeated insistence in recent years that the Markingson case has been fully reviewed — and that the university and its personnel, including Dr. Stephen Olson, the psychiatrist who oversaw the Seroquel study, have been cleared of any and all wrongdoing — is misleading.

“We do not think it is possible to know whether Dan Markingon’s suicide was connected to his participation in the University clinical drug study; the suicide of a person with serious mental illness may involve many contributing factors,” Nobles writes. “However, the Markingson case raises serious ethical issues and numerous conflicts of interest, which University leaders have been consistently unwilling to acknowledge. They have repeatedly claimed that clinical research at the University meets the highest ethical standards and dismissed the need for further consideration for the Markingson case by making misleading statements about past reviews. This insular and inaccurate response has seriously harmed the University of Minnesota’s credibility and reputation.”

“The Markingson case shows that one death can create not only a personal and family tragedy but also a public controversy that can seriously damage the University’s reputation,” he adds.

Nobles notes in the report that the U’s unwillingness to address the questions of ethics and conflicts of interest that have arisen from the Markingson case was demonstrated as recently as late last month, when a separate external review of the institution’s clinical research programs was released by the Association for the Accreditation of Human Research Protection Programs.

The findings of that independent review were “far-reaching,” “substantive,” and “damning,” writes Nobles, yet Kaler and the university responded with a statement that was “disappointing because it again tried to diminish the importance of the problem.”

In his report, Nobles details the insufficiencies of earlier reviews of the U’s handling of the Markingson case, including what he describes as the “superficial” investigation into Dan Markingon’s suicide by the U’s Institutional Review Board (IRB).

Nobles’ report also cites a remarkable example of conflict of interest involving another review of the Markingson case — one that was conducted by the Minnesota Board of Medical Practice, which regulates physicians and other medical professionals in the state. This review was undertaken when Markingson’s mother, Mary Weiss, filed an ethical complaint against Olson — a complaint that was dismissed after an “independent expert consultant” hired by the board reviewed the case.

Those conflicts of interest included being a member of the U’s IRB at the time the IRB approved the study in which Markingson participated, being the director of the medical center where the Seroquel clinical trial took place and being a paid consultant to AstraZeneca, the drug company that manufactures Seroquel.

Indeed, the “independent” expert received more than $83,000 in payments from AstraZeneca in 2006 alone, according to Nobles.

None of the information in the legislative auditor’s report surprised Dr. Carl Elliott, a professor of bioethics at the U, who has been pressing for many years to have independent investigators look into how the university recruited Dan Markingson for the Seroquel study and how it continues to enroll other vulnerable patients into psychiatric drug trials.

“It’s nice to have an independent confirmation of what we’ve been telling the university for five years, but which they have refused to listen to,” he told MinnPost on Thursday.

Elliott said he is not convinced, however, that Kaler and other university leaders are going to take responsibility for what happened in the Markingson case — or take the necessary steps to fix the problem going forward.

“One of the most worrying findings in the report was the widespread belief on campus that the university leadership doesn’t care about human study subjects,” he said.

Leigh Turner, another U bioethicist who has also been outspoken about the issues raised by the Markingson case, expressed similar concerns. “Can we expect reform from the very people who have done nothing for the past several years?” he said in a phone interview.

“I hope there’s some change,” he added. “But the fact that [Markingson died in 2004] and it’s now 2015, I think hope has to be tempered with a dose of realism. There are some very powerful forces interested in minimizing the findings and suggesting that there are only minor things that need to be done.”

Turner believes the best chance for change at the university may come from the state legislature.

“I don’t expect the university to take particularly meaningful steps. They are invested in the status quo,” he said. “But I do think there is a moment here for state legislators to do something, and the question is whether or not they will do that.”

Here are other key findings from the legislative auditor’s report:

You can read the legislative auditor’s full report at the agency’s website.