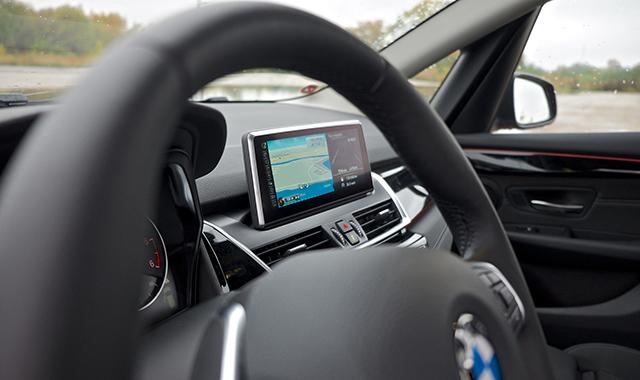 As I’ve recounted here before, two close relatives of mine have terrible trouble telling right from left. Road trips with them are always full of wrong turns, particularly when I’m driving in unfamiliar territory and they’re navigating.

“Turn right here,” my navigator will say. I dutifully make a right turn, only to hear the navigator shout, “I said to turn right!”

When I point out that I am turning right, the navigator will inevitably pause and then say quietly, “ Oh. Sorry. I meant turn left.”

So it was with bemused interest that I downloaded and read a new study from a team of researchers in Belfast that examines this “left-right discrimination” phenomenon. As the study makes clear, though, difficulty telling left from right has some potentially serious healthcare-related ramifications — ones that go well beyond minor issues of road-trip squabbles.

Why do so many people struggle with left-right confusion? Yes, left-handed people seem to be more prone to the problem than their right-handed peers, but that difference does not explain the phenomenon.

“Left-right discrimination is a complex neuro-psychological process involving several higher neurological functions, such as the ability to integrate sensory and visual information, language function and memory,” writes Dr. Gerard Gormley, one of the study’s co-authors and a general practitioner at Queen’s University Belfast, in an article for the online media outlet The Conversation. “For some it is second nature but for others a considerable challenge.”

Effects can be ‘devastating’

Getting individuals to acknowledge that challenge is important — for all of us. “It’s hardly the end of the world if you take the wrong direction on a journey,” writes Gormely, “but there are many situations where confusing right from left can have devastating consequences.”

Those potentially devastating situations pop up frequently in medicine, which is why Gormley and his colleagues decided to study the problem and why they’ve published their findings in a journal called Medical Education.

“Some of the most tragic errors in medicine have been when surgery was performed on the wrong side of a patient: removing the wrong kidney or amputating the wrong leg,” Gormley writes (with British spellings). “While there are systems, checks and balances in place to anticipate and minimise these kinds of mistakes, when they do occur, human error is often at the root of the cause.”

According to the Joint Commission, an independent hospital-accrediting agency, wrong-site surgery occurred an estimated 40 times a week in U.S. hospitals and clinics in 2011.

To get a better idea of the effect that left-right discrimination problems have in a medical environment, Gormley and his colleagues recruited 234 second-year medical students. They measured the students’ ability to distinguish right from left while also subjecting them to “typical clinical ward noise” (human voices, monitor alarms and telephones) and interrupting them with a string of clinical questions. (Some students — the control group — were measured in a quiet room, without any distractions.)

“Our findings were startling,” writes Gormley. “Even the background noise of a ward environment was enough to throw some medical students off when making right-left judgments. Asking them a series of questions while they were trying to distinguish right from left had an even greater impact.”

Gormley and his colleagues also asked the medical students to rate their ability at distinguishing left from right before they undertook the test. The results indicated that a significant number of students overestimated their ability to perform the task — “an area of concern,” write the researchers.

“Left-right discrimination represents a human factor patients safety issue that is pertinent in a wide range of clinical contexts,” Gormely and his colleagues conclude. They recommend that medical students be better trained to recognize and address the “challenges of making right-left decisions and the impact that distractions can have on such critical decisions.”

Minimizing distractions in healthcare settings is especially important, they add.

You can read the study on the Medical Education website. If you want to see how well you do distinguishing left from right, try this online test.