The Minnesota Department of Health (MDH) announced today a new plan for lowering the state’s infant morality rate — a plan that focuses on reducing socioeconomic disparities across racial and ethnic groups.

“It highlights the fact that to be healthy — particularly for infants to be healthy — it takes a lot more than just one thing to do that,” said MDH Commissioner Dr. Edward Ehlinger in an interview with MinnPost on Wednesday. “It takes a real broad-based community effort on all the social and economic and health care determinants of health to really make an impact.”

Those determinants include, he added, such things as income, education, housing, a clean environment, access to healthful food and transportation, and employer policies on paid sick leave and maternity leave.

As the plan makes clear, Minnesota’s inequities in these and other areas are preventing many infants from having a healthy start to their lives, sometimes with devastating results.

Each year, about 380 infants die in Minnesota before reaching their first birthday. That’s about five of every 1,000 infants born in the state.

“To deal with health equity, we have to have a conversation about what creates health,” Ehlinger said. “We have to change the notion that health is just about medical care and just about personal choices, like exercising and eating well and not using drugs. We have to realize that social-economic circumstances impact health.”

“We do well,” said Ehlinger, “but we could do a whole lot better.”

A closer look at Minnesota’s data also reveals some significant — and disturbing — racial and ethnic disparities. More than twice as many babies born in Minnesota to African-American and American-Indian mothers are likely to die before their first birthday than babies born to white mothers.

That’s one of the largest infant mortality gaps in the country.

Even when babies are born full term and/or at normal weight to African-American or American-Indian mothers, they are two to three times more likely to die by age 1 than babies born to white mothers. 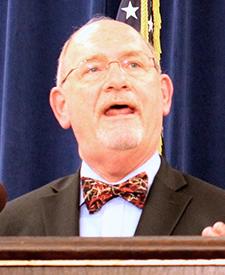 The leading causes of infant deaths also differ by race. In Minnesota overall — and among Asians, Hispanics and whites — the primary cause of infant deaths are birth defects, such as spina bifida or anencephaly.

Most African-American babies, however, die due to complications associated with a premature birth. Among the risk factors for prematurity are several socioeconomic factors, such as inadequate health care during pregnancy, exposure to certain environmental pollutants, long working hours that include long periods of standing and lack of social support. Teenage mothers are also more likely to deliver their babies prematurely.

The leading cause of deaths among American-Indian infants is sudden unexpected infant death (SUID), which includes suffocation resulting from unsafe sleep practices (putting the infant to sleep on his or her stomach and/or on soft surfaces). Low-income mothers are less likely to be aware of safe-sleep practices, research has shown. Another strong risk factor for SUID is smoking during pregnancy, and smoking is more common among American-Indian women than among women of other racial and ethnic groups.

The MDH’s plan makes several broad recommendations, including ones aimed at reducing the rate of SUIDs, improving the way the state monitors infant deaths, lowering the rate of preterm births, preventing teen pregnancies, and providing more comprehensive and culturally appropriate health care to all women of childbearing age.

Specific tactics for implementing these recommendations will be released by MDH officials later this year.

Such tactics are likely to include such social policies as expanding paid pregnancy leave to more women. “We know by some studies that 10 weeks of paid maternity leave could decrease infant mortality by 10 percent,” said Ehlinger.

The United States is also one of only a handful of industrialized countries without mandatory paid sick leave — a policy also linked to healthier pregnancies and infants, he added.

“The people in this country who do have paid maternity leave and paid sick leave are usually higher income, better educated and generally the white population as opposed to people of color and American Indians and low income populations,” said Ehlinger. “The people who would benefit the most from those social policies aren’t receiving them.”

Will affect ‘everything we do’

As the MDH plan makes clear, Minnesota is becoming an increasingly diverse state, so ignoring socioeconomic health disparities is no longer a viable option.