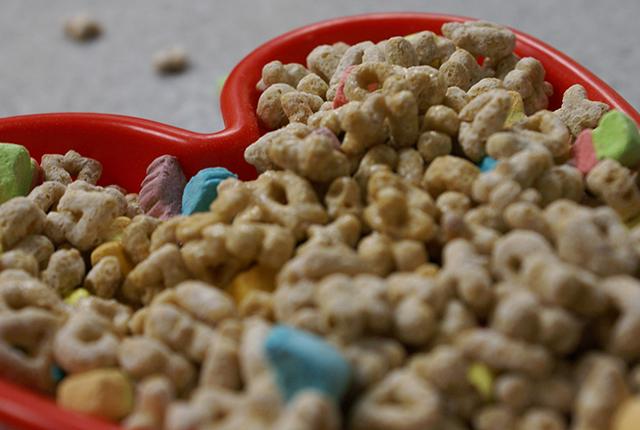 Creative Commons/laffy4k
Caloric sweeteners of one kind or another “are added to 80 percent of the 600,000 food products available in the U.S.”

In a compelling commentary published in the Star Tribune Sunday, Rochester-based health writer Paul John Scott makes the argument that Minnesota, through its economic connections to sugar, “has done as much as, if not more than, any other state to foster the global diabetes epidemic.”

In fact, Minnesota is to sugar as Kentucky is to tobacco, he says.

As Scott, who recently became the health reporter for the Rochester Post-Bulletin, points out, “sugar is on the way out, and its stock is diving just as many other forbidden foods [such as eggs, butter and bacon] are being rehabilitated.”

Also on its way out is that old “calories in, calories out” meme, which Big Food uses to misdirect us, says Scott. (See the documentary “Fed Up,” for details, he adds.)

Just how far sugar’s stock has fallen was illustrated last February, when the advisory committee for the 2015 U.S. Dietary Guidelines recommended that Americans curtail their sugar consumption to no more than 10 percent of their daily calories, or about 12 teaspoons daily for adults.

In March, the World Health Organization (WHO) issued a similar health advisory about sugar, although its experts said that limiting sugar intake to less than 5 percent of total daily calories (6 teaspoons daily) would be even better for people’s health.

A threat to the bottom line

That has Big Food very, very worried, for, as Scott points out, caloric sweeteners of one kind or another “are added to 80 percent of the 600,000 food products available in the U.S.”

“If we eat anything with a label we simply have to eat sugar,” he explains. “Bread, salad dressing, ketchup, frozen food — under one of its 56 names, sugar is in everything.”

So anything that encourages people to eat less sugar — and, heaven forbid, figure out how much sugar is in the processed food they’re purchasing — will hurt the bottom line of the food industry.

And then there’s the growing worldwide movement to tax sugary products — a movement, by the way, driven by economics as well as by health concerns. As Scott notes, earlier this year economists at Morgan Stanley issued a report (“The Bitter Aftertaste of Sugar”) that calculated how sugar — as a driver of the global diabetes epidemic — would negatively impact (through such factors as premature deaths and lower productivity) the workforces of various countries, particularly in the United States.

“The investment house said that if 20-year projections prove true, the economic future looked brightest in economies eating the lowest-sugar diets: Italy, France, Switzerland, Japan and Korea,” writes Scott. “Credit Suisse released a similar report in 2013, calling for taxation on sugary foods and drinks. Again, these aren’t the worries of the food police; they are coming from people who work late and eat General Tso’s chicken at their desk.”

The impact on Minnesota

So why should these developments be of particular concern to Minnesota.

“We may not be the home of Coke or PepsiCo,” writes Scott, “but a host of examples suggest that if sugar is the new tobacco, Minnesota is the new Kentucky.”

Consider Cargill. In 2014, the global commodities behemoth announced an alliance with the Brazilian firm Copersucar, otherwise known as the world’s largest sugar trader. The ensuing company was named Alvean, for “movement of white,” and plans to coordinate the production and transport of raw sugar from ports and factories across the globe. The global sugar trade is 60 million tons. …

Out in Golden Valley, General Mills is also dependent on the sale of sugar. (Sweetened products make up nearly one-fifth of its line, according to Morgan Stanley.) With its cereals, yogurts and prepared foods, the company has recently been paying for our “changes in eating habits,” to use the corporate euphemism (another way of putting it: our “desire for survival”). The company recently shed 800 jobs, joining the retrenching underway at Kellogg’s (2,000 jobs), Coke (3,900 jobs) and Pepsi (8,700 jobs). …

American Crystal Sugar and Minnesota beet and corn growers are in for a surprise when sugar becomes Public Enemy No. 1. With 24,000 sugar workers, Minnesota employs more people growing and making the stuff than does any other state; in the Red River Valley, beets pump $3 billion into the local economy.

Thanks to the farm bill, Minnesota plants more than 8 million acres with corn, a portion of which help flood the zone with cheap high-fructose corn syrup, a demonized ingredient that is arguably no worse than sugar, but surely no better, either. When diabetes spreads like the plague over the land, you have to figure those subsidies will be the first thing to go.

As for beets, we prop up their price with legislative heroics (U.S. Sens. Amy Klobuchar and Al Franken made sure of that in 2013). Price supports arguably keep sugar prices high, so their health consequences are limited, but they also prolong our dependency on a crop that will soon face tax penalties, label warnings, policy punishments and declining public favor.

And then, adds Scott, there’s the University of Minnesota, “home to an influential if less-well-known Minnesota link to sugar — the food-industry-funded Department of Nutrition and Food Science” (with its General Mills Endowed Chair of Cereal Technology).

“If you are wondering why we are just now seeing the advice to include ‘added sugars’ and upper limits for sugar on the Nutrition Facts panel,” writes Scott, “it’s thanks in part to the fact that the last time the [advisory committee] met, a food-industry-funded U nutritionist, Joanne Slavin, led the committee in charge of surveying the science on sugar. In keeping with the industry-preferred position, she views sugar as a ‘discretionary calorie’ but no more harmful than any other calorie. The notion of sugar causing diabetes seemed to be off her committee’s radar entirely.”

You can read Scott’s commentary on the Star Tribune’s website.