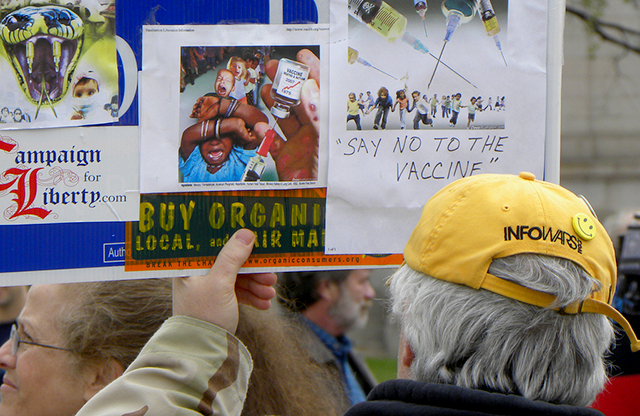 I have found that when I talk with individuals (including some of my own relatives) who hold medical-related beliefs thoroughly disproven by science — that vaccines can cause autism, for example, or that homeopathy can alleviate symptoms of disease — they quickly dismiss any reference I make to evidence-based research that has been conducted and published on the topic.

“Oh, you can’t believe studies,” they tell me. “It’s all lies, published by scientists and companies who have a vested interest in the results.”

I, of course, then try to explain that, yes, plenty of studies are influenced by financial interests — corporate or otherwise — and that those influences can lead to skewed data, making the results misleading at best and fraudulent at worst.

But not all studies and scientists are biased, I add. Indeed, there’s a growing and increasingly effective movement by researchers, physicians, patients, patient advocacy groups and even some editors of medical journals to make research studies more transparent and everybody involved in the process much, much more accountable.

And, anyway, on topics like vaccines and homeopathy the science is unequivocally clear: Childhood vaccines are both safe and effective at preventing serious and potentially life-threatening diseases. Homeopathy, on the other hand, is not effective and sometimes not safe as well.

Still, with so many cases of research misconduct hitting the headlines in recent years — including, I might add, the well-publicized 1998 Lancet paper that fraudulently suggested a connection between vaccines and autism — it’s little wonder that people are skeptical.

Last week, in a commentary published online in the journal Mayo Clinic Proceedings, New York University (and former University of Minnesota) bioethicist Arthur Caplan called on scientists and physicians alike to step up and take action against “the pollution of science and medicine by plagiarism, fraud, and predatory publishing.”

“If the medical and scientific communities continue to remain in publication pollution denial, the trustworthiness, utility, and value of science and medicine will be irreparably damaged,” he warns.

To illustrate just how dire — and absurd — the situation has become, Caplan describes the recent experience of a Harvard researcher who used a random text generator to create a nonsensical research paper, which he titled “Cuckoo for Cocoa Puffs?: The Surgical and Neoplastic Role of Cacao Extract in Breakfast Cereals.” After giving the paper two fake authors (Pinkerton A. LeBrain and Orson Welles), he then sent it to 37 medical journals. 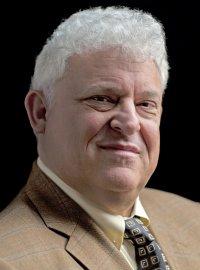 The journals willing to accept and publish such bogus papers are known as predatory publishers — essentially fake, non- or poorly-peer-reviewed, profit-driven journals that will publish just about anything if the author is willing to pay a high fee. They are a big — and growing — problem in science. By some estimates, as many as 25 percent of all open-access journals are predatory, reports Caplan.

“Not only do they provide opportunities for the unscrupulous in academia and industry to pad their curriculum vitaes and bibliographies with bogus articles and editorial appointments, they also make it difficult for those involved in the assessment and promotion of scholars to discern value from junk,” he writes.

“Worse,” he adds, “publication pollution lessens the impact of legitimate science in the formation of public policy, undermining public health, weakening the overall value of legitimate publications in influencing policy, and creating opportunities for the continued power of crackpot views that corrode many areas of public life, such as vaccination, fluoridation, and the prevention and treatment of diseases, such as autism, AIDS, and cancer.”

Misconduct — both outright fraud and plagiarism — are also “polluting” scientific publication. In a recent survey of scientists, 2 percent admitted to falsifying or fabricating data at least once and almost 34 percent acknowledged they had engaged in other “questionable research practices,” writes Caplan.

(Retractions of scientific papers for misconduct has been increasing in recent years, but whether this trend is due to more researchers engaging in scientific fraud or to journals becoming more aggressive in retracting such papers is not clear.)

As for plagiarism, “editor friends of mine from many fields of medicine and science tell me that they must spend inordinate amounts of time checking for plagiarism in submissions they receive,” writes Caplan. “Unfortunately, the plagiarism problem appears to be increasing even as various computer software programs emerge to detect it.”

Caplan fails to mention, however, another major area of publication misconduct — how pharmaceutical and medical device companies, aided by willing (and well-paid) physicians and academic institutions, introduce bias into the outcomes of studies involving their products. The companies will design a study in a way that ensures positive outcomes, for example, or only publish the study if its results reflect well on their drugs and devices.

In the not-so-distant past, many industry-funded studies would fail to mention that a pharmaceutical or medical device company had funded the research — or that one or more of its authors (and/or the authors’ academic institutions or clinics) had been handsomely paid by the company to conduct the study.

“All these polluting factors detract from the ability of scientists and physicians to trust what they read, devalue legitimate science, undermine the ability to reproduce legitimate findings, impose huge costs on the publication process, and take a toll in terms of disability and death when tests, treatments, and interventions are founded on faulty claims,” writes Caplan.

“The time for a serious, sustained international effort to halt publication pollution is now,” he adds. “Otherwise scientists and physicians will not have to argue about any issue — no one will believe them anyway.”

The commentary can be read in full through the Mayo Clinic Proceedings website.