Using MRI, researchers recorded in real-time what happens inside a joint when it cracks.

On Wednesday, two Canadian researchers announced that they might have resolved a decades-long debate in the scientific community about what causes the sound of a knuckle “cracking.”

The findings also offer a clearer understanding of how joints work — one that may eventually lead to better prevention or therapeutic treatments for joint-related problems.

Back in 1947, two British researchers proposed that the sound of a knuckle cracking comes from the creation of a gas cavity within the joint’s synovial fluid (a substance that lubricates the joints), just before the joint’s surfaces separate. But in 1971, another group of British bioengineers came up with a different theory: that the cracking sound occurs not when the gas bubble forms, but when it pops.

Other theories have been proposed as well, but the “bubble popping” hypothesis is the one that’s been generally accepted.

Until now, that is. The findings from the current study, led by Gregory Kawchuk of the University of Alberta and published Wednesday in the journal PLOS ONE, support the 1947 theory.

Using magnetic resonance imaging (MRI) video, Kawchuck and his colleagues observed what happens in real time as a joint cracks. They got a volunteer (a chiropractor who first brought the dueling theories about joint cracking to Kawchuk’s attention) to insert the joints of his fingers, one by one, into a tube within an MRI machine. The tube was connected to a cable that slowly pulled each knuckle just to the point when it separated.

The MRI video revealed that a gas-filled cavity formed rapidly within the joint’s synovial fluid at almost the very moment the separation occurred. In fact, the separation happened within 310 milliseconds of the cavity’s creation.

The video did not show any collapsing, or “popping,” of the cavity.

“It’s a little bit like forming a vacuum,” Kawchuk said in a released statement. “As the joint surfaces suddenly separate, there is no more fluid available to fill the increasing joint volume, so a cavity is created and that event is what’s associated with the sound.”

The researchers also noticed a white flash on the MRI video just before the joint separated — something that had never been observed before. They say the flash may be an indication of the sudden drawing together of water within the joint. 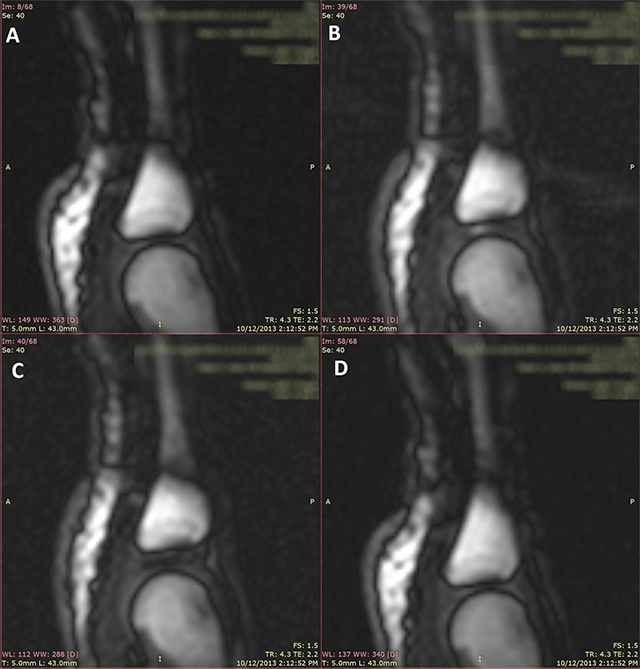 Kawchuk and his colleagues plan to continue their research using even more advanced MRI technology. For although this study’s findings are compelling, they do not yet prove that cavity formation is behind the sound of a knuckle cracking.

To begin with, the MRI was not equipped with a microphone to capture the sound of the joints cracking. In addition, the experiment involved only one person’s joints.

(That someone — the chiropractor — was exceedingly proficient at cracking his knuckles, however. “It was like having the Wayne Gretzky of knuckle cracking on our team,” Professor Kawchuk told CNET reporter Michelle Starr.)

Knuckle cracking, by the way, is apparently quite popular. Surveys have reported that up to 54 percent of people regularly crack their knuckles for a physical release (to feel “looser”), an action that can become a habit.

Fortunately, studies have found that knuckle cracking is not associated with the development of arthritis, but whether it can damage, over time, the soft tissue (ligaments and tendons) around the joints remains unclear.

As Kawchuk told Reuters reporter Will Dunham, not only may knuckle cracking do no harm, the ability to crack one’s joints may be a positive health indicator.

“Why do the same joints crack in some people and not others?” Kawchuk asked. “Although speculative, we wonder if being able to crack ones joints is a sign that the joint is actually healthy and that the inability to do so could be a sign of joint problems to come.”

PLOS ONE is an open-access journal, so you can read Kawchuk’s study in full on that website.  The researchers also released an MRI video (above) that shows the gas cavity being formed at the moment a joint is cracking.