The ongoing controversy about the overprescribing of antipsychotic drugs is the focus of an article published last week in BuzzFeed. The article doesn’t cover any new ground, but science writer Cat Ferguson provides a good overview of how a class of drugs known as atypical antipsychotics — medicines brought on the market in the 1990s to help people with schizophrenia — have been “successfully pushed for their use in far more common mental illness, such as dementia, childhood conduct disorders, and especially depression.”

And it seems the American public needs to be reminded of this controversy. For, despite serious safety and effectiveness concerns, the nonpsychotic use of these drugs — which include aripiprazole (Abilify), quetiapine (Seroquel) and olanzapine (Zyprexa) — has soared over the past decade. In 2014, U.S. physicians wrote more than 26 million prescriptions for atypical antipsychotics, reports Ferguson.

At more than $450 a bottle, Abilify was prescribed to nearly 9 million Americans in 2014 and grossed $7.89 billion — making it the second best-selling drug in the U.S., just behind the new (and very expensive) hepatitis C drug Sovaldi, according to healthcare analytics company IMS Health.

Many psychiatrists and scientists worry about this antipsychotic boom. They point out that there’s limited evidence of the drugs’ usefulness in treating depression over the long term [one study found that the drugs are effective in only one in nine people with depression], and that they have serious side effects, such as sedation, dramatic weight gain, and an increased risk of diabetes. In about one-quarter of cases, these drugs also cause akathisia, a pronounced feeling of restlessness described as making you want to jump out of your skin.

As one expert tells Ferguson, antipsychotic medications should be used “sparingly” in cases involving nonpsychotic disorders. Other experts describe for Ferguson the troubling shortcomings of the studies touted by drug companies as evidence that atypical antipsychotics are effective in treating one such disorder, depression — especially the fact that those studies tended to follow people for only a short period of time (generally 12 weeks or less). 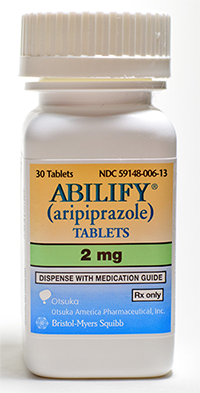 Yet, as Ferguson reports, not only are these drugs overprescribed for depression, they “are now commonly prescribed to calm patients with dementia, despite the fact that the drugs double the risk of death (and that the drugs’ labels now warn against their use in dementia). Doctors also prescribe them for behavioral issues in young children, who are particularly vulnerable to side effects like weight gain and type 2 diabetes. The effect of antipsychotics on the developing brain is also not well-understood.”

One of the reasons for the overuse of antipsychotics, writes Ferguson, is “because writing a prescription for a pill is so much cheaper and easier than therapy. According to the National Hospital Ambulatory Medical Care Survey, a government analysis of outpatient care, between 2005 and 2009, only 23 percent of doctor visits that ended in an antipsychotic prescription included any kind of therapy. The rest were just a doctor writing a prescription.”

Ferguson includes in her article what she rightfully describes as a “stunning statistics”: the fact that “every pharmaceutical company that markets an atypical antipsychotic has been investigated for misleading marketing under the False Claims Act.”

And those investigations have led to some significant settlements. For example:

Bristol-Myers Squibb agreed to pay $515 million to the U.S. government, in part for inappropriately marketing Abilify to children and the elderly.

Eli Lilly paid $1.4 billion, at the time the largest criminal fine levied against a corporation in U.S. history, to settle a case that included marketing Zyprexa for depression before it was approved, as well as producing “The Myth of Diabetes,” a training film teaching sales reps how to downplay the fact that weight gain from Zyprexa can cause the disease.

AstraZeneca paid $520 million to settle a suit that accused them of, among other things, hiding a study that found Seroquel users gained 11 pounds a year while advertising that people lost weight on the drug, and marketing the drug as a treatment for depression without FDA approval.

Last month, Abilify became the last of the atypical antipsychotics to have its patent expire. With cheaper generics now available, the drugs’ original developers will no longer be as aggressive in marketing their brand-name equivalents.

“So now the question is, how will this drop in advertising affect sales?” asks Ferguson. “Will taking the pressure off doctors and consumers spur a drop in prescriptions — or is this surge in antipsychotics the new normal?”

You can read Ferguson’s article on the BuzzFeed website. Consumer Reports has published several lengthy reports on this issue in recent years, including a 2013 report on the “Use of Antipsychotic Medications ‘Off-Label’ to Treat: Anxiety, ADHD, Depression, Insomnia, and PTSD.”

Has the overprescribing of antipsychotics become the new normal?